The U.S. natural gas supply has reached an all-time supply, which tells us the crime Andrew Cuomo is committing by denying the stuff to fellow New Yorkers.

Thanks to technological advancements and innovation, the United States has a growing abundance of natural gas “proved reserves” according to the Potential Gas Committee biennial assessment of the country’s gas supply.

The report finds that the United States possesses 3,374 trillion cubic feet (Tcf) of recoverable natural gas assets, the highest it’s forecast in the history of the Committee representing a 20 percent increase from 2016. 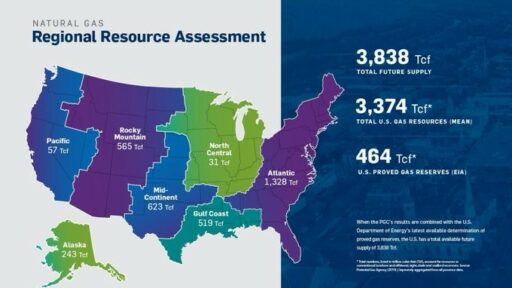 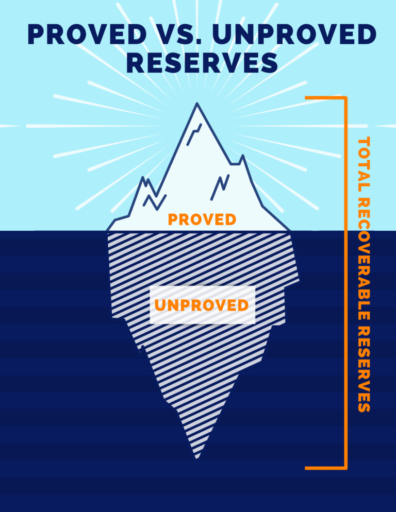 Each year, the amount of natural gas in each type of reserves changes. As technology and science improves, unproved reserves are then moved to the proved reserves category as they are now able to be recovered successfully.

How Much Gas is That?

A few years ago, we illustrated the power of 1 Bcf in the video below:

To help explain how much gas is stored below the U.S., ready to be recovered, we did a little math.

To give you some perspective, the 3,740,000 billion cubic feet (Bcf) of unrecovered natural gas can power over 12 trillion TVs non-stop for a century, it can provide electricity to over 82 trillion homes for a year, fuel a cross country road trip over 286 trillion times, and most impressively, fuel over 1.8 trillion rocket trips to the moon and back.

That’s a lot of gas, and as an industry, we look forward to safely and responsibly developing it to power our economy for many more decades.

The Appalachia region, specifically the Marcellus and Utica shales, contain the country’s richest supply of this natural gas. In fact, the United States is expected to account for more than half of the global natural gas supply growth through 2035, McKinsey & Company said in a new report.

According to the August 2018 report issued by the PA Department of Environmental Protection (DEP), 44 percent of the natural gas being produced in the Commonwealth is coming from the Endless Mountains (Bradford, Sullivan, Susquehanna, and Wyoming counties). What is even more impressive is that more than four percent of all the natural gas in the United States being produced solely in Susquehanna County alone.

“Thanks to shale and production from Appalachia, the U.S. has rapidly transformed from a nation increasingly reliant on energy imports to the global leader in natural gas production. This positive shift in America’s energy outlook continues to drive meaningful economic and environmental progress while boosting national security.”

Some key takeaways from the report include:

“The United States possesses a total mean technically recoverable resource base of 3,374 trillion cubic feet (Tcf) as of year-end 2018. This is the highest resource evaluation in the Committee’s 54-year history, exceeding the previous high assessment (from year-end 2016) by 557 Tcf (increase of about 20%).”

“The largest volumetric gains (264 Tcf or 25%) were reported in the Atlantic area. The major reason for the increase is new drilling and production results from Marcellus and Utica shale plays in the Appalachian basin.”

In conclusion, the Potential Gas Committee’s report gives evidence that the nation’s untapped natural gas supply is plentiful. The responsible development, transport and use of this natural gas will promote economic stability and our nation’s status as being energy independent.

In order to remain energy independent and provide affordable energy to the nation, the United States should encourage safe and responsible natural gas development, not restrict it.

Editor’s Note: Perhaps the most staggering fact about this report is that the sitting Governor of New York, a corrupt politician if there ever was one, sits next door to the region producing this record natural gas supply and refuses to approve pipelines that would deliver it to gas-starved fellow New Yorkers as well as neighboring New Englanders. The man is a monster, an amoral Stalinist at the core when it comes to governing, one who is willing to play politics with people’s lives for the sake of green virtue signaling and his own advancement.

One thought on “Natural Gas Supply in U.S. Reaches An All-Time High”