The Energy Information Administration’s most recent Natural Gas Monthly report offers all the natural gas statistics one needs to understand the unstoppable nature of the industry.

The Energy Information Administration (EIA) is one of those anomalies of government – an agency that actually produces huge quantities of vital information on a timely basis in a format that is usable by lay people and experts alike. I know of no other Federal agency so good it what it does. It puts out numerous reports on a regular basis covering everything you imagine on the subject of energy, including something called the Natural Gas Monthly. This month’s version caught my attention and as I checked through the various tables and charts, I was struck by the overwhelming message of all these natural gas statistics; that natural gas is going to be a huge and growing part of our economy for decades to come.

The message is dramatically conveyed by several charts found in the August 29 report, which covers the period through June. They present the natural gas statistics in very understandable way that requires little commentary. Here are the ones that best explain what’s happening: 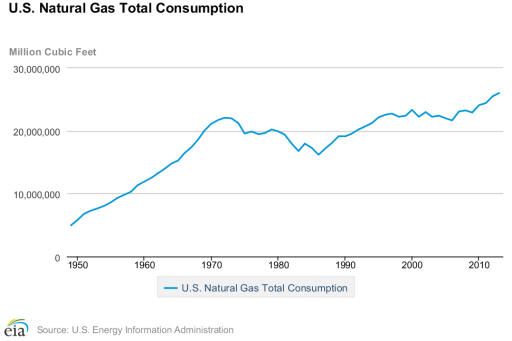 Between 1970 and 2006, nature gas consumption changed relatively little but the impact of the shale revolution is easily apparent after that. Total consumption in 2013 was 26,037,347 million cubic feet (that’s 26 trillion for those of you who belong to the fractivist camp), the highest ever and up four trillion cubic or 18% from 2006.

Where is the gas being used? Pretty much everywhere, according to the natural gas statistics gathered by EIA. This chart depicts monthly residential use of natural gas and the peaks typically represent January natural gas use for each year. 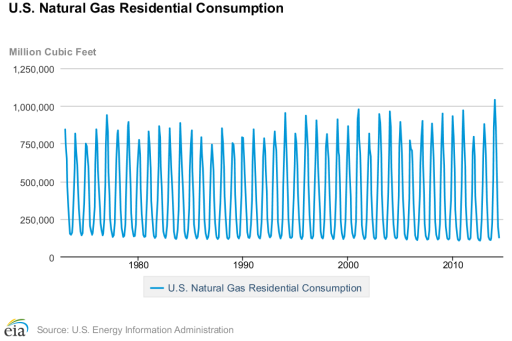 While 2013 was not the biggest year ever for residential natural gas use, it was the biggest since 2003 and January, 2014 set an all-time monthly record.

We see similar patterns for commercial and industrial use of natural gas: 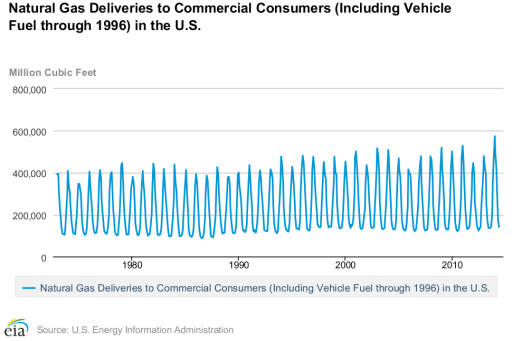 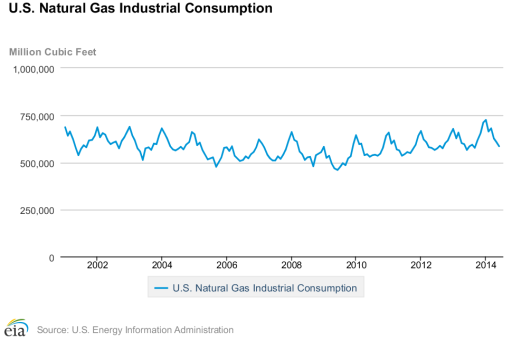 Natural gas consumption for electricity generation is easier to examine on an annual basis and 2012 was the banner year with 2013 being the second highest year ever. 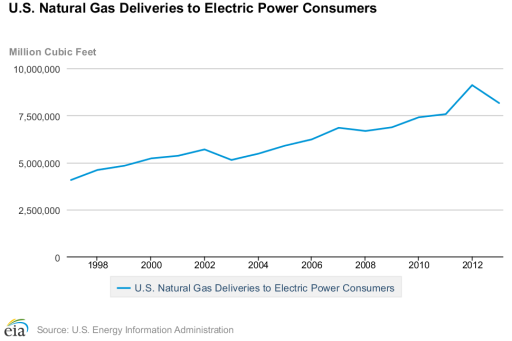 There is no question natural gas usage is increasing. but there are other interesting trends as well. Consider, for example, imports and exports : 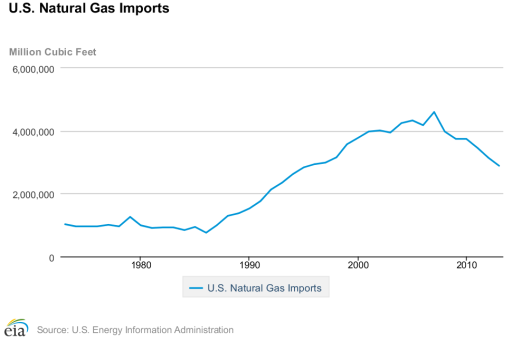 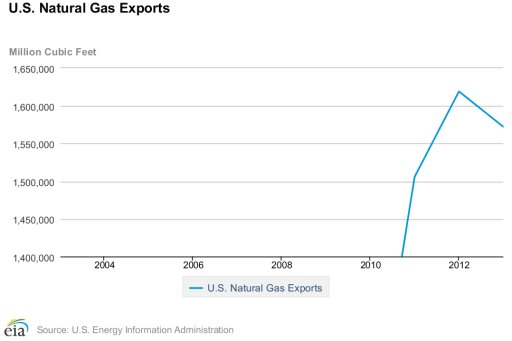 The contributions of natural gas to our economy, otherwise languishing, have been nothing short of tremendous. The steel industry has seen a revival due to it, the petrochemical industry may make Philadelphia the next Houston, manufacturing is coming back to the US due to cheap energy and home owners have experienced major savings on their heating bills. Natural gas statistics reveal this industry is here to stay and it will only grow from here with CNG vehicles and LNG exports.