While the Southern Tier of New York starves for lack of the economic development natural gas development would bring to the region, New York State went out of its way to fund natural gas infrastructure that has helped save 600 NY jobs in the North Country. What political disease is it that so infects the minds of New York State leaders that they feel compelled to ignore this contradiction in pursuit of political correctness? How is that a governor happy to make natural gas available to save jobs sees no duplicity in bashing the very industry that provides it?

Those are the questions that arise as one reads this good news story about a virtual natural gas pipeline serving the International Paper mill in Ticonderoga, NY. It’s saving as many as 600 NY jobs and natural gas – the natural gas produced by fracking Governor Cuomo will not allow – is the key. 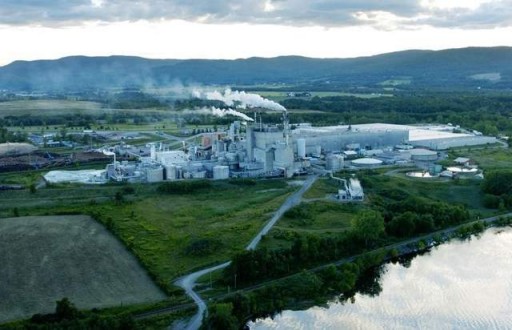 International Paper operates a paper mill employing roughly 600 people in Ticonderoga, Essex County, NY. It’s one of the North Country counties on the border with trendy Vermont. Like many in the paper industry it faces constant commodity pricing pressures from foreign competition as well as ever-increasing environmental burdens imposed by the EPA. One of the solutions to both problems was to take advantage of some New York economic development programs and convert from oil to natural gas. Governor Andrew Cuomo was only too pleased to take credit in this news story that makes no mention of the natural gas part of the equation:

ALBANY (AP) — Gov. Andrew Cuomo is praising a state program that offers companies access to affordable energy in exchange for the creation or retention of jobs.

Companies and non-profits participating in the program can get lower-cost energy if they promise to use the savings to help retain or create jobs. Half of the energy comes from hydropower.

The rest of the story, though, may be found in this Albany Times-Union story excerpted below (emphasis added):

The International Paper mill in Ticonderoga has committed to $100 million in upgrades after receiving $1.75 million in grants and eight megawatts of low-cost power, the Cuomo administration said Wednesday.

The mill is the largest single employer in Essex County with 600 jobs. The deal secures the work.

The power allocation is coming through the New York Power Authority‘s ReCharge NY program that provides businesses and nonprofits with cheap power in exchange for investment and jobs. Half of the power in the program is generated by the authority’s hydro dam plants. A megawatt is enough to power about 800 to 1,000 homes.

The company will use $1.75 million from Empire State Development Corp., the state economic development unit, and the New York State Energy Research and Development Authority to help finance an $11 million project to convert a power boiler and lime kiln from oil to natural gas.

“The Ticonderoga mill is under constant pressure to be as cost-effective as possible, given the highly competitive nature of the paper manufacturing industry,” said Chris Mallon, general manager of the mill.

The plant makes high-end paper from forest products in New York and Vermont. It also supports up to 700 independent loggers and truckers.

This brings us to the latest news, from Market Watch:

International Paper had long been planning a switch to natural gas to displace much of the #6 fuel oil used at the Ticonderoga mill in order to substantially reduce its environmental footprint and enjoy the price stability of the domestic fuel. The mill had originally planned to pay much of the cost of a traditional pipeline extension from Vermont to Ticonderoga, NY, and sought bids for trucked CNG only for interim service until the pipeline arrived. NG Advantage, which was the first company to provide virtual pipeline service in the U.S., received the contact for that interim service in 2014.

International Paper canceled plans for the pipeline because of escalating delays and costs and issued an RFP for long-term virtual pipeline service to keep natural gas in their fuel mix. After evaluating bids, International Paper chose to extend its existing contract with NG Advantage.

International Paper is the seventh paper mill and the twenty-sixth location to contract with NG Advantage. Natural gas delivered 24/7 by truck gives plants an experience much like being on a traditional pipeline without the long term capital commitment of a pipeline extension. Burning natural gas instead of oil products reduces CO2 emissions by 26%; substituting natural gas for coal reduces CO2 by about 50%. Natural gas use also eliminates almost all Sulphur and particulate emissions and enables a substantial reduction in nitrous oxides.

So, we have the State of New York helping to finance natural gas improvements to save 600 paper mill jobs (not to mention the 700 independent loggers and truckers) and lower carbon emissions (just the beginning of the air quality improvements involved) in the North Country, but the Southern Tier landowners being forced into economic starvation aren’t allowed to produce the gas. Moreover, the natural gas is such a good deal economically and environmentally it pays to truck it in, while the trendy Vermont NIMBYs fight to price a pipeline out of existence. The sheer incongruity of this combination of energy policies is nothing less stunning, of course. But, that’s New York, where up is down, left is right and stupid is so, so “smart.”