A new protein derived from feeding bacteria a methane-laced solution is being used to help feed farm animals and maybe soon, humans.

Food supplies around the world can sometimes be scarce. Natural resources may not be adequate in some areas with increasing human population or as we are seeing in toleration dictatorships such as North Korea or Venezuela, the scarcity is a combination of situations that lead to the starvation of people.

To create a solid food supply, it takes several ideal solutions: vast and diverse agriculture, available trade and distribution lines, and a steady outlook on economic models. The available space can be limited as it takes significant real estate to raise cattle and maintaining safe landfills – both of which can increase methane and natural gas emissions – which is why we see places like California regulating “bovine enteric fermentation”, a.k.a., flatulence.

What if we could produce a technology that could help reduce the number of cattle needed, to supply protein feed to other farm animals, increase the available space for human consumption farming, all while capturing, reducing, and reusing methane? What if I said, “Natural Gas: The Other White Meat,” for example? Bizarre? Well, you decide. 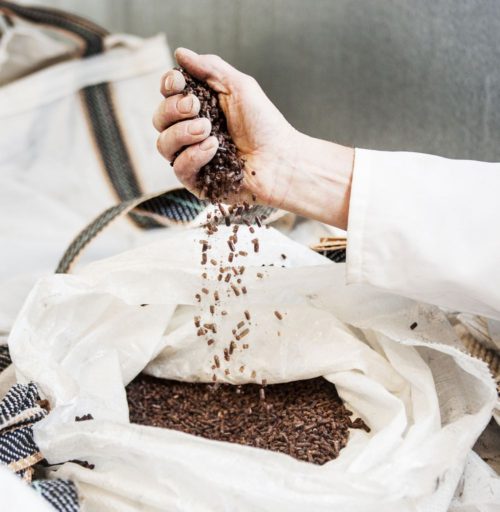 Scientists at both Calysta, Inc. in California and StringBio in  Bengaluru, India have developed a process to create protein from methane. They’re betting protein derived from methane can become a sustainable food source for the future. They have discovered certain bacteria found in the soil can be fed a methane-containing liquid and a form of fermentation begins. Similar to providing yeast sugar to create alcohol, the bacterium releases protein as part of the fermentation cycle. The protein is then dried into a brown powder. It is already being used in animal feed and soon, human consumption.

One of the most immediate uses for this new protein source is for Aquaculture. In 2014, the World Bank and Food and Agriculture Organization of the United Nations estimated that by 2030, 62% of food fish will come from Aquaculture (fish farms). In fact, National Oceanic and Atmospheric Administration (NOAA) claims that in 2009, the last year for which data is available, Americans consumed a total of 4.8 billion pounds of seafood, or approximately 15.8 pounds of fish and shellfish per person (both wild-caught and farmed).

This is a continually growing market and the need for fish feed is dramatically rising. When you combine the abundance of natural gas and its relatively low prices, this is a great option to meet the demands for fish. Peruvian fishmeal, which is a common feed has more than doubled from $373.16 a ton in June 1993 to $1,092.07 a ton in June 2017.

This ongoing process, in theory, is hitting all the correct buzzwords for environmentalist groups. Biotechnologies, Biofuel, reduced emissions, and possibly in the case of Food and Water Watch, reduce factory farming needs. This will be even more apparent if the gas-protein catches on for human consumption. 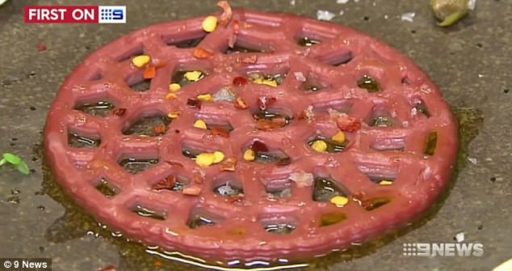 The idea of generated meat is something to be overcome, but there has been some interest. 3-D printed meat has been openly discussed recently and in May, Meat and Livestock Australia unveiled their version of a 3-D meat printer. They claim that 3-D food printers will be just as common in kitchens as microwaves in the future. All one needs to do is load a cartridge of emulsified beef or lamb offcuts and let the machine print you a Michelin-Star steak. 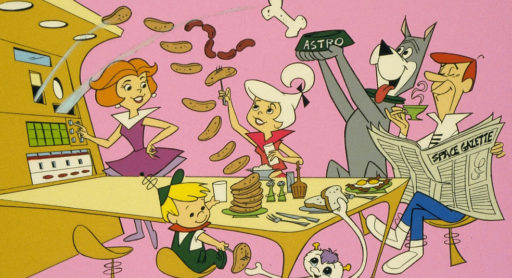 Perhaps this technology could be revamped to use gas-fed protein to be more appetizing to vegetarians and meat lovers alike than emulsified beef. Maybe George Jetson’s Foodarackacycle used this process when he decided he wanted a big steak. Natural gas has made a significant impact in our lives – improving it for the better. With that being said, I cannot wait to say, “Natural Gas: It’s What’s for Dinner.”