As of September, the 1,000-megawatt Moxie Freedom Marcellus-fired power plant located near Wilkes-Barre, PA (Luzerne County) is up and running and feeding electricity it produces into the local power grid (see Moxie Freedom Marcellus-Fired Plant Near Wilkes-Barre Online). That means it’s now time to pay the piper–meaning it’s time to begin paying property taxes. And, it’s one heck of a power pay. 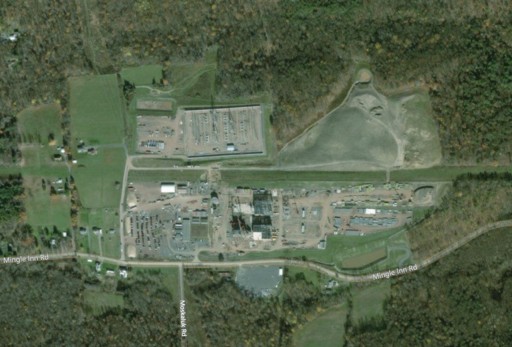 How does a county value such a facility, the first of its kind in the county? They hire a private firm to do it, at a cost of $50,000! (Yikes, we’re in the wrong business.) The valuation is now done, and the private firm reckons Moxie Freedom is worth $42.2 million. Which means the facility will pay $752,000 per year in property taxes to various governmental entities.


With the help of an outside expert, Luzerne County has valued the new Caithness Moxie Freedom Generating Station in Salem Township at $42.2 million, which makes it one of the top commercial assessments in the county.

After receiving official notice of the value, the property owner will have 40 days to challenge the assessment.

The county retained Media, Pennsylvania-based Coyle, Lynch & Company for $50,000 to produce a recommended value. The company provided the lowest price among two responding to a public request for proposals.

Salem Township agreed to reimburse the county $2,805 toward the outside appraisal expense.

Expertise was warranted, county officials said, because the natural gas-fired power generating station is complex and not a typical commercial or industrial site.

A Caithness Moxie Freedom representative has said the company would work with the county assessor’s office and its consultant to fulfill the statutory requirement to correctly assess the property.

The county has authority to assess a new business retroactively to the first day of the month after it opens, according to the assessor’s office. The new assessment is scheduled to take effect Nov. 1.

The site’s generating station was transitioning to commercial operation in September, with two gas turbine units operating and producing approximately 1,000 megawatts of “clean and efficient electric power,” which was enough to supply approximately 900,000 homes locally and throughout the region, a representative has said.

In addition to furnishing a written opinion of the fair market value, the outside appraiser must be willing to appear and testify about that value before the county assessment appeals board or in court if the value is contested.

The highest assessed property in the county is still the nuclear power plant in Salem Township owned by Susquehanna Nuclear LLC. Its assessment is $248 million.

The other top assessments, based on a variety of records:

Our point in highlighting the article: