Natural gas politics is what’s really behind pipeline opposition in Pennsylvania. Special interests are employing rhetoric aimed against all oil and gas.

Over the past two decades Pennsylvania’s energy production has grown remarkably. Shale development has secured the state as the second largest producer of natural gas in the nation, and output projections continue to climb. As production has escalated, so too has debate over energy policy – to the point that rhetoric has often drowned out logic. 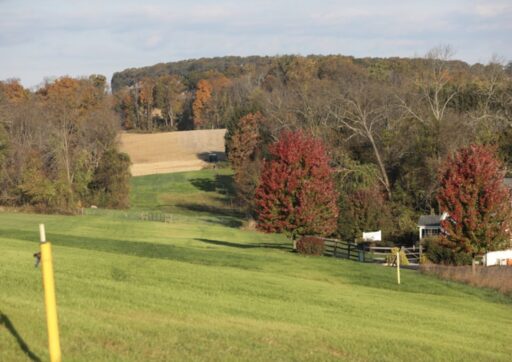 In the past 10 years, Pennsylvania’s natural gas production has increased more than 30-fold, accounting for more than half of the country’s new supply. The state now meets 20 percent of U.S. demand for gas, which has helped wean dependence off foreign energy. Federal authorities reported in January that the United States is expected to become a net-energy exporter by 2020.

Growing production has attracted businesses and manufacturers. It’s helped to reduce energy costs for consumers, and it is creating jobs for skilled workers. Between 2006 and 2016, Pennsylvanians saved more than $30 billion as a result of more affordable energy prices. Since 2012, natural gas has generated nearly $1.5 billion in new tax revenue for the state.

At the outset of the shale boom, natural gas was widely heralded across both sides of the political aisle. Sadly, the issue has been hotly politicized, and honest debate often has been overcome by exaggeration and wild accusations by opponents. And no project has borne the crux of this unwarranted name-calling more than the Mariner East 2 Pipeline.

Just this month, a state representative compared union workers installing the Mariner East 2 pipeline to Nazis. Only days later a local editor likened the project’s developers to a 5-year-old with a hand grenade. These kinds of fabricated accusations are so embellished, and tasteless, they are hard to take seriously. Worse, they distract from the facts that should inform the policymaking process.

Yet, this partisan opposition to infrastructure development has taken root with many county and state officials. Earlier this year Chester County commissioners announced their intent to join a legal action to challenge the Mariner East construction over a sinkhole that developed along the route.

These litigation tactics force costly delays to projects that are critical to Pennsylvania’s continued energy growth and discourage infrastructure development. Moreover, what we have seen time and time again, opposition groups have used circumstances that arise out of normal pipeline installation to interrupt construction. The resulting series of starts and stops can create a greater risk of failure. Materials are left exposed to the elements, for example, which can degrade their integrity.

To be sure, opposition is largely fed by anti-fossil fuels activists, who target midstream infrastructure as a way to slow down production. Across the state, these groups have staged “frac-outs” and protests along construction routes. Some have even been arrested after ignoring court orders, while others admitted to sabotaging equipment. While these pipeline opponents believe they are exercising free speech, they are actually conducting illegal activity, putting workers in harm’s way.

It’s hard to believe that the newfound adoption of these radical views by some local lawmakers owes to new evidence. In Chester County, for example, there are no fewer than 11 HVL pipelines installed, all of which predate the Mariner East 2. Mariner East 2 will employ the latest technology and safety mechanisms, which post-date those lines.

It’s also difficult to reconcile activists’ opposition to pipelines with the impact they are having. Not only are pipelines the safest and most reliable form of energy transportation, they are essential to continued natural gas development – which is helping to reduce emissions.

In fewer than seven years, Pennsylvania’s power generation from natural gas has jumped more than 50 percent. That’s helped to replace our loss of coal-fired power generation, both nationally and locally. Pennsylvania’s electrical producers have reduced CO2 emissions by 30 percent. Since 1990 methane emissions from natural gas have fallen 16 percent even as production grew by more than 50 percent. Nationwide, carbon emissions are now at the lowest level in a generation.

Pennsylvania’s energy success is helping lead the country on a path of long-term stability. But make no mistake, the state’s growth depends on a robust infrastructure grid that can keep pace with production. Meeting that demand will require healthy, constructive debate grounded in evidence, not hyperbole and delay tactics. Voters should demand their representatives put aside the noise and focus squarely on the facts.

One thought on “Natural Gas Politics Behind Pennsylvania Pipeline Opposition”