So much losing lately for Maya:

The PA Supreme Court Tuesday declined to hear the appeal of two Commonwealth Court decisions finding local zoning ordinances do not apply to the Mariner East Pipelines in Chester and Delaware counties. 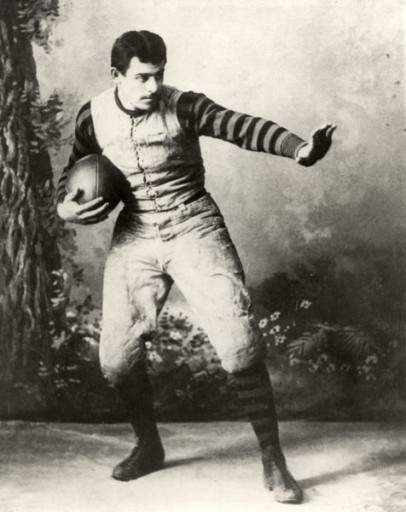 The Delaware RiverKeeper case involved a request for injunctive relief to Commonwealth Court from a Chester County court decision seeking to prevent Sunoco Pipeline from constructing the Mariner East Pipelines in a manner that violates the West Goshen Township zoning ordinance.

Commonwealth Court upheld the county court’s findings that: (1) the Township’s power to regulate the location of the ME2 pipeline was preempted by the Pennsylvania Public Utility Commission’s (PUC) authority; (2) the trial court lacked subject matter jurisdiction over Plaintiffs’ claims; (3) Plaintiffs did not establish a claim based on substantive due process; (4) the ME2 pipeline is a public utility facility; and, (5) Plaintiffs were not entitled to injunctive relief.

The Meghan Flynn et al case involved a request for injunctive relief to Commonwealth Court from a Delaware County court decision seeking to again to prevent Sunoco Pipeline from constructing the Mariner East Pipelines in violation of a Middletown Township subdivision and land development ordinance.

According to Pennsylvania DEP…

The 2017 Oil and Gas Report is out from DEP and it says this:

Currently, Pennsylvania is the second largest producer of natural gas in the nation (Texas produces the most).

and, then, it offers this:

..there is no evidence that hydraulic fracturing has resulted in a direct impact to a water supply in Pennsylvania..

More gas than ever—second most in the nation—and no fracking impact on a water supply. There’s nothing more to say, is there?

So, What Is Maya Worrying About? Fracking, of Course.

There could be no clearer instance of misplaced priorities on the part of Maya Van Rossum, THE Delaware Riverkeeper, as Jim Willis describes her (although we prefer Povertykeeper) than this from WHYY, which, ironically, is financed by the same William Penn Foundation as she is:

Philly’s most popular swimming hole is here: Devil’s Pool gets an average of 400 visitors per day during peak season and as many as 1,200 visitors at really hot times like last Fourth of July, according to Friends of the Wissahickon, the organization that takes care of the 1,800-acre park. Kids play and swim in the creek, parents picnic in the shade, and teens and twentysomethings jump into the water from rope swings…

But there’s hidden danger lurking in this water. It’s not just rocks and strong undercurrents that make this spot dangerous and forced the city to close access to Devil’s Pool during summer weekends. The water itself could also make people sick.

Runoff, especially during heavy rains, carries all sorts of contaminants from streets and parking lots into the creek, McCarthy said — including poop… 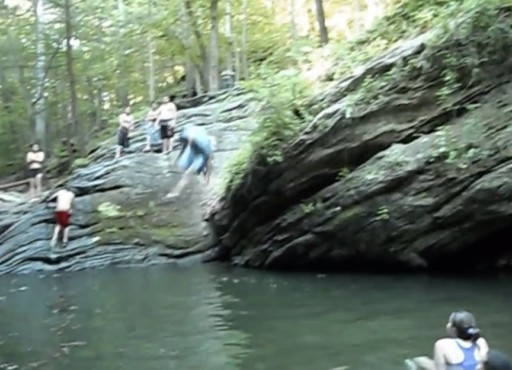 Add chemicals like oil and road salt, fertilizers, and occasional leaks from septic systems in Chestnut Hill and from industry. In 2006, for example, pharmaceutical company Merck leaked potassium thiocyanate, killing more than 1,000 fish and forcing the city to shut off drinking-water intakes.This week, to protect public safety, a task force formed by city officials and community members decided to block access to the Devil’s Pool area during summer weekends, starting Saturday, Aug. 18. Access to the rest of the park will remain open, but swimming anywhere in the creek is not allowed.

Now, if only someone would pay Maya to do something meaningful.

The Wind in New York Only Blows Toward the Lunatic Fringe

How much more lunacy can New York State taxpayers take?

Just a few years after the New York State Thruway Authority spent about $5 million on five turbines, four of them stand dormant. And a spokesperson indicated the Thruway Authority does not know when they will become operational again.

“They are currently offline waiting for replacement parts and/or maintenance,” spokesperson Jennifer Givner wrote in an email.

Several years ago, the Authority decided to spend $500,000 for design costs and up to $4.8 million to erect five turbines. Officials predicted they would generate enough energy to save the authority as much as $420,000 a year on energy bills.

Between 2013 and 2015, one turbine went up at each of five interchanges: Eden-Angola, Silver Creek, Fredonia, Ripley and Westfield.

But between October 2017 and January 2018, all of them except for the turbine at the Westfield interchange were taken offline. Givner said she did not know how much energy the turbines generated while they were operational.

The four inoperable turbines were manufactured by a French company, Vergnet, which declared itself insolvent a year ago. In recent months, a consortium, Arum International, has been in the process of taking over the company.

For crying out loud, New Yorkers, when will you stop listening to fools?