Windmills Warm the Planet? No, No, No….

Yes, yes, yes; that’s what no less an authority than MIT says:

…a new study by a pair of Harvard researchers finds that a high amount of wind power could mean more climate warming, at least regionally and in the immediate decades ahead. The paper raises serious questions about just how much the United States or other nations should look to wind power to clean up electricity systems. 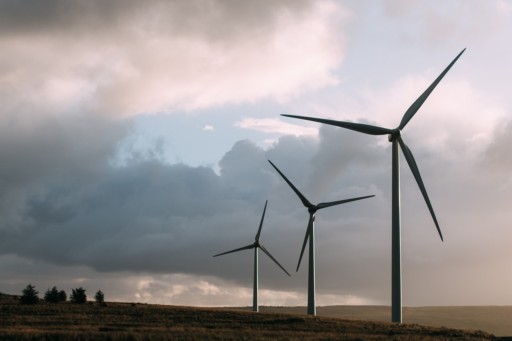 The study, published in the journal Joule, found that if wind power supplied all US electricity demands, it would warm the surface of the continental United States by 0.24 ˚C. That could significantly exceed the reduction in US warming achieved by decarbonizing the nation’s electricity sector this century, which would be around 0.1 ˚C.

So, please explain again why all those ratepayer/taxpayer subsidies are a good idea…

Trump to Stop the Pipeline Games?

President Trump is likely to make a renewed push to permit and build oil and natural gas pipelines next year, his top economic adviser said Thursday.

Larry Kudlow said a new pipeline push would be both a continuation of Trump’s aggressive energy deregulation streak and his ongoing infrastructure agenda.

“We need infrastructure, including pipelines,” Kudlow said at an Economic Club of Washington event. “We need east to west, we need west to east.”

And, some important lawmakers are behind Trump:

In a Thursday letter lead by Sen. John Barrasso (Wyo.), the five Republicans asked EPA Administrator Andrew Wheeler to send new guidance regarding a statute in the Clean Water Act, which they fear has been used in the past to restrict the development of natural gas pipelines.

Will projects such as this get a new lift from Washington?

“In the last few years, a troubling trend directed at fossil energy projects has arisen. A select number of states have hijacked Section 401 to delay or block the development of natural gas pipelines and a coal export terminal. While the focus of these abuses today is fossil energy, the approach could be used to target any type of project that is disfavored politically,”

This is so overdue. Maybe the Constitution Pipeline will get another chance and Upstate will get a lifeline.

So Your StateImpactPA Isn’t An Echo Chamber, Then?

The man doth protest too much.

A review of the articles on StateImpactPA indicates the Delaware Riverkeeper is cited as a source some 154 times. The Clean Air Council is cited 150 times and PennFuture 122 times. That’s a collective 426 citations for their fellow recipients of grants from the the Heinz and Haas families. Not an echo chamber? Really? We’re supposed to believe, Scott, that you don’t know what your funders expect for the money even if they don’t specifically instruct you? Despite what you may think of us, we didn’t fall off the turnip truck.

And, tell us, please what these two $330,000 William Penn Foundation grants were for, if not to influence news coverage:

2017 — “Reporting on water quality stressors and related community engagement in the Pennsylvania, New Jersey and Delaware portions of the Delaware River watershed.”

2015 — “Reporting on threats to water quality in the Delaware River watershed for its StateImpact Pennsylvania program.”

Sure looks like you were hired to be an echo chamber to me, Scott. Maybe you ought to correct that record again?

Obstructionists determined to destroy a world they hate gotta obstruct, of course, but why do they have to blame us for their hateful ways? Earlier this week, Cuadrilla made this wonderful announcement, brought to us by our friends at Lancashire For Shale:

“The start of hydraulic fracturing is the final milestone in the journey to assessing the flow rates of natural gas from our Lancashire shale exploration wells. On completion of hydraulic fracturing and commencement of gas flow, we expect to have, in the first quarter of next year, an initial assessment of how much natural gas is likely to be recoverable from these first Lancashire shale wells. This will allow us to make an assessment of the commercial viability and future of this exploration site. Lancashire has benefited to date from over £11 million of investment generated by our exploration operations. This investment will grow very significantly if we move from exploration into commercial production.

Then, late last evening, came this courtesy of our friend Steve Heins:

Hours after announcing fracking operations were to begin in Lancashire next week, drilling company Cuadrilla now faces further delays after a successful injunction was brought against the firm.

The injunction request was made to the courts by Lancashire resident Bob Dennett, and is the latest victory for campaigners who have repeatedly thwarted efforts to extract shale gas in England.

It means Cuadrilla must await the findings of a judicial review, also by Mr Dennett, which asserts Lancashire County Council’s emergency response planning is inadequate…

Kate Blagojevic, head of energy at Greenpeace UK, said: “Seven years after the last UK well was fracked, the industry has produced no energy and no money.”

Seriously? Greenpeace, financed by the old money of “haves” has spent seven years obstructing fracking and now wants to blame the fact nothing has happened on the industry? This modern day leftism in one of its various guises. It’s just old-fashioned Stalinism, though, to those familiar with history.