Here’s more great material sent along by Natural Gas NOW readers; great stuff highlighting the power of natural gas and the absurdity of fractivism. Check out the links below:

Nationally, gas is rising from being almost 45% of total U.S. generation capacity to soon being 50%. There’s 90,000 megawatts of new gas coming online over the next few years, a 20% rise or so in current gas capacity. By 2022, some 35 U.S. states will rely on natural gas as their primary fuel for electricity. Pennsylvania itself is leading the way: new gas plants will bring in around $12-14 billion in new investments and 13,000 MW of new capacity in the next few years alone. 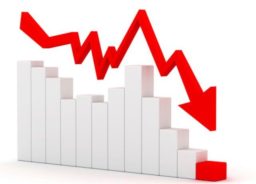 Utility costs way down due to shale revolution

New York’s governor is barbecuing $10 million in public funding as the state’s contribution toward construction of a comedy museum in Jamestown, N.Y. Jamestown? It’s a place of “empty storefronts and underused buildings,” according to the New York Times… Three hours north of Pittsburgh. Six and a half hours northwest of Manhattan.. There’s a reason the most popular museums tend to be concentrated in cities… One museum, especially one small museum, isn’t usually enough to make tourists to go much out of their way. Especially a museum that proposes to offer stuff few want to see in the first place…
Cuomo’s comedy boondoggle is just the latest in a long series of desperate moves to conjure up jobs of dubious sustainability using bales of taxpayer money… As each of these projects goes up in flames, an unchastened and perhaps unchastenable Cuomo dreams up more of them. If Cuomo wanted to deliver real jobs for depressed areas of New York, he’d simply step out of the way of industries that wish to harvest the state’s natural bounty… [its] Marcellus Shale…

Normally, a stock crashes when a company whiffs this bad. But Tesla rallied on the news. Again, that’s because Tesla shareholders don’t care about profits, cash flows, or debt. They only care about Musk’s dreams. But here’s the thing. Dreams don’t last forever. Eventually, you must wake up and face reality…

The electric carmaker lost $619 million last quarter. That’s nearly double the $336 million loss it suffered during the second quarter. That’s a staggering loss. But it looks like things will get even worse for Tesla. After all, the company just laid off about 700 employees. That’s about 2% of its workforce. Tesla’s also struggling to ramp up production of its Model 3 vehicle. Last month, Musk said Tesla would produce 5,000 Model 3s per week by the end of the year. But now he’s saying they won’t hit that mark until early 2018, at the earliest. He also scrapped the company’s longtime goal of eventually producing 10,000 Model 3s per week.

Gov.-elect Phil Murphy wants New Jersey to get all its energy from “clean” sources by the middle of the century.

To do so, Murphy promised to rejoin the Regional Greenhouse Gas Initiative, under which nine East Coast states cap and trade carbon dioxide to reduce climate-warming emissions from the power sector. And he set what his campaign calls “the most ambitious offshore wind target in the country” by promising to bring 3,500 megawatts of offshore wind power online by 2030…

While declining worldwide, the upfront costs of offshore wind are still much higher than onshore, and require more subsidization from federal and local governments to make financial sense to investors.

Here’s to ending the week on a high note! We are so excited to share with you all that two of your very own, Halt the Harm Network leaders, have been honored by the FracTracker Alliance’s annual Community Sentinel Awards: Ranjana Bhandari from Arlington, Texas and Frank Finan from Hop Bottom, Pennsylvania. The third recipient is Ray Kemble from Montrose, Pennsylvania. [And, here is junkyard owner and honoree Ray Kemble;]