The shale revolution has dramatically increased the availability and lowered the price of natural gas used by Pennsylvanians, while also making the Commonwealth the second largest producer of the stuff (after Texas). This has put ever more money in the hands of everyday consumers:

The rate reduction results from a reduced purchased gas cost to the company.

Officials said that, pending approval from the Public Utility Commission, they also project rates in December will decrease by an additional 9.5 percent based on the lower June rate… 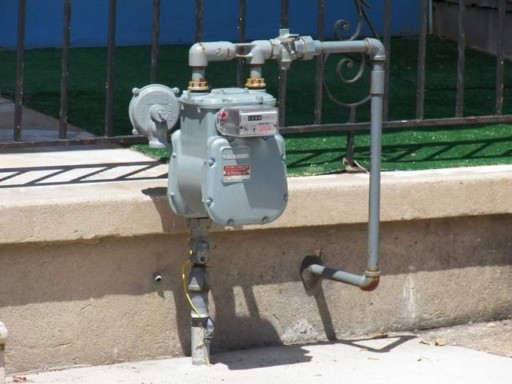 UGI said it is required to file its gas cost rates annually for review with the PUC and may adjust these rates quarterly to reflect changes in wholesale natural gas prices. By law, utilities cannot earn a profit on the natural gas commodity portion of a customer’s bill. Utilities are required to pass the cost of the natural gas they purchase directly through to customers without any markup.

Beginning June 1, UGI said, the monthly bill for a typical residential heating customer will decrease from $71.38 to $69.36. If the proposed rates for Dec. 1 are approved, that bill will decrease to $62.76.

Since the beginning of the shale revolution in 2007, when UGI had to raise rates that took the typical monthly cost for Reading users to $137.42, consumers will, by December, have seen their bills decrease by $68.06 or approximately 50%. Add in inflation and it’s more like 60% at a minimum. Overall, the savings for the typical Reading area residential gas consumer is $800-900 per year and that’s before considering inflation or the reduced costs of electricity wrought by the shale revolution.

From the “it doesn’t get much better” department:

Another day, another spate of headlines about the growing mess at Tesla.

Last week, the electric carmaker announced that its head of engineering, Doug Field, was taking a leave of absence to “spend time with his family.”

That news came just a few days after the company announced dreadful first-quarter financial results. As usual, the company posted a huge loss (nearly $785 million) and the company’s CEO, Elon Musk, promised that Tesla will soon — really soon, and he means it this time — begin churning out Model 3 cars by the thousands.

But the media’s infatuation with Tesla is overshadowing a story that’s far more important than the number of electric cars, solar panels and batteries that Tesla may (or may not) be producing.

Two days before Tesla announced its first-quarter results, the Energy Information Administration reported that US production of both oil and natural gas are at record levels. 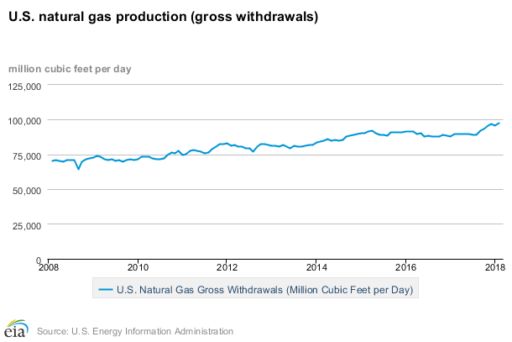 The fact that US oil and gas companies are producing such prodigious quantities of energy — and by doing so, are saving consumers billions of dollars per year — should be headline news.

As my colleague at the Manhattan Institute, Mark P. Mills, has noted, the shale revolution has turned the US into an energy superpower. The combination of horizontal drilling, hydraulic fracturing and other technologies, he says, has resulted in “the fastest and biggest addition to world energy supply that has ever occurred in history.”

… since 2008, the increase in energy production from oil and gas is equal to seven times the energy output of all domestic solar and wind.

This surge in hydrocarbon production has resulted in huge benefits to the US economy. Over the past half-decade, foreign and domestic companies have invested about $160 billion in new chemical-manufacturing facilities in the United States. A 2016 study by IHS found that lower natural-gas prices have created about 1.4 million jobs and increased disposable income by about $156 billion.

Tesla and its SolarCity subsidiary are a fiasco, a boondoggle, a continuing scam perpetrated on the public by a trendy, smooth talking snake oil salesman who’s achieving little or nothing other than grabbing billions from taxpayers while the shale revolution has remade the the world and put the U.S. on top again.

Meanwhile, in the Mad, Mad World of New York

Andrew Cuomo has gone over the edge, so intent on pandering to the fractivist loons that are part of his constituency, that he has done something certifiably insane. Even the loons at Food & Water Watch are taken aback:

Asked about such plants, Cuomo said, “I have not approved any new ones, and I won’t.” Several power plants, including the CPV plant in Orange County and the Cricket Valley power plant in Dover, NY have in fact been approved on Cuomo’s watch. The governor was clear in saying that these plants conflict with the state’s climate goals, adding: “We’re not building any new ones.”

It appears Governor Corruptocrat, no longer able to secure graft for “his brother” Joe Percoco from power plants, has decided to say the hell with them and throw his lot completely in with the very skeptical socialists at Food & Water Watch. This completes there capitulation of Cuomo—crafty but certainly not smart—to the special interests who would send New Yorkers into blackouts and their electric rates to the moon. His corruption is now fully revealed as he throws even the semblance of reason to the wind and goes with the ideology. It is either an utterly astounding case of stupidity (has no one informed him his solar and wind farms need backup power?) or, more likely, a craven sellout of the facts and their implications for a handful of votes. This is Andrew Cuomo.

Check out the video and see madness for yourself.