America’s Best Jobs Are in the Oil and Gas Industry!

This isn’t really news but, coming from Bloomberg, which always leans fractivist, it’s particularly significant; something too big to be ignored:

Move over Wall Street titans and Silicon Valley giants. When it comes to paychecks, Big Oil now looks like the best bet for U.S. workers. 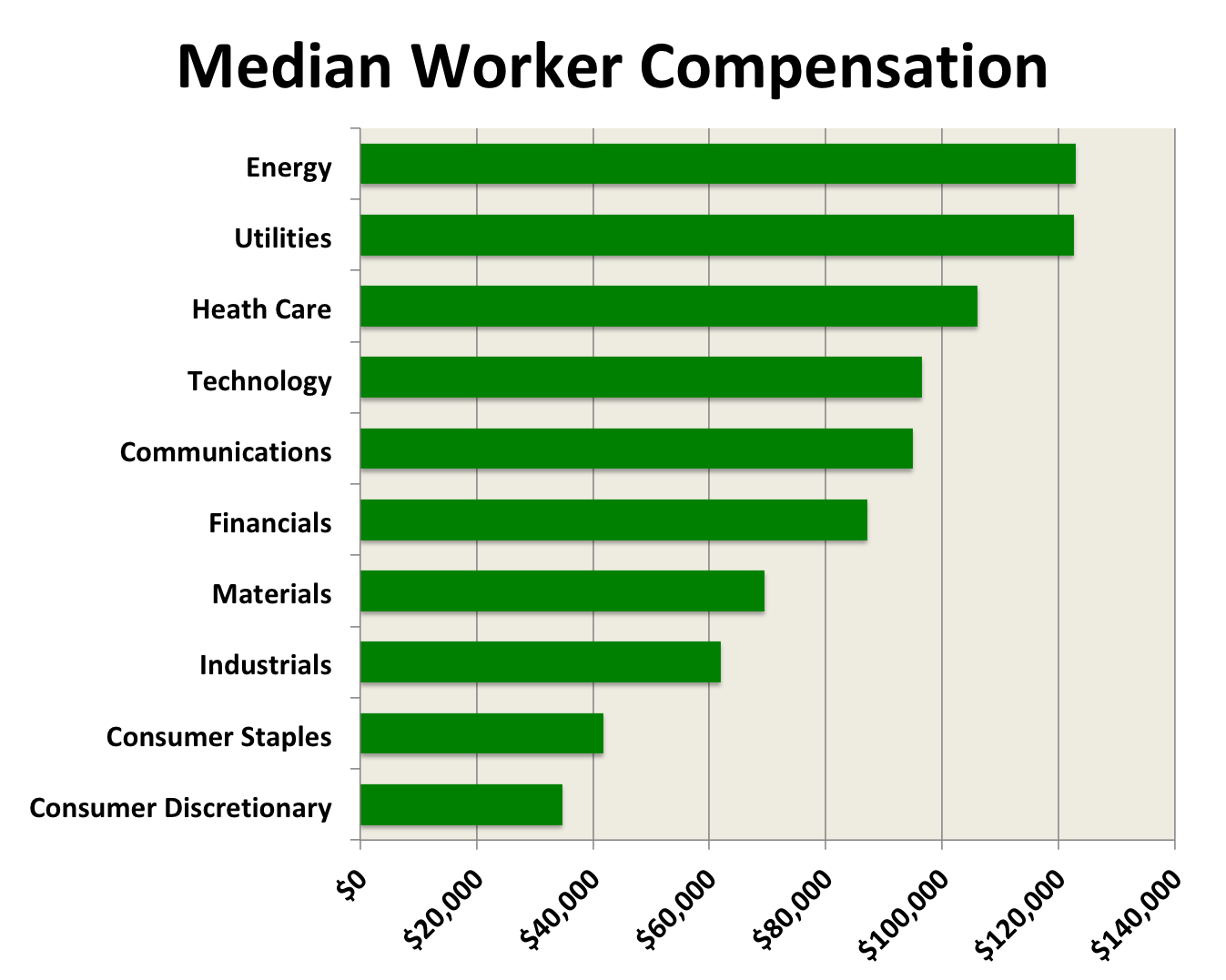 Replication of chart from Bloomberg story

Spurred partly by the shale boom, the median pay for energy workers last year was $123,000, according to data newly mandated by the U.S. That topped all sectors, including utilities, tech and health care. While energy chief executives made an eye-popping 120 times more, the gap with their employees was still the second-smallest among all industries.

Forget “green energy jobs” hype. Oil and gas is where it’s at if you’re really interested in economic development and our economic security.

What About Those Trucks Along the River?

The DRBC deceitfully pretends hypothetical future accidental releases and spills associating with fracking miles from the Delaware River are reason enough to ban the activity anywhere in the watershed. Yet, here’s some news of activity that is going to be allowed on a Federally owned highway (Route 209) through the Delaware Water Gap National Recreation Area, right alongside the river itself:

Federal law prohibits commercial vehicles from using federally owned roads through the national parks, but there have been special exemptions written for Route 209 over the years. Those exemptions have had sunset provisions; the latest was Sept. 30, 2017.

The ban affects Route 209 between Bushkill Falls Road and the Route 209/206 intersection at the Millford Bridge.

In January, the U.S. Congress passed, and President Donald Trump signed into law, a new exemption through Sept. 30, 2021. However, this latest exemption provides for a permit system for vehicles of four axles or less, which, with a permit, can use the entire length of Route 209.

So, why doesn’t the DRBC care about this? Why are the Feds unbanning stuff when the DRBC wants to ban new stuff? Why is it ok to run this truck along the banks of the Delaware but not frack miles from it? 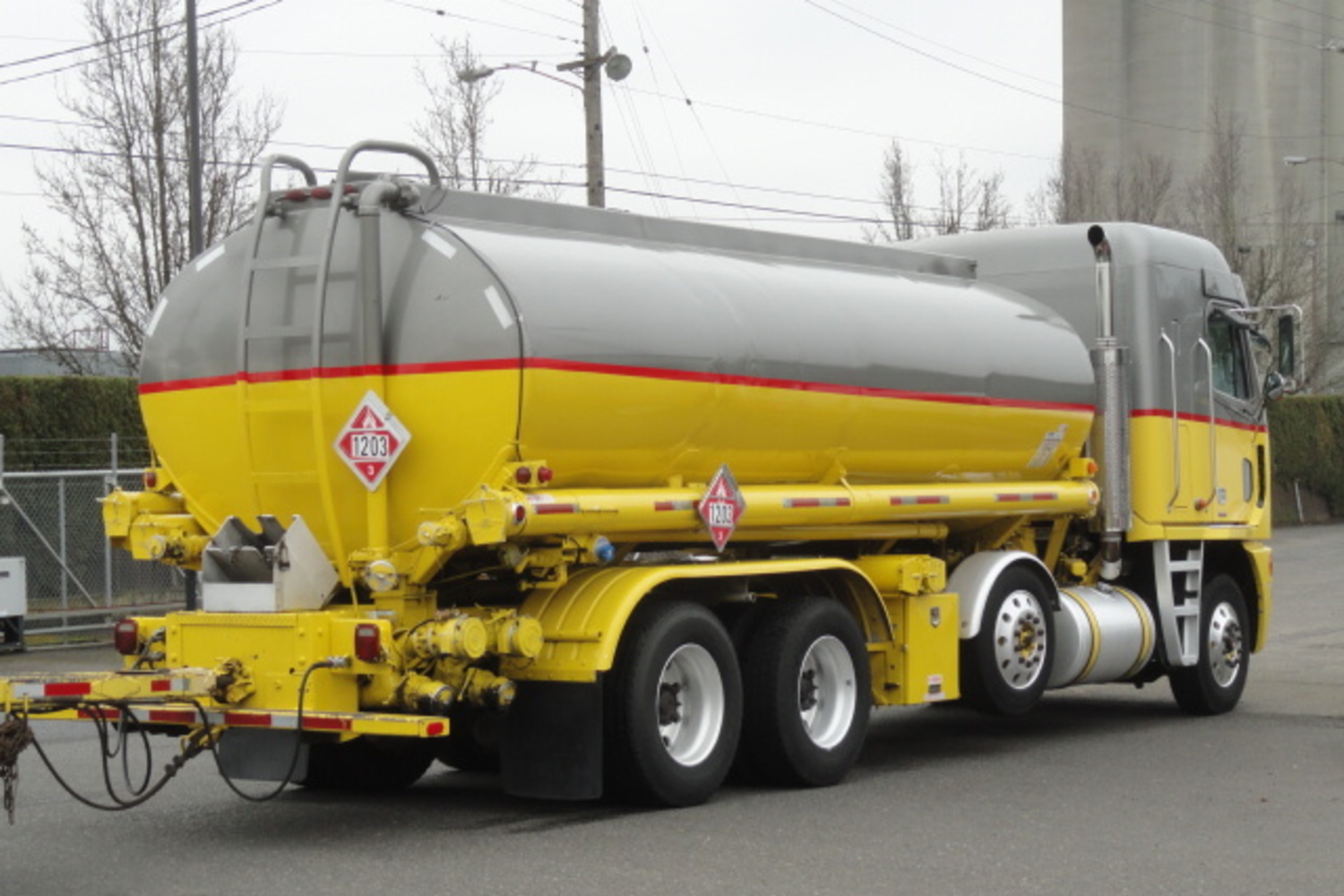 There is no answer, of course. The DRBC is making it up to justify its exercise of raw political power to appease a tiny group of fractivists financed by some very wealthy special interests.

Rockefellers Not Only Finance Fractivism, But Also Terrorism

The role of the Rockefeller family in financing fractivism is well documented on these pages. Their pursuit of special interest investments across the globe, and desire to make a wilderness around their own land holdings, have caused them to put tons of money into of radical fractivists who often don’t even realize the source is the heir of the Standard Oil fortune. The irony, of course, is delicious. It’s hardly surprising though. Trust-funders are driven by guilt at having done so undeservedly well in life without trying. So, they use a bit of their inheritance to theoretically rebel.  This serves to establish their own independent bonafides without giving up their privilege. Therefore, the more radical the better.

The Rockefellers have funded just about every major fractivist outfit, as well as the La Jolla Junta. They then encourage their beneficiaries (e.g., the Sustainable Markets Foundation) to pass some of the largesse along in the form of tiny grants to third and fourth level recipients of dubious character. Some of the beneficiaries also lend tax-exemption (through fiscal sponsorship) to unincorporated groups of extremists to really stir up things. 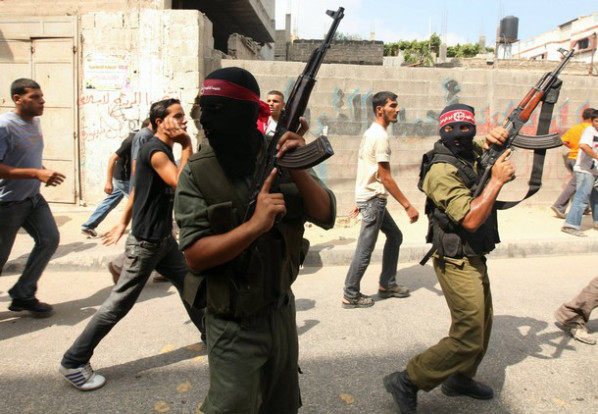 Palestinian militants (terrorists) from the Popular Front for the Liberation of Palestine (PFLP). REUTERS/Mohammed Salem

It turns out the Rockefellers have been doing the same thing to encourage terrorism in the Mideast, according to this story in the Jerusalem Post:

The Rockefeller Brothers Fund (RBF), a major American foundation that contributes to many pro-Palestinian causes, gave grants to organizations which funnel money and support to terrorist groups, and continued to do so after being told about the NGOs’ activities, The Jerusalem Post has learned.

The two organizations are Education for Just Peace in the Middle East, also known as the US Campaign for Palestinian Rights, and Defense for Children International-Palestine, which received grants of $60,000 and $25,000, respectively, from the RBF in March 2017…

Defense for Children International-Palestine (DCI-P) is a Ramallah-based NGO meant to promote Palestinian children’s rights, and tries to convince foreign governments and UN bodies that Israel is systematically abusing Palestinian children. Many of its officials and board members are linked to the Popular Front for the Liberation of Palestine (PFLP), designated as a terrorist organization in the US, EU, Canada and Israel.

The PFLP is responsible for hijacking an Air France plane to Uganda in 1976, which led to the famous IDF raid on Entebbe; attacking a preschool on Kibbutz Misgav Am in 1980, killing two-and-a-half-year-old Eyal Gluska; and for massacring Jewish worshipers in a Jerusalem synagogue in 2014, among many other terrorist attacks…

Last week, Tablet online magazine reported how the US Campaign for Palestinian Rights, a major US-based organization calling to boycott Israel, facilitates the funneling of tax-free donations to several Palestinian terrorist groups, including the PFLP, Hamas and Islamic Jihad…

The US Campaign is the fiscal sponsor of the Palestinian BDS National Committee (BNC), the Ramallah-based branch of the international BDS campaign, which counts the Council of National Islamic Forces in Palestine as a member. That council includes Hamas, PFLP, the Popular Front-General Command, the Palestine Liberation Front and Palestinian Islamic Jihad. BNC has also held events with leaders of these terrorist groups.

Since November 2017, the BNC website has allowed Americans to make tax-deductible donations through fiscal sponsorship, by which an organization can share its tax-exempt status with another organization that applies for similar status with the US tax authorities or is taking part in a short-term project or campaign…

The Rockefeller Brothers Fund “provides an imprimatur for other donors,” who may see that a major foundation supports these organizations and then follow suit.

Notice how the same pattern, including use of fiscal sponsorship as a ruse, is employed by the Rockefeller family to stir up both fractivism and terrorism. This complete and utter abuse of tax-exemption by wealthy special interests must stop!