It seems there’s nothing natural gas can’t do:

Princess Cruises announced plans on Monday for construction of two new cruise ships — larger than ever and powered by liquid natural gas.

The California-based cruise line will add the as-yet unnamed ships in 2023 and 2025 to its current fleet of 17 ships, along with with three more ships currently under construction for the company.

A statement Monday named Italy’s Fincantieri as the shipbuilder of the new newest cruise ships, which will be capable of carrying about 4,300 passengers — roughly 700 more than Princess Cruise’s newest ships. 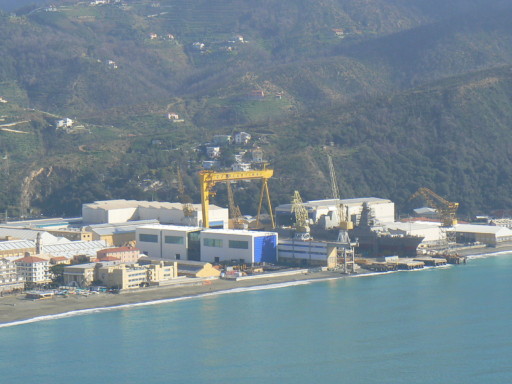 As of today, the ships announced Monday would be the fifth- and sixth-largest cruise vessels in the world. Other cruise lines, including Royal Caribbean and MSC Cruises, also have larger ships under construction to be delivered by 2022. Princess Cruises’ new vessels will be powered by liquid natural gas, a first for the company.

Amazing how natural gas keeps winning over the world, isn’t it?


This has the smell of a sellout:

In a significant validation of pipeline permits issued by the Pennsylvania Department of Environmental Protection (DEP), the Clean Air Council (CAC), Mountain Watershed Association (MWA), and the Delaware Riverkeeper Network (DRN) settled their appeal of 20 permits issued to Sunoco Pipeline, LLP (Sunoco) for the Mariner East 2 pipeline project. Since the permits were issued, DEP has continued to develop new standards, protocols, and best practices designed to protect the environment during the construction and installation of pipelines. 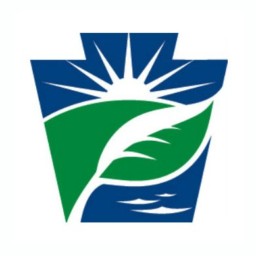 “DEP is pleased that we were able to reach an amicable agreement with the appellants, resolving all claims related to the issuance of these permits while incorporating new processes to ensure that future pipeline projects learn from the mistakes made by Sunoco in implementing this project,” said DEP Secretary Patrick McDonnell. “To be clear, DEP will continue to conduct vigorous oversight to ensure compliance with the conditions of the permits and will issue enforcement actions as necessary.”

The settlement does not alter any of the 20 permits in the appeal. Each permit was lawfully issued after a thorough environmental review involving approximately 35 DEP and County Conservation District staff over the course of nearly two years.

In the settlement, DEP has committed to continue to develop and implement further enhanced procedures for environmental protection associated with the construction of natural gas pipelines in Pennsylvania in collaboration with the appellants.

Does anyone know what that last sentence means? No, of course not. It’s intended to deceive. Nothing good can possibly come from “collaboration” with the likes of these Heinz Endowments toadies.

CO2 produced from burning natural gas (and other fossil fuels) has been viewed as the “bug” with respect to these fuels. Natural gas produces less of it than any other fossil fuel but there is still some produced so the intolerant true-believers, of course,  scream “no way.” But, new shale oil technology is going to turn that upside down by using CO2

With North Dakota starting to seriously talk about using carbon dioxide for enhanced oil recovery that plays right into the expertise of the Regina-based Petroleum Technology Research Centre (PTRC).

Dan MacLean, president and CEO of the PTRC, was at the Williston Basin Petroleum Conference in Bismarck, N.D., giving a presentation on May 23 regarding the 20th anniversary this year of the organization. However, he was there to talk about the future, not just the past…

There were presentations at the show about using carbon dioxide for enhanced oil recovery in the Bakken.

“That’s something we’ve been trying to promote for a long time, that CO2 is an important and viable element of enhanced oil recovery. It’s safe and it results in a greener hydrocarbon,” MacLean said. 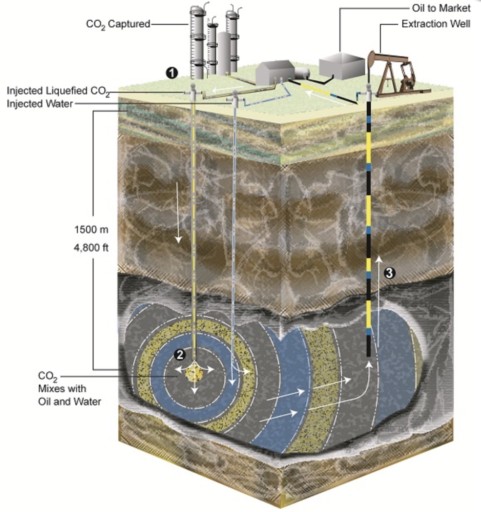 When it came to the Weyburn-Midale greenhouse gas project, the PTRC quite literally wrote the book on CO2 usage in enhanced oil recovery and its geological storage.

North Dakota Governor Doug Burgum spoke at the conference specifically about using carbon dioxide from the state’s several lignite coal power plants for enhanced oil recovery. Asked about his thoughts on that, MacLean said, “We talk to SaskPower regularly. They are looking for new markets for CO2. We are trying to facilitate that through conversations with other oil and gas producers, encouraging them to do field trials of CO2 in their areas. Obviously, there’s a big opportunity in the Viewfield area, in the Bakken there.”

And, Elsewhere on the Technology Front, There’s This

This is exciting as it combines software with hardware to improve the capabilities of horizontal drilling equipment for purposes of installing pipelines. It means technology will remain a step ahead of whatever nonsense comes out of our second story above.

Bob Howarth Gives Up Last Vestiges of Being A Scientist 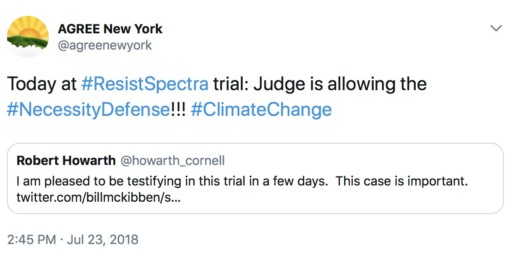 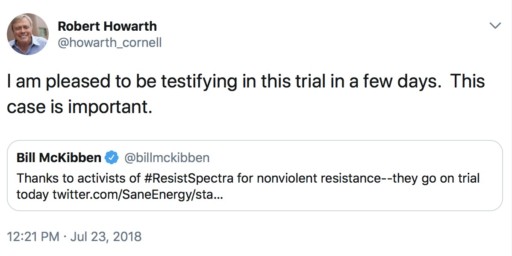 These two tweets say it all, don’t they?

The Fractivist Press Is All Fake News

One of our readers wrote me to explain just who the fractivist press really is. She directed me to this opinion piece in Al Jazeera by a young writer named Kim Kelly who was frustrated her father was not as opposed to a New Jersey pipeline project as she hoped. 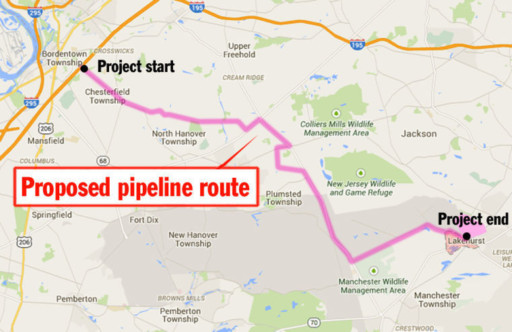 The 22 mile pipeline route—some 20 miles of the path being under the berry of a public highway—that Kim Kelly supposes will destroy the Pinelands.

It seems her dad was a construction worker who might help the pipeline. What’s interesting though, is that Kim Kelly also writes for several other journals, including Teen Vogue and she never pretends to be anything other than an advocate. Indeed, her latest Teen Vogue piece starts out this way:

In this op-ed, organizer and activist Kim Kelly recounts the history of #OccupyICENYC, details a recent action she helped stage, and explains how young activists could get involved in organizing resistance movements of their own.

This is who the fractivist press really is and it’s a politically correct embarrassment.

Rural Virginians aren’t so happy with this project:

Sustainable Power Group — a Utah-based company that owns and operates more than 150 utility and distributed electrical generation systems across the country — is about to begin construction on what will be one of the biggest solar energy facilities in the U.S. The renewable energy company is in the process of constructing a solar farm in Spotsylvania County, Virginia, a rural area about 60 miles south of Washington, D.C.

Dubbed the Spotylvania Solar Energy Center Project, the proposal is a 500 megawatt facility that will span about 6,350 acres — of which 3,500 acres will be used for solar development. The panel installations will cover well over five miles. Sustainable Power Group, also known as sPower, plans to begin construction in August and be done by late 2019.

However, the project has attracted mounting opposition from residents living in Spotsylvania County. Local residents fear the economic and environmental impacts of such a monumental project.

“Just the sheer, immense scale of this solar power plant — right in the middle of existing residential neighborhoods and farms —  is unprecedented, and there’s no experience to be gleaned from existing solar plants of this size,” said Kevin McCarthy, a member of Concerned Citizens of Fawn Lake and Spotsylvania…

“As proposed, at 10 square miles, 6,500 acres — that’s half the size of Manhattan — this would be the fifth largest solar power plant in the United States – surrounded by thousands of homes and farms. The other four largest solar plants — they’re in the desert southwest, miles and miles from any residential areas,” McCarthy said…

“The environmental risks associated with this could be devastating: contaminated stormwater runoff into local streams, rivers, and eventually the Chesapeake Bay.  Soil erosion, the unknown impacts of the ‘heat island’ effect, the potential damage to, or collapse of, the local aquifer that supplies water to thousands of homes in the area. We’re not talking about the flat, high desert southwest; we’re talking about the forested hills of Spotsylvania,” Charmaine Mueller, another member of Concerned Citizens, said…

But, doesn’t everyone love solar? Who wouldn’t want 6,750 acres of rural Virginia shined up? It’s only 13.5 acres per megawatt, after all, although the real number is closer to 40 acres given solar’s poor capacity factor. And, surely it’s environmental justice to put this out in the sticks among the hillbillies, isn’t it? Moreover, the Chesapeake Climate Action Network doesn’t seem to be complaining, so what’s the problem?