Here’s more material sent along by Natural Gas NOW readers; great stuff highlighting the power of natural gas and the absurdity of fractivism. Check out the links and other short bits below:

The Russians are ecstatic about getting around our laws to ship their LNG to Boston and suggest we can’t do anything about it and should just roll over:

Ten days ago, the Gaselys tanker carrying the first LNG produced by Russia’s LNG facility in Yamal arrived in Boston. According to French cargo trackers Kpler, a second Russian LNG cargo is due to arrive from Dunkirk in France around mid-February, again in New England.

It was in New England where the cold snap at the end of last year and early this year sent gas consumption and prices soaring. New England relies on imports of gas from pipelines from gas-producing U.S. states and LNG imports into the LNG terminals in the region. Pipeline and storage capacity in New England is not enough to meet surging demand on short notice in winter periods… 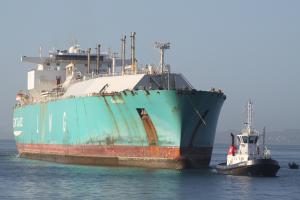 It’s regional and legislative constraints that make New England import LNG cargoes. And in the globalized trade, there have been Russia-produced molecules of LNG that ended up at the Boston terminal…

Referring to the impact of U.S. sanctions on Russian energy, Mikulska suggests in her article that “In this context, the U.S. should rethink its approach to Russia and sanctions; it should look for multilateral, broad commitments rather than unilateral and narrow measures.”

It doesn’t take much reading between the lines to see the Russians are saying we can’t do anything to stop their LNG shipments, given that it’s a global market now, and we should just work with them to supply pipeline-opposing New England with gas. Such is the position that pandering fractivist politicians (e.g., Cuomo, Market, Warren) have created; one where our enemies can taunt us.

Exxon is finally getting smart by turning the tables on its enemies; playing offense for a change:

As climate-change lawsuits against the oil industry mount, Exxon Mobil Corp. is taking a bare-knuckle approach rarely seen in legal disputes: It’s going after the lawyers who are suing it.

The company has targeted at least 30 people and organizations, including the attorneys general of New York and Massachusetts, hitting them with suits, threats of suits or demands for sworn depositions. The company claims the lawyers, public officials and environmental activists are “conspiring” against it in a coordinated legal and public relations campaign.

Exxon has even given that campaign a vaguely sinister-sounding name: “The La Jolla playbook.” According to the company, about two dozen people hatched a strategy against it at a meeting six years ago in an oceanfront cottage in La Jolla, California…

“The attorneys general have violated Exxon Mobil’s right to participate in the national conversation about how to address the risks presented by climate change,” said Dan Toal, a lawyer who represents Exxon. “That is the speech at issue here — not some straw man argument about whether climate change is real…”

“It’s crazy that people are subpoenaed for attending a meeting,” said Sharon Eubanks, a lawyer who was at the La Jolla gathering. “It’s sort of like a big scare tactic: reframe the debate, use it as a diversionary tactic and scare the heck out of everybody.”

Exxon has focused on the La Jolla meeting as ground zero for its conspiracy claim. Ironically, the Rockefeller Brothers Fund, a nonprofit run by descendants of John D. Rockefeller who are pressing Exxon to address climate change issues, has funded organizations that led the La Jolla conference (Exxon, which grew out of John D.’s Standard Oil, also subpoenaed the fund to testify.)

At the gathering, participants met to discuss litigation strategies that could be applied to climate change, according to a 35-page summary that was later made public. Eubanks, a former Justice Department lawyer, talked about how the U.S. government used the racketeering law against cigarette makers, for example.

Readers may recall this is exactly the strategy advocated here some time ago. I wrote about the NRDC connection all the way back in November, 2015 in a post that highlighted the role of the La Jolla conference in launching a RICO strategy against the industry. That was long before Exxon was talking about it. A few months later I wrote about it again here, and also here referring to the La Jolla Junta. I suggesting a RICO lawsuit against the NRDC gang and company. 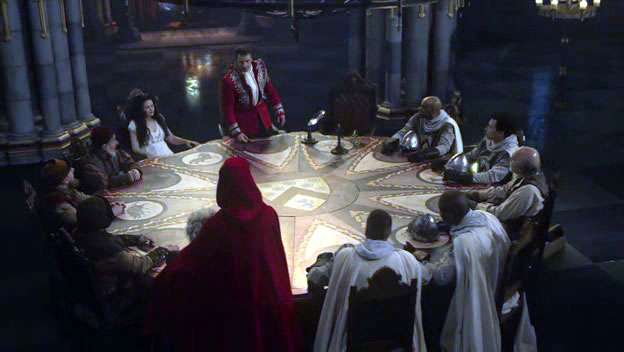 The meeting of the La Jolla Junta?

William Penn Foundation Back to Hiding Its Grant Activity

No organization has done more to create chaos in the Delaware River Basin than the William Penn Foundation family of elitist heirs of a chemical fortune. The Haas family, which runs the foundation, has funded the DRBC while simultaneously financing the Delaware Povertykeeper a/k/a Riverkeeper to attack it, which is, probably the best example of their undue influence.

The William Penn Foundation operates behind the facade of a private foundation that’s supposed to be doing no lobbying, by slipping large grants to radical groups such as the Povertykeeper,  Clean Air Council and Penn Future, while also funding StateImpactPA, NJ Spotlight and the Philadelphia Inquirer to echo whatever these groups advocate. We have exposed these grants repeatedly by using the grant award information from their website to do so. It provided up to date reports on grants made using an online interactive searchable database. It database was the one transparent thing the foundation did, as many such groups are now doing to better conform with non-profit disclosure guidelines. Here’s how it looked then:

The experiment is over, though. The William Penn Foundation has now eliminated any specific grant announcements in favor of mumbo jumbo mush reporting such that anyone hoping to learn what they’re funding in real-time (when it makes a difference) has to wait until they finish a year, do their accounting and file a 990 return. That, of course, takes 1-2 years, which means grants made last year leading up to the DRBC’s proposed fracking ban, which the foundation almost certainly engineered, will not be discovered until long after the action. Curious, huh?