The facts are the facts:

Renewables such as wind and solar get lots of positive press. But last year renewables were eclipsed by the growth in global gas use, which jumped by 4.6 percent. At that rate, global gas demand could double within the next 16 years or so. The good news about the growth in global gas demand is that it is helping displace coal and liquid fuels for electricity generation — a change that, in turn, is helping reduce air pollution and greenhouse-gas emissions. During combustion, gas emits almost zero sulfur dioxide, and it produces about half as much carbon dioxide as coal and about 30 percent less than diesel fuel or fuel oil. 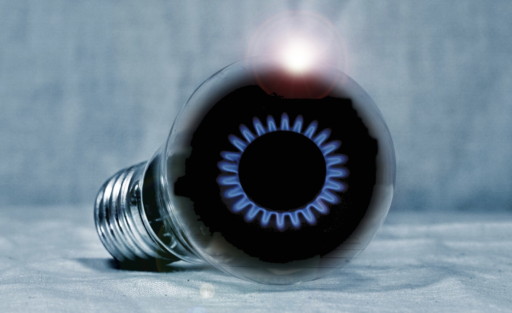 Nice summary of the truth!

New York About to Bag A Turkey

Is there anything New York can’t do?

Lawmakers are close to a deal to ban single-use plastic bags throughout the state, sources said Tuesday.

At the same time, they’re considering a 5-cent fee on paper bags. 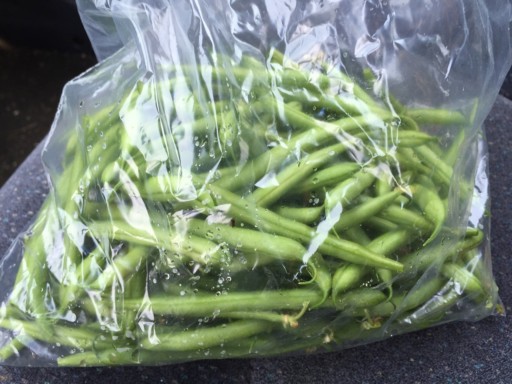 No more of this in New York. The culture must be changed.

State Sen. Todd Kaminsky (D-L.I.), chair of the Committee on Environmental Conservation, said the ban is “about changing the culture” and he is committed to seeing an agreement included in the state budget, due April 1.

“I go to 10 or more elementary schools every year, all the kids all say do something about waste and plastic. It’s in our parks and streams and beaches,” he added.

The proper response to Senator Kaminsky is “change your own damned culture.” And, can anyone tell me why a state senator is taking policy advice from children under 12 years of age? Has New York government really become that infantile? It’s a rhetorical question, so you don’t need to answer. It’s all too obvious, of course.

And, AOC Proves What A Petulant Child She Is

This response by AOC to others’ takedowns of her fantasy world explains why she is losing popularity faster than a speeding bullet and is now well below that of President Trump in New York. Here’s the incredible video, which shows what a complete child she really is:

And, here’s one of her numerous ridiculous statements during this rant:

This is not an elitist issue. This is a quality of life issue. You want to tell people that their concern and their desire for clean air and clean water is elitist tell that to the kids in the South Bronx which are suffering from the highest rates of childhood asthma in the country.

It is most definitely an elitist issue, Alexandria, and you are the tool of those elitists who want shut down natural gas even though it is responsible for dramatically reducing asthma rates in the South Bronx. I wrote about it at length here. It is natural gas, substituted for heavy oil, that is helping those kids, not your ridiculous ideas about which you know nothing, as you do the dirty work of the NRDC gang and others. You are an elitist tool. Grow up for crying out loud! Go to your room.

Save the Clams, The Hell with the People (Or the Facts)

So, you’re saying the people don’t matter but the clams do?

Richard Isaksen has been clamming and crabbing in Raritan Bay and fishing lower New York Bay for 50 of his 63 years. It’s a hard life, but it’s the only one he knows, and all he wants for himself and his fellow fishermen is to be able to keep plying those waters.

“We ain’t asking for nothing,” said Isaksen, of Middletown, who’s the skipper of the 65-foot fishing boat Isaetta and president of the Belford Seafood Coop in Monmouth County. “We just want to make a living.”

But that could get much tougher, Isaksen said, if state regulators join federal counterparts in approving the so-called Rarian Loop, a 23-mile underwater natural gas pipeline that would run along the sea floor across Raritan Bay and Lower New York Bay to Brooklyn. 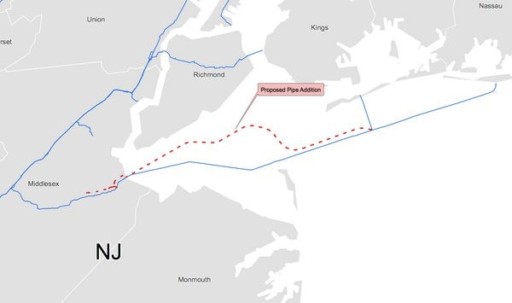 “They’re going to interrupt everything in the bay,” said Isaaksen, whose Monmouth County fishing cooperative belongs to a coalition of environmentalists, fishermen and elected officials opposed to the project. “They’re going to rip up the clam beds. They’re going to destroy the crab beds where the crabs bed down. And then it goes out to Brooklyn, south of the Rockaways, right? That’s where we do our fluke fishing.”

The Williams Companies, Inc., a Tulsa, Oklahoma-based company, has already been granted permits by the Federal Energy Regulatory Commission for the Raritan loop, part of Williams’ Northeast Supply Enhancement project, a $1 billion expansion of the 10,000-mile Transco Pipeline network stretching from Texas to New York.

The Raritan Loop is a 26-inch pipeline that would form a loop with an existing gas pipeline, built in 1951 and operating at capacity, that also stretches across the Raritan and New York bays. The existing pipeline was meant to serve a much smaller market.

A Williams spokesman, Chris Stockton, said the new stretch of the pipeline would serve a dual function: provide redundancy, or “reliability,” for the existing 1.8 million gas users in Manhattan, Brooklyn, Queens and other parts of Long Island; and increase capacity to that market, which is expanding through new development and through some 8,000 customers converting each year from oil heat to natural gas.

Stockton added any disruption to shellfish beds or fisheries would be temporary.

Wait a minute, Mr. Isaksen. I’m always sympathetic to people who just want to make a living, but that’s exactly what I’ve been saying the farmers and gas workers in my neck of the woods and there are a lot more of them than Long Island fisherman, so let’s not play that game. Plus, there’s those 1.8 million gas customers and people living in public housing projects in the South Bronx whose boilers still haven’t been converted from heavy oil to clean gas.  And, what’s this about an existing line? You mean the clams and crabs survived that? I thought you said the calm and crab beds would be destroyed. You mean to say your entire livelihood has been built calming and crabbing in destroyed beds? Please explain. Otherwise, just shut up.