Check out this from the International Energy Agency

“The second wave of the U.S. shale revolution is coming. It will see the United States account for 70% of the rise in global oil production and some 75% of the expansion in LNG trade over the next five years. 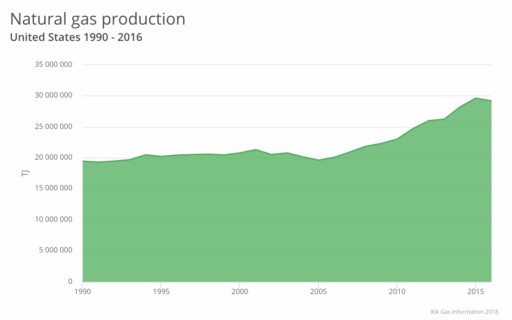 This will shake up international oil and gas trade flows, with profound implications for the geopolitics of energy.”

Doubling Down on Failure:
How a 50 Percent by 2030 Renewable Energy Standard
Would Cost Minnesota $80.2 Billion

A new study by the Center of the American Experiment concludes:

Building and maintaining “green” wind and solar facilities, along with transmission lines and necessary natural gas complementary plants (to provide electricity when the wind isn’t blowing, i.e. 60% of the time), would cost $80.2 billion through 2050.

Every household in Minnesota would pay an average of $1,200 per year, in 2016 dollars, through higher electricity rates and otherwise. 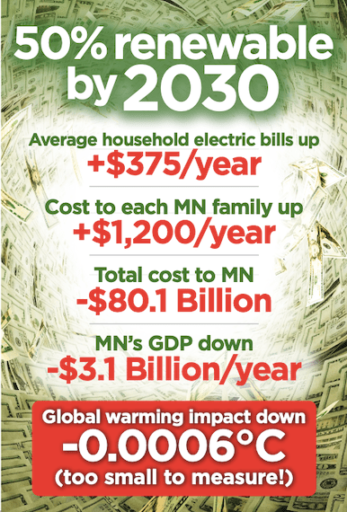 Electricity prices would rise by 40.2%.

The big winners are the regulated utilities, whose profits would increase under the “green” scenario by $30 billion. This is why utilities lobby enthusiastically to be subjected to “green” mandates.

What Andrew Cuomo Is Accomplishing for New York

Andrew Cuomo is getting it done!

On a year-to-year basis, the state gained 103,900 private-sector jobs in January—a growth rate of 1.3 percent at a time when the U.S. as a whole was growing by 2.1 percent, according to the state Labor Department’s monthly jobs report.

New York City accounted for 86,400 jobs of the net new jobs during the period (+2.2 percent). Adding the net job gains of 6,000 on Long Island and 4,800 in the lower Hudson Valley brought the downstate (12-county MTA region) total to 97,200 — or 93 percent of the reported statewide gain as broken down by metro areas.

Yes, Andrew Cuomo is slowly making a wilderness of Upstate New York, just as his gentry class masters have asked him to do.

No surprise here. We’re told 43 percent of all Americans support the “Green New Deal,” according to a poll, but… 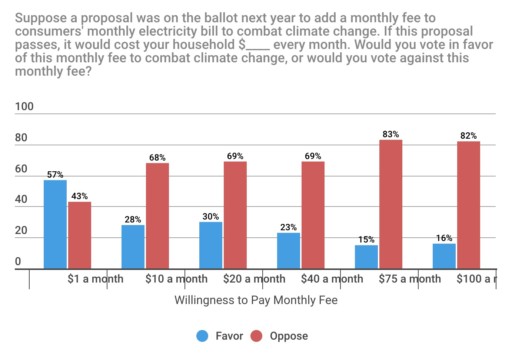 But many people… support the wildly impractical “Green New Deal,” which would cost much, much more than $10 per month, in the name of fighting climate change. The Green New Deal has been variously estimated by think-tanks to cost up to $65,000 per household per year, or at least $50 trillion and possibly over $90 trillion (four times the size of the entire U.S. economy).

Yep. This is exactly what happens whenever you put choices i terms of what theyt will cost the person answering the question. It’s easy to be politically correct when you convince yourself someone else is paying, but when you’re paying, not so much.

What? They Don’t Work When It’s Cold and We Need Them?

From the “you can’t be serious” category:

On any given day, the blades of 100 wind turbines that wrap around the central North Dakota town of Courtenay rotate softly over the prairie, generating enough energy to power 105,000 homes.

But when temperatures dropped below negative 20 degrees on Jan. 29, the white towers automatically came to a standstill and ceased to produce electricity. Until the air warmed up beyond that threshold, the turbines remained dormant.

Wind turbines here and elsewhere have software that senses when the air temperature drops below minus 20 and forces them to shut down, said Mark Nisbet of Xcel Energy, which owns the wind farm. It’s an industry standard to protect turbines from damage during extremely cold weather.

Turbines across North Dakota shut down at times in the last week of January due to some of the coldest temperatures the area had seen since the mid-1990s. Wind power levels dropped significantly, more than experts anticipated.