Don’t Follow California and New York Over the Cliff!

Sadly, a small but vocal minority is trying to undo Pennsylvania’s hard-earned gains. These anti-fossil fuel activists would sooner have the state go the way of California or New York than recognize the benefits of increased natural gas production, not only for the economy but also for the environment.

This opposition movement has targeted midstream infrastructure, knowing it is critical to oil and natural gas production. And it has been successful in stirring up anti-energy sentiment by propagating “what-if” scenarios and misinformation campaigns. The result has been a rash of infrastructure vandalism and an uptick of opposition among local leaders eager to score quick political points.

It bears considering the energy realities of those states that activists hope to replicate. Take California, for example. The Golden State imports more electricity than any other state in the nation. Pennsylvania, by contrast, exports the most energy of any state.

In California, years of echo-chamber activism have led to the introduction of far-fetched policies, like eliminating fossil fuels from the electric grid by 2045—even though the state relies on natural gas for more than two-fifths of its power generation.

How about New York? Pennsylvania’s neighbor to the north imposed a moratorium on fracking in 2014 and has sought to stop infrastructure development—most recently denying a necessary permit for the Northeast Supply Enhancement Project, which resulted in utility providers suspending service to new customers in the region.

As the Wall Street Journal editorial board noted, that one-two anti-development, anti-infrastructure punch has driven up consumer costs and caused New York to miss out on the benefits Pennsylvania now enjoys. It’s also punished much of the Northeast…

Further, these policies result in negative consequences for these states, particularly when it comes to attracting business and investment. California has lost an estimated 13,000 companies since 2008, representing $76.7 billion in capital and 275,000 jobs. Further, the bipartisan Tax Foundation’s State Business Tax Climate Index ranked New York and California 48th and 49th respectively for their overall tax burdens. These states are sending increasingly clear signals that they are not open for business.

Ultimately, those realities beg the question of how far Pennsylvania’s leaders will go to appease opponents of fossil fuels…

It is imperative that state and local officials stick to the facts. Pipelines provide the most reliable form of energy transportation, and new technologies and strong public-private partnerships continue to make them even safer. They are helping to wean the state—which now gets more than 36 percent of its electricity from natural gas—off carbon-heavy fuels, which has helped reduce carbon emissions by 17 percent in Pennsylvania.

Meanwhile, New Jersey Wants to Be There, Too

New Jersey enviros desperately want the Garden State to be in the car with California and New York:

After years spent touting its latest roller coasters and safari revamps, Six Flags Great Adventure has a new claim to fame: one of the world’s first solar-powered amusement parks.

The panels, which cost more than $70 million to construct and were publicly unveiled Wednesday, soak up sunlight, convert it to 23.5 megawatts of electricity and provide 98% of the power needed to keep the sprawling theme park running. Whatever is not used is sent back to the grid. 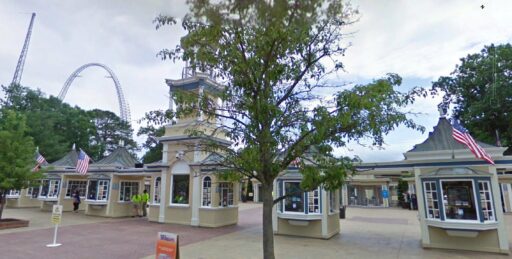 The solar farm, built by KDC Solar, is now the largest net-metered solar array in the state (net-metered means the solar arrays send extra electricity back into the larger power grid)…

“They use 30 million kilowatts a year,” Epstein said. “Even if they were saving a penny (per kilowatt hour), we’re talking real money here.”

Readers of this blog will not be surprised to know 30 million kilowatts per year is equal to the output of a power plant with nameplate capacity of 3.4 megawatts per hour, less than 15% of the 23.5 MW rated capacity of the Six Flags system. This means the system is both extremely inefficient and feeding electricity into the grid at retail prices when it’s not needed, taking down the efficiency of the entire grid. Other ratepayers are paying much more so Six Flags can save its pennies. And, taxpayers are paying through the nose for the tax credits that help finance the system while 40 acres of land are consumed. So much for New Jersey.

The Duplicity of Fractivism and Environment New Jersey

Doug O’Malley is the director of Environment New Jersey, a radical fractivist group opposed to both the PennEast and Northeast Supply Enhancement (NESE) pipeline projects. Here is what he has said about pipelines in New Jersey:

We are truly in an unprecedented era where nearly every corner of New Jersey is being threatened by fossil fuel infrastructure projects. Our state forests and preserved open space and farmlands, the unique ecology of the Pine Barrens, our pristine waterways and vulnerable wetlands are all under threat. From the Pilgrim oil pipeline stretching across North Jersey to the PennEast gas pipeline crossing the Delaware and snaking down through Hunterdon and Mercer Counties to the two proposed pipelines that would bisect the preserved ecosystem of protected Pinelands to the Transco pipeline under Raritan Bay and all of the ensuing compressor stations, fossil fuel companies see environmental sensitive areas as perfect conduits for their products.

And, here’s what he says about transmission lines to move electricity to market from highly uneconomical off-shore wind facilities:

…three developers [are] vying to build offshore wind farms [in New Jersey waters]: Ørsted North America, a Danish developer proposing a project 15 miles off of Atlantic City; EDF Renewables/Shell New Energies, a French company seeking to develop a wind farm about eight miles north of there; and Equinor, a Norwegian firm pushing to build wind turbines 20 miles off the coast of Monmouth County…

The other big issue is expense. The state has declined to make the applications submitted by the developers public, saying they contain proprietary information. But the cost is expected to exceed billions of dollars at a time when utility bills are rising because of other mandates, including modernizing the existing land-based transmission grid, promoting renewable energy, and advancing energy-saving measures.

Each of the three companies is expected to build their own transmission lines to deliver the power to customers in the initial solicitation. Even so, the issue of whether a so-called backbone transmission system is needed to wheel power up and down the coast is one that has yet to be decided by the federal agency or state governments.

The issue of who builds the transmission system is important because it touches on a wide range of questions — which option is best for the environment, both on land and sea; what is the most cost-effective; and what is least costly for the customer, who ultimately pays the bill…

The Anbaric application seeks to build as many as nine offshore collector platforms to collect and distribute power generated from future offshore-wind farms to up to six onshore landings, stretching from Long Island to southern New Jersey…

For the most part, clean-energy advocates who have pushed the state to promote offshore wind remain neutral on the transmission issue, but think it deserves deeper discussion.

“Clean energy only works if you get the power to the public on land,’’ said Doug O’Malley, director of Environment New Jersey. “We should be looking at all options on transmission.’’

So, Environment New Jersey is neutral on transmission lines under pristine waters but says pipelines are an enormous threat. Nothing could better illustrate the duplicity of fractivism. It speaks with a forked tongue. 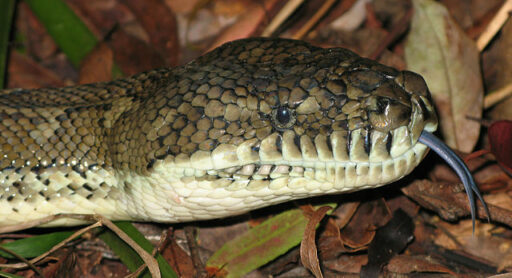