FERC is firing on Andrew Cuomo’s DEC with the big guns now. It just rejected DEC’s request for a rehearing on FERC’s determination DEC had played games in denying the Northern Access Pipeline water quality certification. It did so with glee, Check out these excerpts from the decision:

The Clean Water Act provides for a state to issue a certification within a reasonable period of time, not to exceed one year, and includes language expressly providing for waiver in the absence of action within one-year. As discussed above, the purpose of this provision is to prevent delay. The responsibility to act within a reasonable period of time, not to exceed a year, lies with New York DEC. Given New York DEC has the ability to timely act on a section 401 water quality certification request, the Commission finds it misguided to blame the Commission for not facilitating extensions of time. Congress expressly provided for projects to move forward without state water quality certification when the state waives its authority… 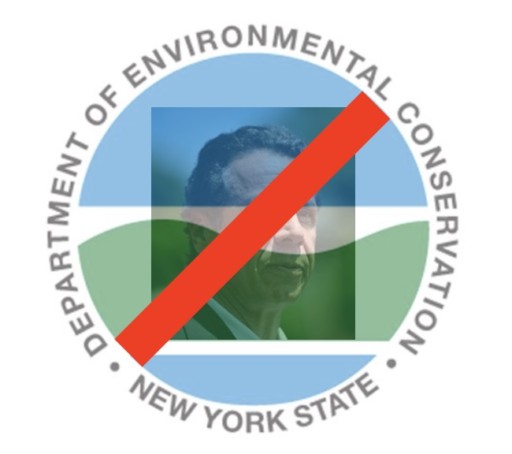 We find that the statute prohibits state agencies and applicants from entering into written agreements to delay water quality certifications, an interpretation consistent with Hoopa Valley Tribe. We have reasonably interpreted section 401 and find that the policy interests advanced by New York DEC cannot override the statute. In addition, New York DEC’s policy arguments fail to recognize countervailing considerations, including the interest in providing certainty around the deadline for state action.

Hoopa has given FERC the backbone it needed and it’s now nailing Andrew Cuomo for his politicization of their process. May it continue!

Ecocide? No, Just Another Radical Attempt at Securing Power

One can only imagine how radicals would use this if they ever got power:

“Ecocide is the extensive damage to, destruction of or loss of ecosystem(s) of a given territory, whether by human agency or other causes, to such an extent that peaceful enjoyment by the inhabitants of that territory has been severely diminished.”

It is the definition of the term by those who use it and by inhabitants it doesn’t mean you and me; only them and the rats, snakes and invasive species of plants they value more than us. And, what do they want to do with it? They want to sue progress to stop it, according to this advocate:

This [ecocide] means serious damage to, or destruction of, the natural world and the Earth’s systems. It would make the people who commission it – such as chief executives and government ministers – criminally liable for the harm they do to others, while creating a legal duty of care for life on Earth.

I believe it would change everything. It would radically shift the balance of power, forcing anyone contemplating large-scale vandalism to ask themselves: “Will I end up in the international criminal court for this?” It could make the difference between a habitable and an uninhabitable planet.

This is insanity of unemployable extremists living in their parents’ basements who dream of power to remake the world in their image, but don’t dismiss it. Karl Marx was such, after all, and hundreds of millions have died because of him. Moreover, here in the U.S. we have the CELDF and its “rights of nature,” which despite court sanctions and an unending trail of legal losses continues to fool the terminally gullible into following it into hell.

There was a rally the other day in Harrisburg. There’s one every couple of hours in the Capital Rotunda, of course. This one was about Absent Andy Dinniman‘s political crusade to milk Mariner East Pipeline opposition for all it’s worth. Here’s a clip from the video: 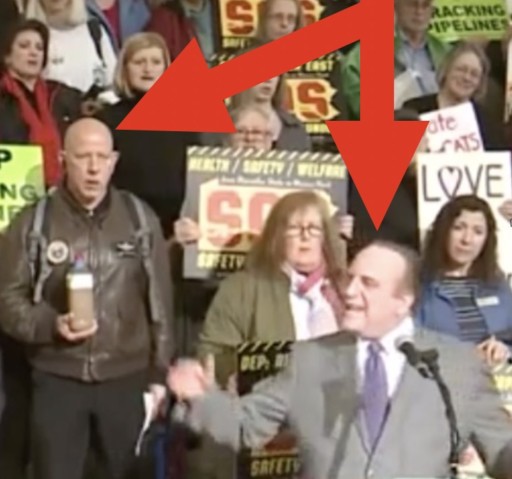 Absent Andy has the appearance and mannerisms of what a dictionary definition of “blowhard” might include as a picture example, of course. In this case, though, he’s outclassed or underclassed, depending on how you look at it, by an anti-gas activist paid by Food & Water Watch and the Catskill Mountainkeeper. That person of, of course, is Craig Stevens, who we recently learned is a legal resident of Virginia now. This sums the complete lack of credibility in the fractivist movement. We have a fellow financed by the New York based Catskill Mountainkeeper (NRDC/Rockefeller gang), who lives in Virginia and is paid to show up in Harrisburg to protest Pennsylvania pipeline. What a farce! But, putting Any and Craig on the same bill? That’s rich.