Our friend Dan Markind points out the obvious truth fractivists and Governor Andrew Cuomo are determined to deny; that the tragic natural gas tanker truck accident in New York a few weeks ago only demonstrates the need for pipelines:

Environmentalists were quick to call for an end to the truck convoys. They demanded to know why the trucks were allowed to drive near homes, schools, and places of worship. These arguments are identical to those used against construction of the pipelines, but ironically give support to the energy industry’s argument that pipelines are the safest means of transportation for natural gas…

Left unanswered by the environmentalists’ demand for an end to the truck convoy is any practical solution to how to deliver the gas to the people who need it. Winters in upstate New York are notoriously long, cloudy, snowy, and cold. While the Governor uses the power of his administration to block creation of a natural gas infrastructure in his state, he fails to address the effect that his actions are having on its citizens: How will upstate New York keep the lights and heat on during the winter? New Yorkers already pay some of the highest prices for electricity in the nation. If the current winter is cold and snowy, they could see price spikes that will cause energy prices to soar.

As usual, Dan gives us some common sense and reason to ponder. Don’t expect our fractivist friends to pay any attention, though.

The only people surprised, of course, are the New Jersey voters who elected this pathetic panderer as their governor:

A controversial proposal for a massive power plant in the Meadowlands was dealt a possibly crippling setback Wednesday night.

After months of protests and environmentalists calling on him to take a stand, Gov. Phil Murphy said he opposes plans for the $1.5 billion natural gas plant on the Hackensack River in North Bergen. 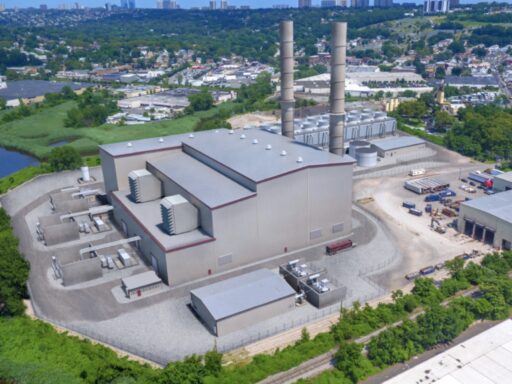 Shortly thereafter, North Bergen Mayor Nicholas Sacco said the Hudson County township will “now move on” and find another use for the property — though the project’s developers said they aren’t dropping their plans.

Murphy, a progressive Democrat who vowed to improve New Jersey’s environment, said during his call-in radio show: “I have, for lack of a better word, come to an epiphany.”

“I’ve deferred on this long enough,” the governor said on Newark’s WBGO. “I have to say definitively, this project simply doesn’t make sense for New Jersey.”

“I’ve reached the point that I’m unequivocally against the project,” he added. “There, I’ve said it.”

Phil cares more for appeasing the likes of Jumpin’ Jeff Tittel and company than meeting the future electricity needs of the people who elected him. North Bergen, where it was proposed, supported it, but that didn’t matter. He didn’t have a moment of epiphany; he a moment of political correctness. How is that New Jersey fell for this guy?

Extinction Rebellion Clowns Get Blooded (by Themselves)

The Extinction Rebellion is a bunched of upper class self-loathing spoiled brats who have richly (pun intended) earned the ridicule they’ve received for this fiasco:

Extinction Rebellion activists used a fire engine to spray what they said was 1,800 liters of fake blood on the Treasury Building in London on Thursday.

In a press release, the group said the action was aimed at highlighting what they called an “inconsistency between the UK Government’s insistence that the UK is a world leader in tackling climate breakdown, while pouring vast sums of money into fossil exploration and carbon-intensive projects”.

At one point during the protest, demonstrators lost control of the fire hose, which proceeded to spray nearby journalists with the fake blood, a food dye mixture.

Honestly, I can’t think of a better way to demonstrate the utter incompetence and unseriousness of these brats. They chose the Treasury building, of course, because their more interested in destroying the capitalism that has coddled them than protecting the environment. Then they chose someone to hold the fire hose who apparently had previously never held anything heavier than a pen or a bullhorn. Just go away you clowns. The rest of us are busy living real lives and we don’t have time for your antics except as occasional entertainment, as in this instance.