There Is Nothing So Good As A Gas Turbine

Renewables ca’t accomplish much of anything with without natural gas:

Their near-instant availability makes gas turbines the ideal suppliers of peak power and the best backups for new intermittent wind and solar generation. In the United States they are now by far the most affordable choice for new generating capacities. The levelized cost of electricity—a measure of the lifetime cost of an energy project—for new generation entering service in 2023 is forecast to be about US $60 per megawatt-hour for coal-fired steam turbo generators with partial carbon capture, $48/MWh for solar photovoltaics, and $40/MWh for onshore wind—but less than $30/MWh for conventional gas turbines and less than $10/MWh for CCGTs. 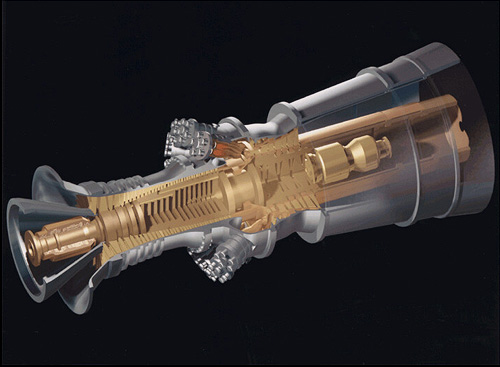 Gas turbines are also used for the combined production of electricity and heat, which is required in many industries and is used to energize central heating systems in many large European cities. These turbines have even been used to heat and light extensive Dutch greenhouses, which additionally benefit from their use of the generated carbon dioxide to speed up the growth of vegetables.

Gas turbines also run compressors in many industrial enterprises and in the pumping stations of long-distance pipelines. The verdict is clear: No other combustion machines combine so many advantages as do modern gas turbines. They’re compact, easy to transport and install, relatively silent, affordable, and efficient, offering nearly instant-on power and able to operate without water cooling. All this makes them the unrivaled stationary prime mover.

Some numbers, huh? And, how about that “prime mover” thing?

The Conservative Party once elected a U.S. Senator, James Buckley, but these days New York is a headed towards Empirezuela. Given the total fecklessness and incompetence of the state’s Republican Party, this call by the Conservative Party is at least a start toward restoration of sanity:

The New York State Conservative Party and Chairman Jerry Kassar are calling for the immediate lifting of the ban on the statewide natural gas extraction process, meeting with local officials and experts on Saturday afternoon.

The party is looking to grow the economy and restore the rights of property owners through the reversal of the ban.

Town of Windsor Supervisor Carolyn Price says Windsor has seen the economic benefits of having the infrastructure for a gas pipeline, which comes from within a matter of miles over the Pennsylvania border. 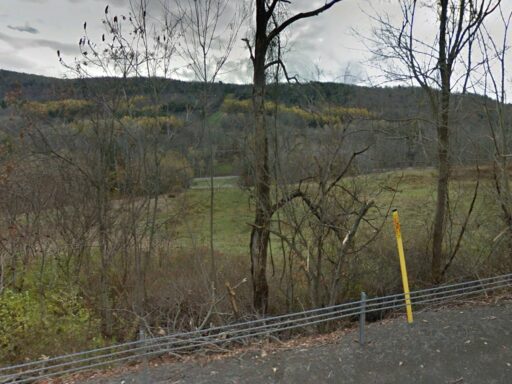 Price says Windsor is number 8 out of 977 cities and towns in New York State for tax base growth due to the infrastructure and believes the town could grow even more if the ban was lifted.

“Probably we would be number one because we would have tremendous growth even beyond what we’ve had,” said Price.

From 2012 to 2018 Pennsylvania received $1.47 billion in tax revenue from fracturing. Julie Lewis, business analyst with a local gas company, says if the ban did not exist it could protect towns like Deposit, who is at risk of losing their police force.

“Something like drilling and allowing high volume hydraulic fracturing could be the catalyst that actually allows them not to eliminate their police force, it allows them to be able to cover those expenses that they really struggled with,” said Lewis.

The conservative party says one of the reasons for lack of economic growth in New York State is the ban on hydrofracking, which could have the potential to add new jobs.

Congrats to our good friends Carolyn Price and Julie Lewis for speaking up!

If you think I’m exaggerating with “Empirezuela” just read this;

“It’s always been difficult to get things done in this region, but the final straw is this natural gas situation,” Engel Burman president Jan Burman said last month.

The company cannot secure gas service for 1,000 proposed housing units in about 10 projects across Long Island, from Long Beach to Smithtown. Executives said using electricity for heating, cooling and appliances would increase construction costs by 20%, while the properties don’t have room for oil tanks.

“How do we design these communities if we don’t know what energy will be available?” said Steven Krieger, a company principal. “We have about $700 million in projects that are affected by the moratorium. We cannot wait much longer for a solution to this energy crisis.” 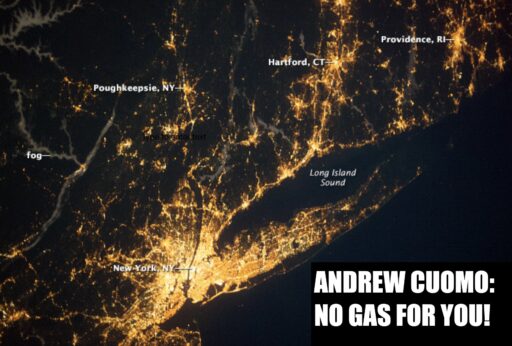 The moratorium has dampened Julie Marchesella’s hopes of finding a tenant for a long-vacant storefront in her small commercial building in Elmont. She said the space has been empty for 10 years, but the nearby Belmont Park redevelopment project has revived interest among prospective tenants.

“The store space needs renovation, a new heating system and bathroom,” said Marchesella. “That means bringing more gas to the building and opening a new account [for the tenant]. You cannot do either until the moratorium is lifted,” she said.

The Hempstead Turnpike building, which consists of two apartments above two storefronts, won’t turn a profit until it’s fully occupied, Marchesella said. “The moratorium is impacting those trying to make a living.”

Opponents of the pipeline extension, called the Northeast Supply Enhancement project, want businesses of all sizes to pursue renewable energy sources, such as geothermal and electricity produced by the sun and wind.

Really? You imagine natural gas can be replaced by intermittent renewables that still require natural gas as their backup. You’re idiots! You don’t care about anyone but yourselves and green political religion. It’s because of you New York’s Machiavellian governor is engaged in this stupid game and he’s taking you to Empirezuela faster than you ever imagined!