Future Demands for Our LNG Likely to Just Keep Growing

There is no end in sight for the growing demand for our LNG:

EIA expects natural gas consumption increases in China because of growth in the country’s electric power sector. This growth will result from both increased demand for electricity and from natural gas-fired power generation that displaces coal-fired units. During the IEO2019 projection period, EIA expects that natural gas consumption in China’s power generation sector will increase by a factor of four to reach 7.3 quadrillion British thermal units (Btu) in 2050. Energy-intensive urban areas such as the Beijing-Tianjin-Hebei metropolitan area and northeast China will favor natural gas-fired units and other sources of electricity that result in less air pollution compared with coal-fired units, according to IEO2019 Reference case results. 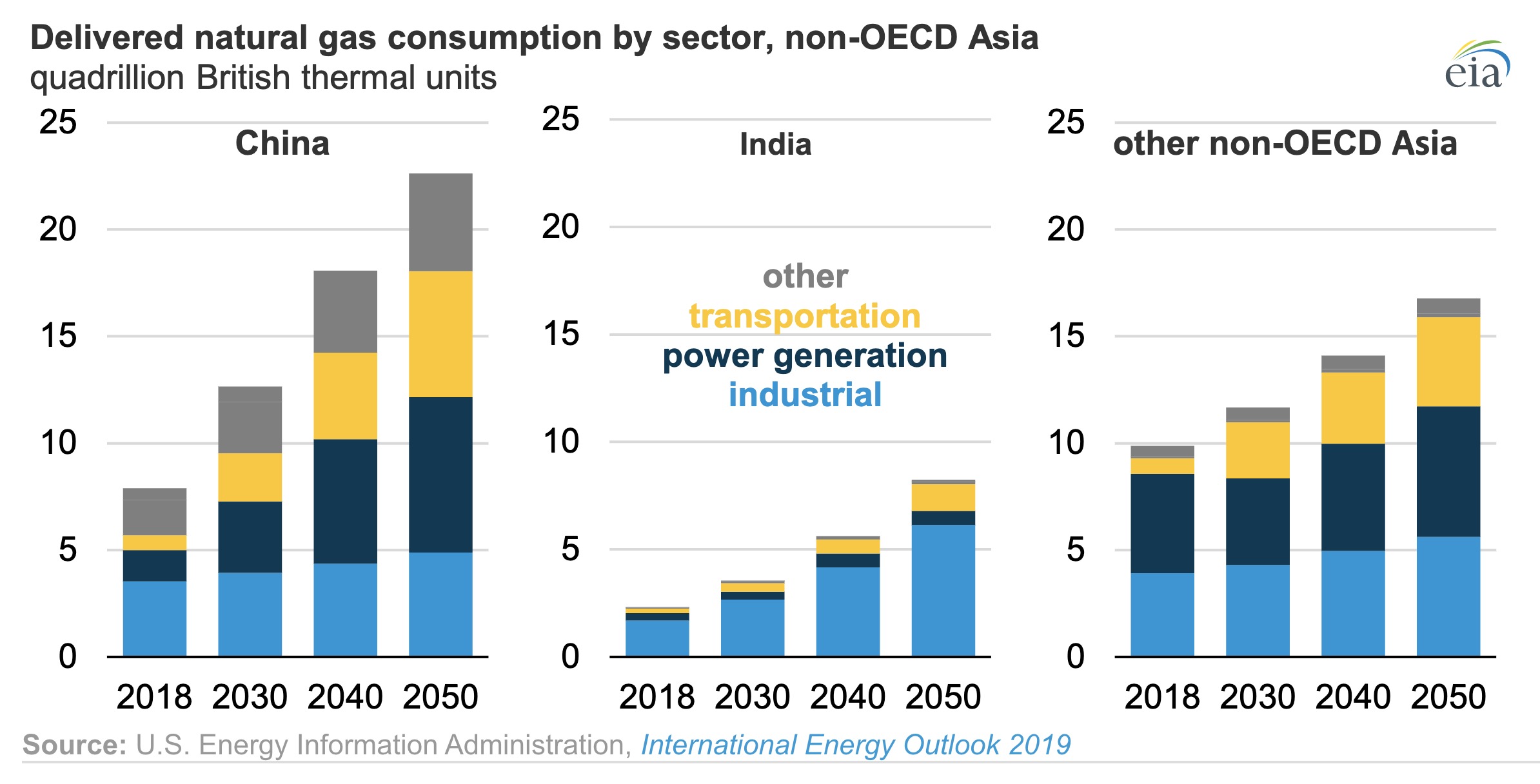 Increasing demand for natural gas in India is related to its increasing production of goods. Natural gas use in India’s industrial sector will surpass China’s industrial sector after 2040 and it will reach 6 quadrillion Btu by 2050, according to the IEO2019 Reference case. EIA expects India’s energy-intensive manufacturing to grow, especially the production of iron and steel, non-metallic minerals, and basic chemicals. EIA expects other countries in non-OECD Asia, such as Bangladesh, Thailand, and Vietnam, to experience a 30% increase in natural gas demand between 2018 and 2050 as a result of increased manufacturing.

So, You Think A Change of Parties Will Change Everything? Think Again!

Who is it that has opposed the proposed wind farms? Who was it that opposed the proposed biomass plant? What is a “green” initiative? What we should be pursuing are initiatives that are supported by good science that will, for every dollar invested, improve the quality of our environment. Wind farms and solar farms may or may not do that. In order to site them, either agricultural or forest land must be cleared. That agricultural or forest land was sequestering carbon via the process of photosynthesis and won’t do that after being cleared. Will the electricity generated by wind or solar farms that will occupy that land produce enough electricity to reduce the need for fossil fuels by enough to offset that loss? If not, we shouldn’t do it. 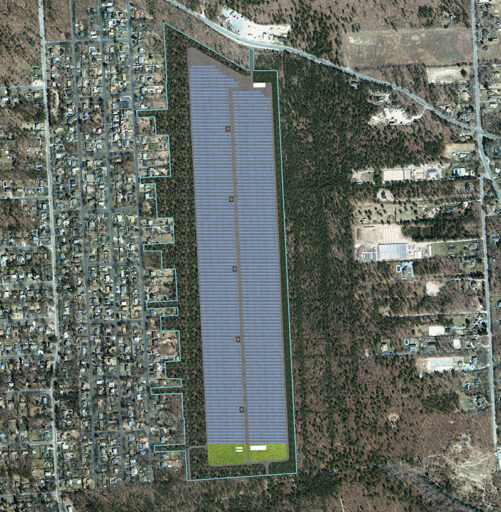 Middle Island Solar Farm, which involves removing all this forest land in an urbanized area that needs it, just to build a 19 MW solar facility that can only generate electricity when the sun shines and has to be backed up by natural gas anyway.

What does that mean and what will it cost? Are we talking about the “Green New Deal”? If so, we simply can’t afford it. Are we talking about adopting what the city of Seattle did to address climate change? They implemented a mandate to force residents to switch from using heating oil to an alternative energy source (not yet sure what that will be) by levying a high tax on fuel oil. The average cost of the proposed conversion was $10,000. If we can’t afford to pay our taxes, can we afford to pay more to heat our homes and cook our food?

“Continuing to resist fracking and other extractive land uses.”

Do you use oil or natural gas to heat your home or cook your food? If you do, you simply can’t support this agenda item without being a hypocrite. Do you drive on salted roads in the winter? If you do, then you can’t support banning extractive land use as salt is mined.

What If We imposed RGGI and Were Able in Pennsylvania to
Reduce 100% of the Carbon Dioxide Emitted by Electricity?

That is the question, isn’t it, as ever politically correct Governor Tom Wolf proposes forcing Pennsylvania into the Regional Greenhouse Gas Initiative or RGGI scam? Our guest blogger Roger Caiazza has exposed the foolishness of the RGGI program here, here and here. Greg Wrightstone has also done so here and has just testified in Harrisburg as well. Here is his testimony:

It’s nice to see folks fighting back against this RGGI nonsense, which is nothing but a scam to rip off ratepayers and funnel their money corporatist green energy rent-seekers, supported by utility companies who profit the same either way, even though they know i’s all foolishness. Anyone worried about global warming (I’m not) and wanting to do something about CO2 should be supporting natural gas, which is the only thing that makes sense and ought to be supported by all of us on both sides of the global warming debate (and, yes, there is one).