Occasionally, one of our readers will chide us for calling Andrew Cuomo “Governor Corruptocrat” but we continue to do so for one reason; it happens to be true. Cuomo is the epitome of political corruption where nothing is sacred in the way of propriety and every scale has his personal thumbprint on it. Take this, for example:

Gov. Andrew Cuomo is facing questions over the resignation of a state ethics board member who claimed information was leaked about a vote that may have involved Cuomo’s former top aide Joseph Percoco.

Cuomo was allegedly briefed on the details of a closed-door vote by the state Joint Commission on Public Ethics in January, the Times Union in Albany reported late Wednesday. But Cuomo’s office and state officials rejected the allegations, and a state investigation found the claims could not be proven true. 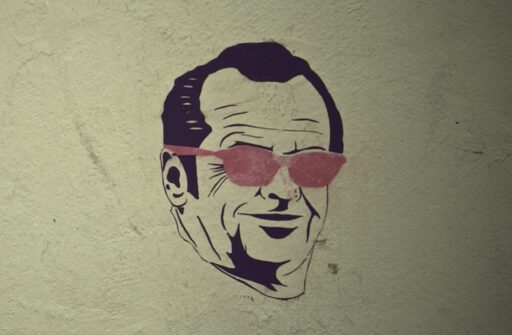 The allegation that either Cuomo or his staff was informed of a private vote by JCOPE sparked an investigation by the state Inspector General’s Office.

The probe came after the board member, Julie Garcia, said she was contacted after the vote by a staff member to Assembly Speaker Carl Heastie, who had appointed her to the board.

She brought her complaint to JCOPE executive director Seth Agata, and the IG’s investigation was commenced.

“I was alarmed when I was contacted so quickly after that (January) meeting,” Garcia told the paper.

“I was being told the governor knew how I voted in executive session, even though I was unable to confirm whether or not the information was accurate.”

…Heastie spokesman Michael Whyland said while Heastie and Cuomo have had “many conversations” about ethics, “He does not recall having a conversation with the Governor regarding the specifics of any JCOPE investigation.”

He added, “The Governor has certainly never asked the Speaker to call commission members to change votes about any investigation.”

It isn’t about changing votes, of course. No, it’s about punishing anyone who doesn’t toe the line and forcing a resignation. If you’re wondering why Howard Zucker and Joe Martens let themselves be used and abused during that December, 2014 press conference where Cuomo said no fracking, this is why. Likewise, if you wonder why the political hacks Cuomo appointed to the Public Service Commission just sat there and took their punishment for not crucifying National Grid, this is the answer. Andrew Cuomo is, politically speaking, New York’s mob boss governor; Governor Corruptocrat.

Ruskies Taking It on the Chin from Our Shale Revolution

It’s so nice to see the leverage our shale revolution is giving America’s friends: 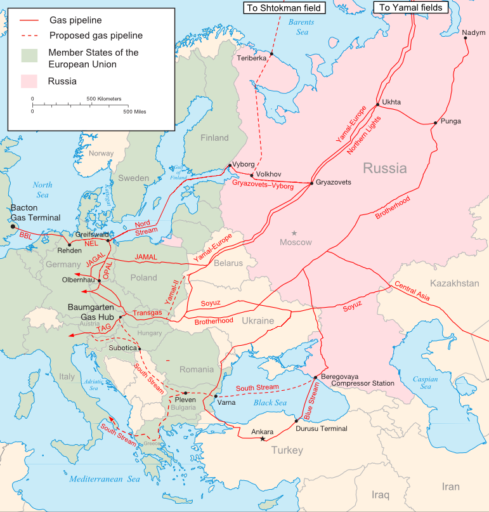 Polish company PGNiG said that, in line with the provisions of the deal, it had sent Gazprom, which is controlled by the Russian state, notice that it will terminate the contract as of Dec. 31, 2022. It said Poland will continue to have enough energy after that date.

The finance and development minister, Jerzy Kwiecinski said the intention is not solely to stop imports from Russia but to get fair terms.

I’d say that means Poland is going to mostly squeeze Gazprom out of the equation. Love it!

Some great news, to say the least, from our old friend Dan Alfaro:

American consumers are reaping the benefits of soaring natural gas production, pocketing over $1.1 trillion in savings over the past 10 years, according to a new report released by Shale Crescent USA  and the Ohio Oil & Gas Energy Education Program.

The analysis shows growth in domestic natural gas production resulted in more than $4,000 in savings per household over the 10-year period for those who use natural gas, and billions of dollars saved by manufacturing end users in the Shale Crescent region of Ohio, Pennsylvania and West Virginia. The price of natural gas has dropped as a result of dramatically increasing production from shale, with the majority of new growth coming from the Appalachian Basin.

The cost-savings have grown in tandem with increased shale development, and include substantial benefits across residential, commercial, industrial, and electric power sectors, the report found.

Natural gas costs – which have fallen 65 percent from $8.86 per thousand cubic feet in 2008 to $3.08 last year – have a direct impact on almost all goods and services. When distributing the cumulative $1.1 trillion in savings to each of America’s 125 million households, the average annual savings equate to $900 per household per year, or $9,000 in savings since 2008.

The graph above says it all but two others from the story will knock your socks off. This one tells us where natural gas production is growing: 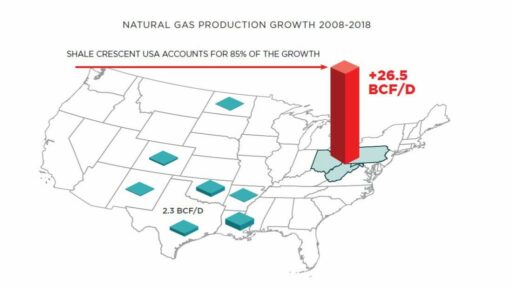 The second compares the natural gas marketed from Ohio, Pennsylvania and West Virginia (the “Shale Crescent”) with little old Texas: 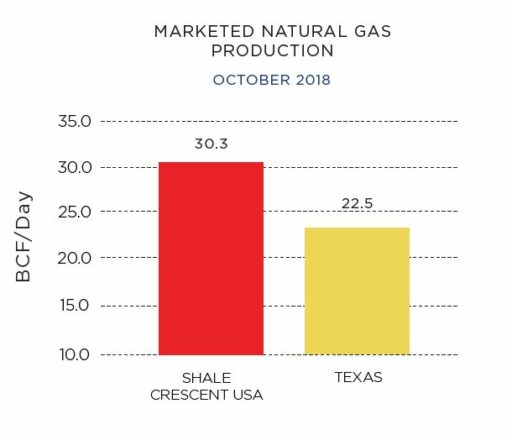 We are sitting on top of the world energy-wise!