Put two buffoons together and what do you get? You get one buffoonish prediction that we now have but 18 months to save the planet. Prince Charles, the cad no reasonable person would hold up as an expert on anything, says this:

“I am firmly of the view that the next 18 months will decide our ability to keep climate change to survivable levels and to restore nature to the equilibrium we need for our survival,” said Prince Charles, speaking at a reception for Commonwealth foreign ministers recently.

And, who echoed the Prince no one wants to be King? Well, none other than Mark Ruffalo the little Green Hulk we know so well from his juvenile fractivist activities and strange associations: 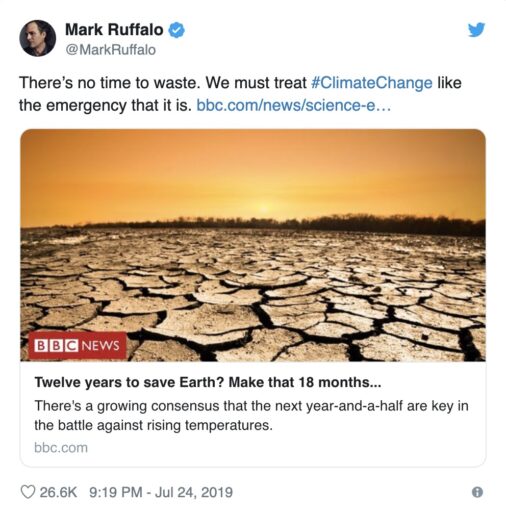 When are climate activists going to get serious and talk about the contribution of natural gas to reducing CO2? Not anytime soon, it appears.

And, Speaking of Buffoons…

No facts, no evidence and not even a hint of responsibility:

Ideologues never do anything but assert and proclaim, do they?

From Bloomberg News, an outfit with much empathy for fractivists and their ilk:

About $400,000. That’s how much two New York City deli owners say National Grid Plc may cost them by refusing to supply natural gas to a new burger restaurant they’re planning in Brooklyn.

The men are victims of a complex face-off between the utility that supplies gas to the metropolitan area and state regulators. New York and New Jersey have denied approvals for the $1 billion Williams Cos. pipeline expansion that National Grid has said is needed to boost their gas capacity.

Williams Cos. has vowed to reapply for approval but, in the meantime, National Grid is declining to approve any new contracts to supply gas. It’s a decision that could hamstring new businesses and housing, say support groups in New York and on Long Island. 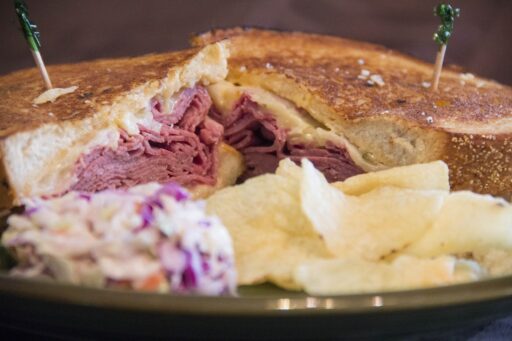 No gas for you, Mr. Deli Owner

The deli owners learned in early July the utility wouldn’t accept their application for gas. Now they say they may have to cancel their plans. “We have already hired employees, who are sitting and waiting, asking ‘When can we come into work?” Muhammad Quereshi, one of the men, said in a telephone interview. The denial, he said, leaves them to pay back $400,000 in business loans they expected would come from the new restaurant’s profits.

Nobody knows how many businesses are affected yet, but any business that wants to come in and requires natural gas — in particular, restaurants — will face difficulty trying to get it.

The fruits of thinking, if you can call it that, by the likes of Warren Wilhelm Jr. a/k/a Comrade Bill de Blasio.

How well I remember Jumpin’ Jeff Tittel, the full of himself New Jersey shill for the Sierra Club coming to Waymart for DRBC hearings on the latter’s proposed fracking ban. Jumpin’ Jeff fancies himself a master of the flippant soundbite. He was commenting on the fact New Jersey had a new governor then coming on board in the person of Pandering Phil Murphy who, he said, would reverse the policies of his predecessor, that “fossil fool” Chris Christie.

I was no fan of Christie, who, after all, refused to let the DRBC vote for the fracking regulations the agency had earlier prepared, but Tittel was so obviously aiming for another media quote with his “fossil fool” reference that I actually felt a soft spot in my heart for the obnoxious Christie at that moment.

That’s why it gave me special pleasure to read this from NJ.com:

The natural gas-fired plant, planned for the former Kopper’s Koke peninsula on the Hackensack River, would provide electricity to rail lines during weather emergencies like Superstorm Sandy and other power outages.

But after NJ Transit unveiled the plan, more than 50 local, state and national environmental and community groups signed a letter urging Gov. Phil Murphy to oppose the 140-megawatt plant and instead support projects powered by renewable energy that don’t emit carbon dioxide…

A spokeswoman for Murphy noted the project is currently in the public comment and reply period, and that both NJ Transit and the Federal Transit Administration “are gathering all relevant environmental comments and concerns, and these agencies will address them in a comprehensive fashion.”

“Governor Murphy has confidence that this rigorous review process will illuminate and address any environmental issues,” Alex Altman said.

Jeff Tittel, the director of the New Jersey Sierra Club, said the plan is “just the opposite” of resilient and that it would emit over 383,000 tons of carbon dioxide, and have “serious health impacts on nearby communities.”

Welcome to the club, Phil. You thought you could pander to this handful of extremists and buy them off with your DRBC positions against fracking outside of New Jersey, but nothing less than 100% support of their radical agenda ever suffices. You’re now well on your way to becoming a “fossil fool” too. Congratulations.