Joe Manchin, the Democrat Senator from West Virginia who wants the trades to suppose he is their friend, showed his true colors with this:

Two Democratic senators—Sens. Joe Manchin of West Virginia and Jon Tester of Montana—who initially voted in favor of a Republican amendment reversing President Joe Biden’s cancellation of the Keystone XL pipeline later reversed themselves and voted with other Democrats to kill the amendment.

Both Tester and Manchin voted late Thursday night for the amendment from Sen. Steve Daines, R-Mont., that would have reversed Biden’s Jan. 20 executive order ending further construction of the Keystone XL oil pipeline, but changed their votes before dawn on Friday morning.

Daines’ amendment was attached to a COVID-19 relief bill and initially passed 52-48, but after Manchin and Tester switched sides, Vice President Kamala Harris cast the tie-breaking vote to kill the amendment on a straight party-line vote. 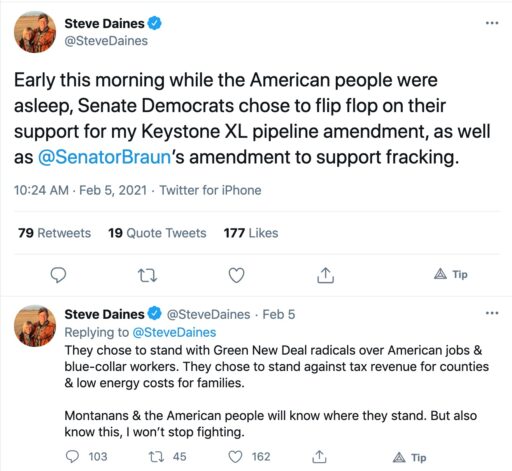 An angry Daines tweeted Friday morning, “Early this morning, while the American people were asleep, Senate Democrats chose to flip-flop on their support for my Keystone XL pipeline amendment, as well as @SenatorBraun’s amendment to support fracking.” Sen. Mike Braun is a GOP lawmaker from Indiana.

Funny how Democrats all hang together and Republicans won’t isn’t it? Manchin is not who he wants trades to think he is and unless he’s made a deal behind the scenes to get Biden to back off and that isn’t likely and probably wouldn’t be honored.

DRBC Making the Case for A Taking!

It is impossible to read this story without recognizing the DRBC is digging a gigantic hole for itself into which the corrupt agency could easily fall and disappear as a a result of having to pay billions for their taking of natural gas rights:

The Delaware River Basin Commission has had a temporary ban on natural gas fracking in the watershed since 2010 while it developed regulations on the process.

DRBC proposed a permanent ban on one process for developing Shale gas– fracking– in November, 2017 for public review.

The virtual meeting will begin at 10:30 a.m. and will be available via Zoom… 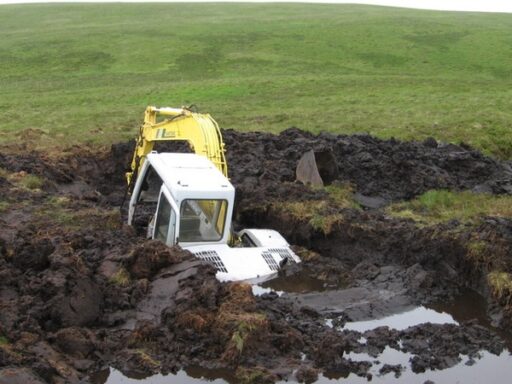 The DRBC had better stop digging or its going to find itself owing billions for mineral rights!

On January 11, the entire PA Senate Republican Caucus filed a lawsuit in federal court challenging the DRBC moratorium on drilling.

On February 12, the Delaware RiverKeeper filed a motion to intervene in the lawsuit…

Republicans in both the Senate and House have introduced legislation that unilaterally declares a fracking ban a taking of property and would require the Delaware River Basin Commission to directly compensate landowners for their loss of property value if a permanent fracking ban is enacted by the Commission.

At a House Committee hearing in March of 2019, supporters of this legislation said the bill would require DRBC to pay landowners up to $10 billion, a significant portion of which would have to be paid by Pennsylvania taxpayers since the state is part of the DRBC.

A suggestion was made to put a fee on each household to pay the Wayne County landowners for their lost property value at another House hearing.

Senate Bill 305 (Baker-R-Luzerne) was reported out of the Senate Environmental Resources and Energy Committee in June of last year and was left in the Senate Appropriations Committee and the end of session last year.

House Bill 827 (Fritz-R-Wayne) was left on the House Calendar without action at the end of session after being reported out of the House Environmental Resources and Energy Committee in May of 2019.

Both bills are expected to be reintroduced again this session.

Just incredible! The allegiance of the DRBC to the gentry class robber barons who want to make a wilderness out of the Upper Delaware River Basin for their personal enjoyment knows no bounds. They’ll destroy themselves before surrendering to fair play.

LNG  and Pipeline Exports to Mexico Strong and Getting Stronger!

Despite the pandemic, LNG exports are back and so are pipeline exports of natural gas to our neighbor Mexico:

U.S. LNG exports set consecutive monthly records of 9.4 Bcf/d in November and of 9.8 Bcf/d in both December 2020 and January 2021, according to EIA’s estimates based on the shipping data provided by Bloomberg Finance, L.P. EIA forecasts that U.S. LNG gross exports will average 9.7 Bcf/d in February 2021 before declining to seasonal lows in the shoulder months of the spring and fall seasons. EIA forecasts LNG exports to average 8.5 Bcf/d in 2021 and 9.2 Bcf/d in 2022, compared with average gross pipeline exports of 8.8 Bcf/d in 2021 and 8.9 Bcf/d in 2022.

Nice! And, remember, those exports of natural gas are revitalizing rural areas in Ohio, Pennsylvania and Texas, to mention a few.