A new documentary, ‘Juice,’ challenges the elitism of anti-growth environmentalism:

The industrial revolution wasn’t possible with wood…the environmental and economic benefits of electricity stem from its power density. Thanks to electricity, Henry Ford’s River Rouge Complex factory in Detroit in the 1920s had a power density 50 times higher than that of America’s first large, integrated clothing factory 100 years earlier.

Where does that energy density come from? Natural gas, of course, not to mention other fossil fuels and nuclear energy. Only natural gas, though, delivers both low carbon and economy. Our cities today can’t survive without it and third-world countries will never rise without it. Here’s a trailer for Juice:

Check it out here.

From our guest blogger, Stephen Heins, The Energy Pragmatist:

Frankly, the real problem is the gentrification of large American cities populations and the ossification of city infrastructure. The decay of the New York subways and Los Angelos freeways are classic examples. The long term failure of urban governance in most big cities here and abroad could not be more obvious. 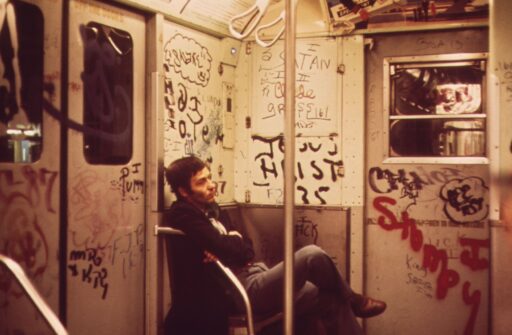 The NYC subway system in the 1970s, now making a return under commie Mayor DeBlasio

While many urban areas (like NYC, LA, SF, CHI, PHI, BOS, and SEA) have controlled much of the media and political discussion about fracking, climate change, demonstrations, and police brutality, the rural areas are actively pursuing a more balanced approach to energy and economic development in the US.

There is one factoid that most accurately describes the great divide between the city and the country: “Private rural areas cover 97 % of America’s land, but contain only 19.3 % (about 60 million people),” wrote Census Bureau Director John H. Thompson.

The 270 million or so urbanites need to be reminded that they know precious little about rural life and yet they somehow feel intellectually and morally superior to it. Ultimately, the rural areas control most of the American private property rights, which is surely just as important as the First Amendment.

In all fairness, the rural population deserves to have more effective control over their land, their water, and their economic lives…

In terms of emission reduction strategies, the Shale Revolution (done mostly on rural land) has reduced more emissions than any carbon tax, cap and trade, state or national mandates, or renewables. [By substituting natural gas for coal and heavy oil.]

Nonetheless, the rural areas comprising 97% of American are still being given short shrift politically, environmentally, and economically. The irony is that rural areas are better at local governance, while being more fruitful for entrepreneurs and capital formation. In principle, the Electoral College is the only thing keeping big-cities from talking over the United States.

Blame it on urbanization, deep-seated political corruption, large populations, and its many, many arrogances.

The Role of Natural Gas in Today’s Energy Transitions

You only to look at this chart from a recent IEA report to understand the environmental contributions of natural gas if you think the planet is threatened by CO2: 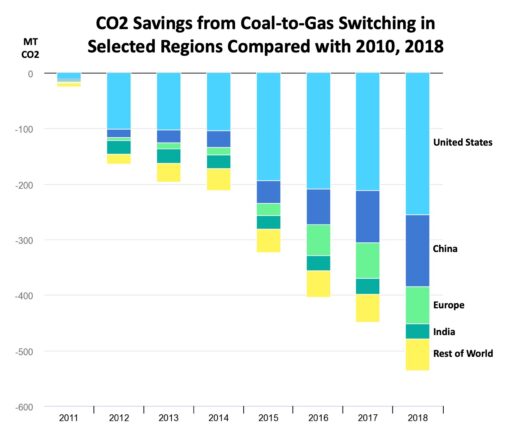 Also from the report:

Natural gas is one of the mainstays of global energy. Where it replaces more polluting fuels, it improves air quality and limits emissions of carbon dioxide.

What else is there to say?

Another contribution from our friend and poet laureate, Aaron Price, who was Director of Gas Odyssey:

Those who love the land,
Know the land and its use.
We walk through the woods.
What does it matter
What we do?

And who will serve
A Ship of Land or
Follow where it goes?
If there is no more
E Pluribus Unum
And better means,
And men unknown?

And why does the land
Ask you not to “walk?”
The land has heard
How men, not Man,
Can talk.

Says the landowner to a friend,
Retired from the sea:

“Each of the men
Who owned this land
Before me,
Ask each of them,
If they were stronger
At the beginning,
Or the end? 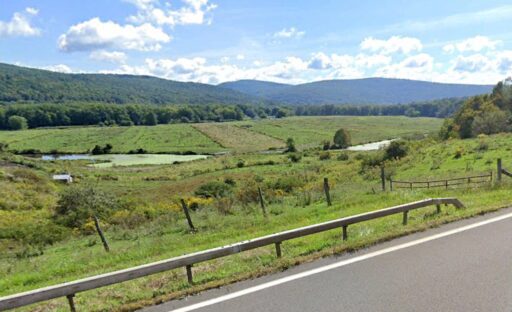 The land is merely a gift,
A bargain when you are in need,
Waiting for who is next,
To build again for liberty.”

My friend took awhile to reply.
“You said the land is like a ship?
Our Admiral is good,
But we are lost.
Each of us

Owns the land,
But, who will pay the tax?
So no one owns the land
Or the gas.
And I fear we will become
A wave in the dark.”

“The path to the land
Is simple.

“We walk through
The woods together.
What does it matter
What we do?”

“Those who love the land,
Know the land,
And its use.

I look at my land
And I am happy.
When I think of our land
I am sad.
My friend thinks of the ocean,
If only the times we live in
Were just as vast.

But, there’s a sadness
Now to how some people think.
And when you look at the land
Know they won’t let
You develop it.”