Natural gas and renewables are natural partners when it comes to reducing CO2 emissions but natural gas has been doing all the heavy lifting according to official calculations by the EIA. This is news that should warm the heart of everyone truly concerned about greenhouse gas emissions.

Although total electricity generation use grew by about 1% from 2005 to 2016, related CO2 emissions fell by 24% over that period.

The following table, generated from EIA data, says it all: 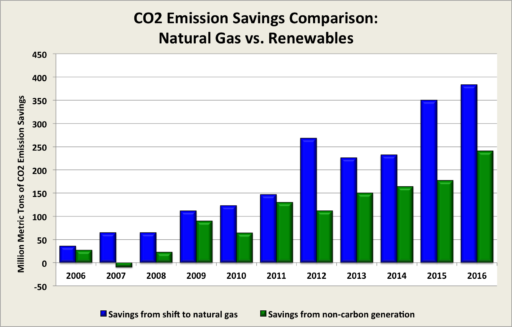