A new study says natural gas hasn’t just helped lower CO2 (if you care) but also, and much more importantly, saved 38,000 or so lives and done lots more.

It has bothered me for some time that, with all the talk about lowering CO2 emissions by substituting natural gas for coal, the far important environmental benefits of natural gas are getting short shrift. The impacts of lowering CO2 emissions are debatable, after all, but those associated with lowering actual air pollutants are undeniable. Now, an academic study published in the Nature Sustainability pulls our attention back to what ought to matter; that natural gas conversions save lives. 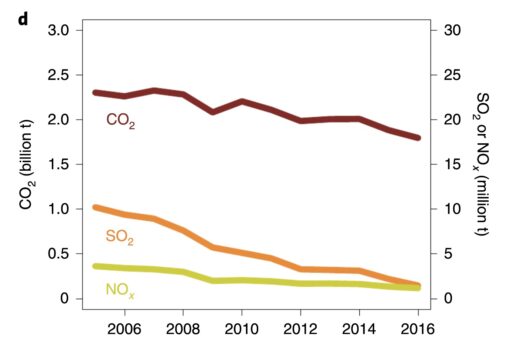 The study, entitled “The downstream air pollution impacts of the transition from coal to natural gas in the United States,” follows the academic template of writing in an unintelligible gobbledygook, using trendy terms to convey studiousness. It employs the current favorite academic buzzword “robust” five times, in fact. But, the study also gets at an essential truth; that natural gas development brought forth by the shale revolution has saved lives and much more, dwarfing its CO2 benefits.

I have, to save you, our treasured readers, the drudgery of plowing through the whole thing, by doing so for you. Here are the essential points regarding why the conversion of electric power plants from coal to natural gas has been so beneficial:

Bottom line? Natural gas has saved tens of thousands of lives and substantially improved crop yields near older coal plants. Forget CO2, this is what really matters, but if you’re obsessed with global warming you also ought to like gas because it’s reducing that, too.

3 thoughts on “Natural Gas Does A Lot More Than Just Reduce CO2; It Saves Lives!”