Natural gas airplanes are not something we hear about everyday but they’ve been around a while and now they’re taking off.

In the past, we have written about the increasing popularity and benefits of using compressed natural gas (CNG) in cars and motor vehicles. The low cost of CNG when compared to other types of fuel, in addition to the readily-available supply, make it a quickly growing energy source. The possibilities of using CNG now extend to another form of transportation: natural gas airplanes.

While the recent growth of natural gas can make this seem like a new industry, non-petroleum gas usage in vehicles has a long history. The Tupolev Tu-155, a world’s first plane to run on liquid hydrogen and CNG, had one of its first test flights in April 1988.

Tupolev went on to do many tests using natural gas as a fuel for aviation. They decided to explore the use of natural gas in flight due to natural gas’s low weight. Because of its low density, it is 20% lighter than conventional jet fuel but provides the same amount of power. By increasing the amount of energy that can be stored on a plane while saving space allows airline companies to spend less on jet fuel.

The Tupolev Tu-155 was one of the first air vehicles to run on both compressed natural gas and liquid hydrogen. 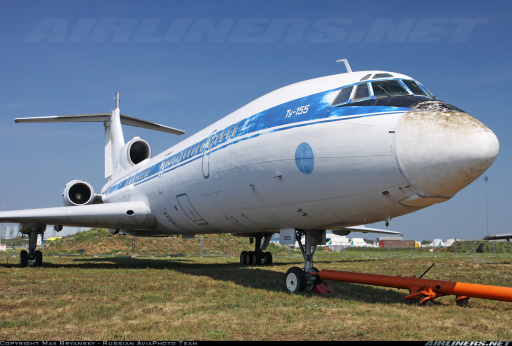 Today, natural gas planes are being designed and used by companies such as Aviat Aircraft, Chromarat and Qatar Airways. Airplanes with Rolls Royce and General Electric engines are also able to be fueled with natural gas.

As companies work to develop even more efficient air vehicles, CNG stands out to owners of small aircrafts. Aviat Aircraft recently unveiled the Husky CNG 200HP, the first duel fuel plane. Planes like this have the benefit of reducing the cost of flight for small plane owners. 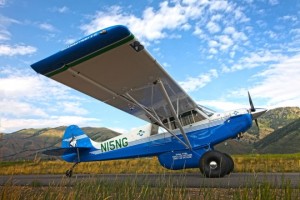 The following quote comes from Jonathan Gibbs, President of the Savion Aerospace Corporation:

“I like to say that natural gas is the gift that keeps on giving. It’s both cleaner, cheaper and lighter than diesel or petroleum. No other alternative aviation fuel can make two of these claims, let alone all three.

With all the benefits that natural gas brings, the future of aviation and natural gas as a fuel source will be an interesting one to watch.