Ireland has said no to fracking (“Ná Fracáil”) but eagerly signed onto LNG from America. It’s a beautiful thing for Texans but hugely hypocritical for Eire.

Ireland recently decided to ban shale gas , adding to a small  list of paragons, mostly with little to no shale potential such as Wales and Vermont which shale opponents often cite to those who wish to explore more prospective areas such as New York State, Lancashire and London. Green Party Senator O’Sullivan was quoted as saying:

“Our current energy policy is nothing less than a complete contradiction, a policy that can only lead to one conclusion: we should keep the petroleum in the ground.” 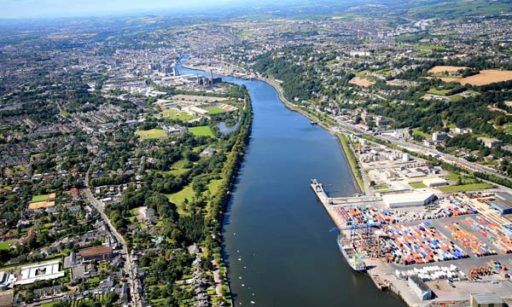 With unseemly haste, within a month, rather proving Senator O’Sullivan’s point, Ireland also decided to start importing it.

Texas-based liquefied natural gas (LNG) company NextDecade is eyeing up a LNG import terminal at the Port of Cork.

The company announced it had signed a memorandum of understanding with the Port of Cork to “advance a joint development opportunity in Ireland for a new floating storage and regasification unit and associated LNG-import terminal infrastructure”.

Under the terms of the memorandum the potential development at the Port of Cork would receive LNG from the Texan company’s planned Rio Grande LNG project in south Texas. The Rio Grande valley is one of a number of areas where preliminary work on US president Donald Trump’s border wall is taking place.

“The development would provide competitively-priced energy solutions to Ireland and its regional partners under long-term contracts,” the company said in a statement. “If constructed, the project would substantially increase and diversify Ireland’s supply of natural gas.”

The Rio Grande LNG project is indubitably shale gas, coming from the abundant resources of South Texas Eagle Ford shale and the even more prolific Permian Basin of West Texas and New Mexico. Both of those shales, Senator, depend on gas coming out of the ground associated with oil.

Thus, Ireland is not only contributing to high greenhouse gas by importing gas a two week voyage away instead of under their feet,  it’s also enabling further oil production, not keeping it in the ground. The point that Ireland gives up tax revenue better spent at home also escapes the good Senator.

Last year I pointed out the paradox of France where France would start importing shale LNG, and then Environment Minister Segolene Royal made herself look ridiculous by proposing that France would ban shale imports but continue to import natural gas from any number of places.

In the UK, we imported a cargo July 15 from Nigeria, hardly a world exemplar for responsible oil and gas production.  Is this a preferable choice to the planet and UK society?Actually it’s no choice at all because the mainstream media won’t cover the story.  They think it’s too boring and won’t generate enough clicks. 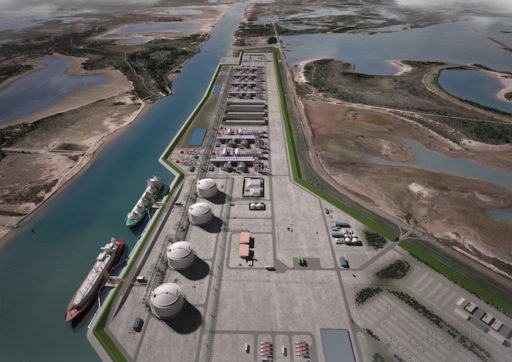 A fundamental error I’ve come across in London  is the idea that there is somehow bad natural gas (or fossil gas as some now call it) and not so bad natural gas that doesn’t involve hydraulic fracturing.  Modern gas uses horizontal drilling and HF to work, and it does so not only in the US but in the North Sea and Russia too. Yesterday’s breakthrough to today’s normal within ten years. No different from most technology today.

Ireland is either a particularly egregious example of hypocrisy, or a classic example of the failure of the public debate over natural gas. Natural gas is gas. Fracked or not, there is not any difference. Just as we can’t put the shale genie back in the bottle, we can’t sift out shale and non-shale molecules out either.

We do have to start sifting the idea out of brain cells that shale gas is somehow  exceptional instead of everyday. That’s difficult in anything these days as Matthew D’Ancona on fake news points out:

Why is the problem so prevalent? There are many reasons, but two are fundamental. The first is that trust in traditional institutions has collapsed – from the financial crash of 2008, via the BBC Jimmy Savile scandal, to the parliamentary expenses affair and the Leveson Inquiry. These institutions are meant to act as guard rails, guarantors of honesty.

Their serial failure has undermined the idea that there are authoritative sources of factual information. We look instead for emotional resonance, stories that feel right…

His next paragraph highlights the link between fact and emotion in public discourse in anything:

Second, the digital revolution has provided fake news with the perfect vector, because the web is indifferent to falsehood. In the consequent cacophony, the flow of information is increasingly dominated by peer-to-peer interaction rather than the traditional media. We consume what we already like and shy away from the unfamiliar. This, it should be emphasised, is not a design flaw: the algorithms are meant to connect us with the things we like, or might like. They are fantastically responsive to personal taste and fantastically blind to fakery.

Combine fake news from anti’s and a mainstream journalists who refuse to confront it, and the shale debate is in far worse territory than politics.

1 thought on “Ná Fracáil, But LNG Go Braugh in Ireland”