There is no clearer evidence of the corruption of America politics than what Michael Bloomberg is doing in buying power for the NRDC from politically corrupt AG offices.

It was about the revelation NYU had accepted almost $6 million from the mega-rich former Mayor of New York to establish a program to place new lawyers into state attorneys general offices to fight special interest political battles having to do with environmental matters. Jim justly described it as “the bastardization of the justice system.” I added an editor’s note pointing out Michael Bloomberg is a big NRDC guy and was using his money to further their work.

Now, we know just how badly he’s corrupted the system in both New York and Pennsylvania.

The political corruption shows up in the Appendices of report by the Competitive Enterprise Institute and authored by Chris Horner. It’s titled “Law Enforcement for Rent” and primarily looks at how Michael Bloomberg is using his money to buy influence with state attorneys general in his private climate change battle. Like the efforts of the La Jolla Junta with which it is associated, this one is a RICO case if there ever was one; a conspiracy among special interest groups, trial lawyers and the filthy rich to impose their will. Read the whole report to get a sense of just how this abuse of our justice system really is.

It goes deeper than climate change, though, which has become a convenient excuse for numerous power and rent seekers to pursue their objectives. The Appendices of the report include the applications and associated documents with respect to the New York and Pennsylvania applications to NYU for the Michael Bloomberg political graft. They are huge eye-openers and may be found here, with my highlighting of the key revelations.

Consider, for example, this from the subsequently approved New York State application, made by anti-fracking friend of the NRDC, Lemuel Srolovic, on behalf of now disgraced and resigned former Attorney General Eric Schneiderman (emphasis added):

Beyond the federal rollback actions, a significant number of NYOAG’s “state-side” environmental cases concern clean energy, climate change or environmental issues of regional or national importance. For example, the office presently is defending two separate petitions for review of our State Department of Environmental Conservation ‘s (NYDEC) denial of water quality certifications under Section 401 of the federal Clean Water Act, 33 U.S.C. § 1341, for two different interstate natura l gas pipelines. Those cases are establishing important national precedent on the permissible scope and timing of state water quality review under the Clean Water Act and the interplay of that act with the federal Natural Gas Act. We expect additional challenges in this area in the near future as the NYDEC has denied an additional certification and has a number of additional applications pending with the agency.

Michael Bloomberg, in other words, is now fighting pipeline development in New York State through his illicit purchase of influence with attorneys general via the NYU program. And, notice the fact the fix has already been for a long time with respect to water quality certifications in New York State. DEC has clearly been told not to approve any of them and the New York State Attorney General’s office has been in on the fraud. New York State has no intention of complying with the FERC process established by the Natural Gas Act. Rather, it is deliberately undermining it with a view toward changing it to substitute the state for FERC.

What’s especially ironic is that these pipelines being fought with Michael Bloomberg’s money would ensure supply of the natural gas he credits with saving hundreds of lives in New York City as a consequence of his boiler conversion initiative. His money is being used to do everything possible to stop the delivery of the gas now needed, all for the sake of phony “progressive” virtual signaling on climate change.

And, what else will the money go for? Well, things such as this:

In April, NYOAG led a coalition of eight attorneys general, the Pennsylvania environmental agency and the City of New York in filing a petition for review in the U.S. Court of Appeals for the Second Circuit challenging the Department of Energy’s delay of the effective date of efficiency standards for ceiling fans.

Yes, the New York State Attorney General’s office imagines ceiling fan efficiency standards are one of the most important issues facing New York and is proud of its work protecting New Yorkers from fans that don’t work. What the devil is any government agency at any level is doing regulating ceiling fans? That should be the discussion but, in his quest to be a climate change hero, Michael Bloomberg is now indirectly funding this crap.

Read the rest of the New York State application and you’ll find still other absurd attempts to use the Attorney General’s office not for the pursuit of justice but, rather, rank political advocacy on behalf of private special interests. They’re even “building models for two different types of common law cases to seek compensation and other relief for harm caused by fossil-fuel emissions.” This is fascist-like bullying in the service of a non-profit form of corporatism and Michael Bloomberg is funding it.

This isn’t the only place he’s funding abuse of the system, either. There’s also Pennsylvania, the application of which was also funded. Ambitious wannabe future governor Josh Shapiro serves as Attorney General of the Keystone State and here’s what he says in his application:

Pennsylvania is a large, industrial state with a long history of fossil fuel production. It is in a unique position among such states because it is pursuing a progressive environmental policy agenda…

Leaving aside the arrogance of this fellow, what is a “progressive environmental policy agenda,” anyway? Given the fact Shapiro’s application for Michael Bloomberg’s money also emphasizes his “commitment to enforcing” the intentionally vague Pennsylvania Environmental Rights Amendment, we can be sure Shapiro intends to ally himself moire and more with the Delaware Povertykeeper a/k/a Riverkeeper and other shills for the William Penn Foundation and Heinz Endowments.

This is what the very privileged Michael Bloomberg is funding in both Pennsylvania and New York — the implementation of the special interest agendas of other privileged families. Totally disgusting. Meanwhile, he lives here in Bermuda a good part of the time and flies fuel-guzzling jets and helicopters to go wherever he wants to go. Totally hypocritical. This is Michael Bloomberg and the fact he’s buying attorneys general across the country, to tell the rest of us what we can have and not have, ought to alarm every American. 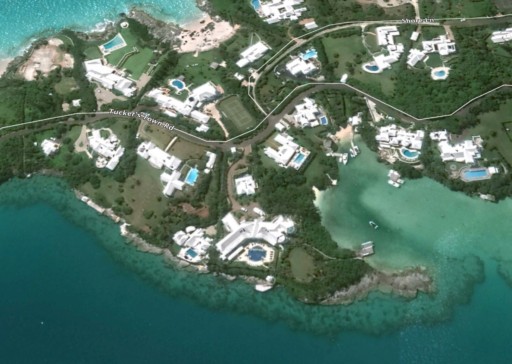