Remember when Cornell’s Bob Howarth proclaimed natural gas was worse than coal due to methane emissions? Well, the latest data says those emissions are down.

Methane emissions, about five years ago, became a trendy subject among those desperate to stop natural gas development. They had previously hung their hat on CO2 emissions, but when it became clear natural gas substitution for coal had achieved the only meaningful reductions in CO2 anywhere in the world, they shifted the argument to methane emissions.

Cornell professor and anti-gas advocate Bob Howarth (also a Food & Water Watch board member) was part of that. He published an article titled “A bridge to nowhere: methane emissions and the greenhouse gas footprint of natural gas,” in which he claimed “shale gas and conventional natural gas have a larger GHG than do coal or oil.” It was more an advocacy piece than science and assumptions from the study are now being proven wrong.

What I’m taking about is a new study from the National Oceanic and Atmospheric Administration that indicates the following (emphasis added):

In the past decade, natural gas production in the United States has increased by ~46%. Methane emissions associated with oil and natural gas productions have raised concerns since methane is a potent greenhouse gas with the second largest influence on global warming. Recent studies show conflicting results regarding whether methane emissions from oil and gas operations have been increased in the United States. Based on long‐term and well‐calibrated measurements, we find that

(i) there is no large increase of total methane emissions in the United States in the past decade;

(ii) there is a modest increase in oil and gas methane emissions, but this increase is much lower than some previous studies suggest; and

(iii) the assumption of a time‐constant relationship between methane and ethane emissions has resulted in major overestimation of an oil and gas emissions trend in some previous studies. 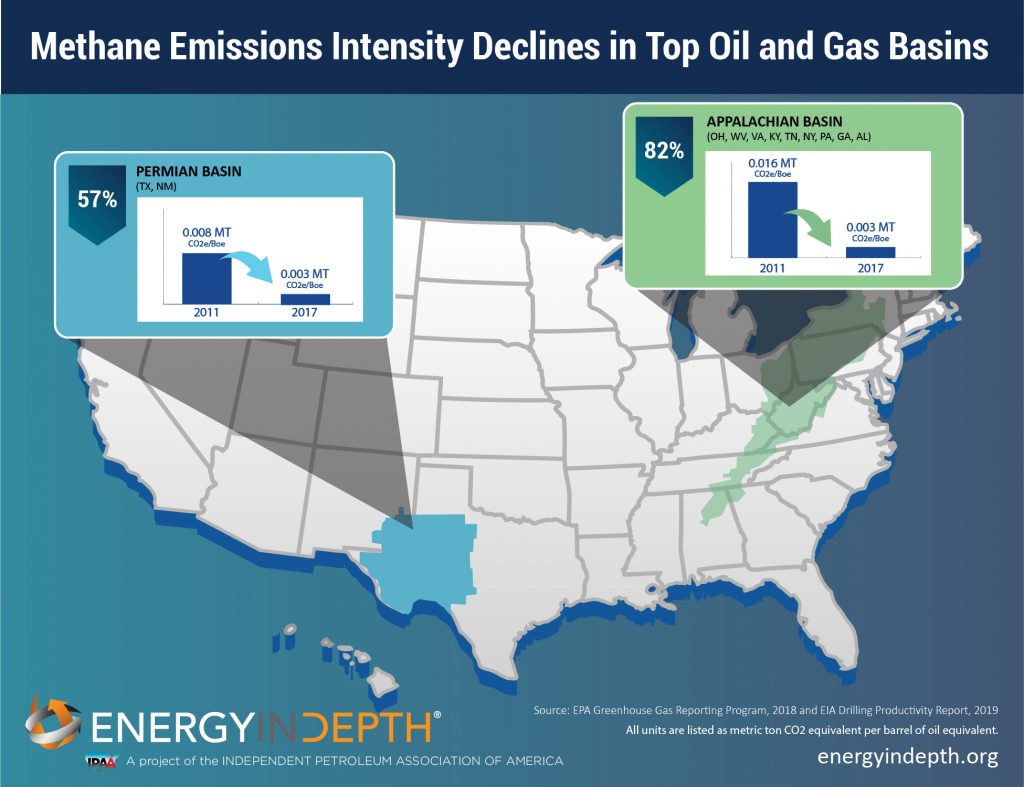 I’m sure Bob Howarth will come up with some reason why this doesn’t matter but, of course, it does matter—and a whole lot. This is because Bob was more equivocal than it might have first appeared if you took the time to read deep into his report where he said this:

Is natural gas a bridge fuel? At best, using natural gas rather than coal to generate electricity might result in a very modest reduction in total greenhouse gas emissions, if those emissions can be kept below a range of 2.4–3.2% (based on [40], adjusted for the latest information on radiative forcing of methane [34]).

So, natural gas contributions might be better than coal if the numbers are lower, Bob says. Well, now we have the evidence they are much lower. And, it’s not the only recent evidence. A Penn State study titled “Estimating methane emissions from underground coal1and natural gas production in southwestern2Pennsylvania,” just concluded the following:

Emissions from [unconventional natural gas in Southwestern Pennsylvania] agree with other studies analyzing emission rates from the Marcellus Shale, showing emission rates lower than the national average when scaled to production, but higher than state reported estimates by a factor of 2 to 8. Despite this large discrepancy, CH4 [methane] emissions from [unconventional natural gas} sources with small emission rates contribute only a small fraction to their total greenhouse footprint compared to the CO2 released through combustion process over a 100 year period.

Bob Howarth’s conclusions on methane, as contrasted with CO2 emissions, are totally contradicted. CO2 emissions are far more important and we already know how natural gas beats coal hands down on that score, don’t we? Not a great week for Bob Howarth.

4 thoughts on “Methane Emissions Going Down, Despite Cornell Hype from 5 Years Ago”