The property rights of Upstate NY landowners should not go out the window with election results. It’s still all about property rights, in fact, for Upstate.

The end of another year is quickly approaching.  The fight for natural gas development in New York is still underway.  Will we finally get a decision now that the elections are over?  It’s hard to say.   The debate surrounding the natural gas industry started as a property rights issue, morphed into emotional basket case protests and now has finally made its way full-circle back to property rights.

It All Started With Property Rights

During the six year long roller coaster ride over whether or not New York will will allow fracking, there have been several twists and turns.  Six years ago many New Yorker’s were approached about leasing the incredible natural resource under their feet. Landowners, concerned about their property rights but anxious to capitalize on the opportunity, wanted to learn more. 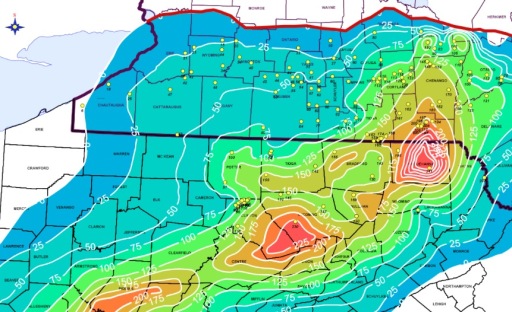 The landowners organized into landowner groups, educated themselves and developed leases that protected those property rights, while welcoming natural gas development they realized could boost the upstate economy like nothing else based on the experience of Pennsylvania.  Remember the comparison of Binghamton and Ithaca to Williamsport?

While landowners made plans to work with the natural gas industry, a handful of serial protestors, many from outside the shale play, found a reason to relive the 60’s and 70’s with some good old time protesting.  After all, why work when someone else is paying the bills and you’re busy protesting jobs as a matter of social justice or something?  Why struggle to earn money when you can get your picture in the paper?

I have gone to what seems like hundreds of fracking protests. Every time I ask someone to prove to me natural gas is harming anyone they ramble on and become very frustrated when I point out 35+ other states are developing natural gas safely. They don’t have the answers, which tells me this is all merely a fun game to them. They don’t seem to have anything better to do, in fact, than protest. They have no real answers. So, they avoid the questions, dodging any scientific research supporting the industry.

The health impact study that Andrew Cuomo has promised us for over two years has yet to be released.  Just like everything else in New York State, this seems to be a day late and a dollar short, as politicians intimidated by the antics of fractivists and their wealthy sponsors play games with the hard working people of Upstate New York. Will Cuomo meet this latest self-imposed deadline?  Maybe. Experience suggests his deadlines are meaningless utterances intended to make him seem reasonable at any given moment.

The natural gas debate has always been political in New York, of course, but decision-time has been a political bullet Andrew Cuomo continually dodges.  He makes no decisions.  He has now angered both supporters and opponents of the industry.  It is time for him to make his decision.  He has nothing to worry about now that he has weaseled his way out of a decision for so long and probably blown his chance for the Presidency with the Moreland Commission fiasco.  He can afford to step on toes if he wants to demonstrate some leadership and get back in the game by showing his independence.

Our Property Rights Shouldn’t Be Captive to the Big Apple

Upstaters, of course, generally have no use for the man as he’s been anything but independent. He’s been super-dependent, in fact, on New York City voters, to the exclusion of any concern for Upstaters. If you ask most of us from Upstate New York to identify our No. 1 frustration when speaking to someone outside of New York, many of us will tell you we hate it when people assume we are from New York City when we tell them we live in New York. The 304.8 square miles of the five boroughs should never define the 54,556 square miles of the entire state. 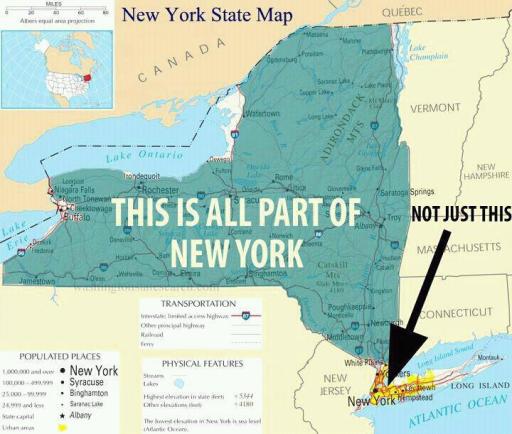 The recent election demonstrates how different we are from that disconnected center of unreality where shelter is a rented apartment building, food comes from the shelf and energy comes from an outlet. We know what it means to build our homes, raise our food and produce our energy. We know what it means to own and care for land and that’s why we value property rights and the resources the land holds. If Rob Astorino had been elected, we landowners would be able to develop our resources, but he lost. We were outvoted by those with no connection to the land and no regard for property rights.

Still, for us, the argument has always been about property rights and will remain so. Moreover, as the emotional arguments and hysteria of fractivists recedes in influence with other states across the US who are proceeding with fracking based on the real science, the debate inevitably comes back to property rights, especially here in New York State.  The inaction of New York government is beyond unfair to Upstaters who are seeing their livelihoods deteriorate and their children move away as they lose their properties to foreclosures.

This could have all been avoided.  If New York City wasn’t in the picture of New York State politics and didn’t have a bull ring in Cuomo’s nose, we might see a stronger leader who made decisions for the benefit of the state as a whole; maybe even a leader who knows exactly how the rest of us New Yorker’s truly feel.

I am personally tired of being played as a political pawn by greedy politicians seeking to win over 304.8 square miles of our state and thereby determine our fate.  Cuomo got to keep his job, while hundreds of others have lost theirs due to the decisions he has made.  New York is more than the Big Apple. The voices of those of us who reside in the other 54,251 square miles of New York ought to be heard as well and I’m not talking about elections this time but governing itself. Our government is majority rule to a point, but it’s most fundamental premise is the protection of the rights of the minority and there are no more fundamental rights among those than property rights. 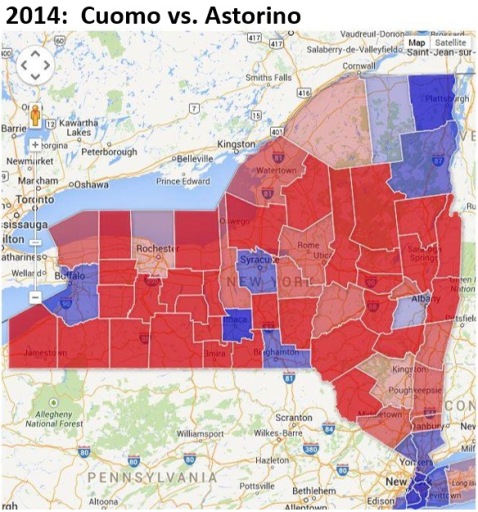 So how about it, Governor Cuomo? You may not be my choice for governor but you were elected as the governor of all of New York, not just those 304.8 square miles that represent your base, so when are you going to act to allow me to exercise those property rights?

3 thoughts on “Message to NYC: It’s About Our Property Rights, Stupid!”