Local media here in Broome County has helped drive our region into poverty with biased articles by the likes of Tom Wilber in particular, who incessantly writes about natural gas issues and glowingly features “activists” who are against anything having to do with fossil fuels. Meanwhile, he totally ignores the cost in human suffering by landowners and others whose lives would be far off better financially had we been given the chance to extract our Marcellus Shale natural gas. 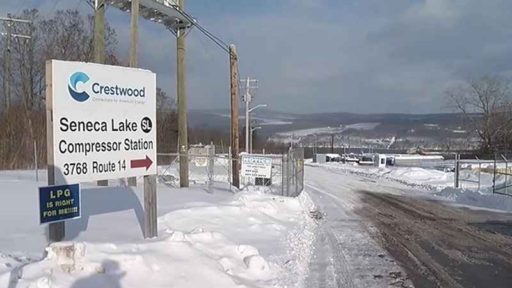 One of Wilber’s more recent hit pieces appeared in the Binghamton Press. Entitled “Challenge to Seneca LPG storage struck down” it was typical of all Wilber articles in that it extolled the positions of antis and largely dismissed those of project proponents. Those proponents achieved a clean sweep of the issues with what was a carefully articulated decision. James T. McClymonds, the Chief Administrative Law Judge, who considered the challenge to the requested permit by Gas Free Seneca, Seneca Lake Pure Waters Association and Seneca Lake Communities found the following, among other things:

In conclusion, petitioners fail to raise any adjudicable issues regarding cavern integrity. At most, petitioners merely raise uncertainties without any factual, scientific or technical bases. Moreover, the draft permit addresses many of the issues raised by petitioners, requires regular evaluation and monitoring of cavern and well integrity, and imposes measures to immediately respond to any cavern or well integrity problems in the event they do arise. Accordingly, no adjudicable issues regarding cavern integrity are presented for hearing…

In sum, petitioners have not raised adjudicable issues concerning the project’s potential impacts on water quality…

In sum, petitioners have failed to raise any adjudicable issues concerning the sufficiency of the analysis in the DSEIS and supplemental submissions on the issue of the impacts of the project on public safety.

That’s all pretty clear to me but, if you relied upon Tom Wilber’s reporting, all you learned was this about the decision:

After two and a half years, Chief Administrative Law Judge James McClymonds, of the Department of Environmental Conservation, ruled this month that officials have seen all the evidence and hearings are not required. Evidence already presented by opponents is included as comments on the project’s draft Environmental Impact Statement.

The ruling is subject to appeal to DEC Commissioner Basil Seggos, according to Sean Mahar, a spokesman for the DEC. “The commissioner has the ability to adopt, modify or reject the ALJ’s ruling in whole or in part,” Mahar said.

The decision for Crestwood storing LPG in those caverns, of course, can and very possibly may be overturned by Basil Seggos, the radical environmental shill for the Riverkeeper and the rest of the Natural Resources Defense Council (NRDC) cabal. Cuomo has a penchant for hiring DEC Commissioners from “environmental” groups rather than from industry or academia. Former DEC Commissioner, Joe Martens, of course, was president of the Open Space Institute (OSI) which is owned and operated by the Rockefeller mafia who love buying up cheap land upstate with the assistance of the Governor.

Seggos’s ability to play politics with this decision, however, would be restricted if there was some honest reporting of the facts. Sadly, that’s not we got from Tom Wilber or the Binghamton Press, both of whom are wedded to a partnership with the extremist anti-growth, anti-gas, anti-everything crowd that has virtually killed the Southern Tier.