It’s hard to imagine, but the Attorney General of our 15th largest state, Massachusetts, supposes Russian LNG shipments to Boston are better than pipelines.

One would have thought she would have obfuscated to avoid the embarrassment of having to admit her anti-gas, anti-pipeline campaign had cleared the way for Russian LNG to come to Boston. But, no, Maura Healey, the elected Attorney General of Massachusetts, says this (emphasis added):

“LNG is a more efficient and economical way to meet energy needs during instances of high winter demand than building high-risk and costly pipelines that are not needed to maintain reliability,” 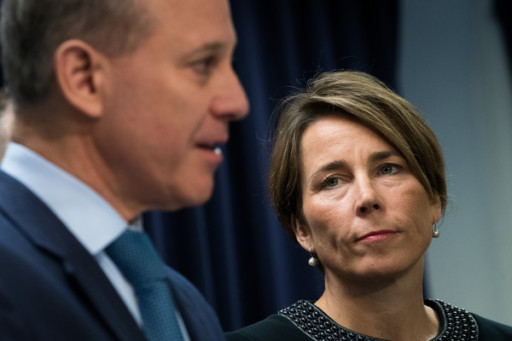 Read that statement again. She does avoid the adjective “Russian” but she boldly declares a preference for Russian LNG over pipelines she says are too costly (false) and high-risk (also false). By ‘high-risk” she means, of course, to the climate:

“Continuing to rely on pipelines is too risky for ratepayers and our climate.”

Now, I’m as pro-LNG as anyone and love the idea of Susquehanna County natural gas making it to other parts of the world that need it, but pretending LNG is good for the climate or the pocketbook compared to getting it from next door via pipeline is utter self-delusion. Our dear friend Nick Grealy dealt with the climate issue numerous times on his blog to point out why it made no sense for the UK to import Russian or US LNG when it had its own shale and I had to agree. He observed this regarding Russian gas going to the UK:

Russian gas could  even produce up to 40% more CO2 than local gas according to some studies. That’s perilously close to the 50% CO2 savings from using natural gas instead of coal to generate electricity.

The distance from the Yamal facility in Russia to Boston via LNG is more than twice the distance from Yamal to London (a couple of thousand miles) and mileage equals more CO2 due the amount of it used in transporting that Russian LNG. So, Maura Healey is simply wrong; using Russian LNG is much, much worse on the CO2 scale than Marcellus Shale gas from a few hundred miles away. Not only that, but ratepayers also saw the highest natural gas prices in the world in Massachusetts earlier this year due to the need to rely on Russian LNG rather than pipelines.

Why is Maura Healey so disingenuous, so determined to believe what simply isn’t true, so eager to dismiss the security issues of dependence on Russian LNG? The quick and dirty answer is that’s she’s a shallow true believer who supposes anything related to U.S. fracking must be evil. But, there’s more. She’s also beholden to Boston elites who, like New York and Philadelphia elites, have special interest agendas of their own and, most definitely, don’t want anything happening in their backyard.

She also has an apparent affinity for laundered Russian money, the Ruskies having seemed at least to have funneled boatloads of dark money through off-shore accounts to Nat Simons’ Sea Change Foundation, where it got combined with Simons’ own money to back up his solar ventures while tearing down gas, using the Energy Foundation as the pass-through agent. The Energy Foundation then pushed the money out the door to fund the #ExxonKnew campaign in which Maura Healey is intimately involved and one of the prime political beneficiaries. It is, effectively, a free pass to engage in the sort of demagoguery Bay Staters have always loved in their pols.

Yes, Maura Healey has many reasons to hate pipelines and love Russian LNG; none of them good. But, there’s another and it’s the trial lawyers and lobbyists who represent the single largest group of contributors to her political campaigns. They have given her just shy of $300,000. One Boston trial lawyer, in particular, has been closely associated with the ##ExxonKnew campaign and Maura Healey’s lawsuits and he’s made himself rich doing it according to this article in the Washington Times and his name is Matthew Pawa, who we wrote about here and here. Consider these excerpts from the Times piece (emphasis and link added): 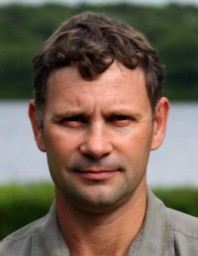 The image of the scrappy environmentalist against the corporate fat cat is a cartoonish distortion of reality.

Take for example, attorney Matt Pawa, who has made a career of suing manufacturers of energy. His legal strategy, based on dubious assertions using public nuisance and racketeering laws, has often been rejected by judges. Nonetheless, his tactics are making him rich. Last fall, his firm was acquired by Hagens Berman Sobol Shapiro, a plaintiffs’ powerhouse based in Seattle. Over the last 15 years, Pawa’s firm received more than $3 million from various foundations to run the Global Warming Legal Action Project (GWLAP). This organization has been at forefront of an effort to combine political state attorneys general, top civil litigators and environmental groups in coordinated legal and political assaults against energy manufacturers.

Among the most high-profile politicians in these efforts is New York Attorney General Eric T. Schneiderman. He has spearheaded legal investigations by other Democratic state attorneys general asserting energy interests in America had for years concealed information related to the environment and also deployed vast financial resources in a public disinformation campaign. With a paucity of evidence to support his allegations and pushback from private policy groups as well as the U.S. Congress over his aggressive use of subpoenas, only Massachusetts Attorney General Maura Healey is sticking with Mr. Schneiderman in his crusade.

So, who is Maura Healey colluding with in her campaign to deprive Bay Staters of access to pipelines and make them dependent on expensive, high-carbon LNG from our enemy? Is the Russians themselves, the greedy trial lawyers, the solar hedge fund investors or all three? You figure it out. See this nice article for more perspective.

3 thoughts on “Is Massachusetts AG Maura Healey Colluding with the Russians? Or, with Trial Lawyers?”