Since Maryland decided to put in place a moratorium on natural gas development, the state has been spinning its wheels in the mud and refusing to utilize the 4-wheel drive.

A while back I wrote of the usual suspects opposed to Maryland’s natural gas development and how it was interesting enough that they also sat on the advisory commission to determine the safety of fracking in Western Maryland. Now, the University of Maryland is “assisting” the conversation by conducting studies to weigh the potential risks of fracking. Looking at the areas of water and air quality, occupational health, and social impacts – the study is obviously trying to set the stage of placing fracking in negative light.

First and foremost are the incredulous attempts to place water and air quality in the at risk categories. The reasons for my sketicism? Well, consider that the industry is so efficient, companies such Cabot now have the capacity to recycle nearly every ounce of water used in the hydraulic fracturing process. Aside from the fact hydraulic fracturing is done so far below the water table and contamination is virtually impossible, there isn’t any fracking water left to pollute. 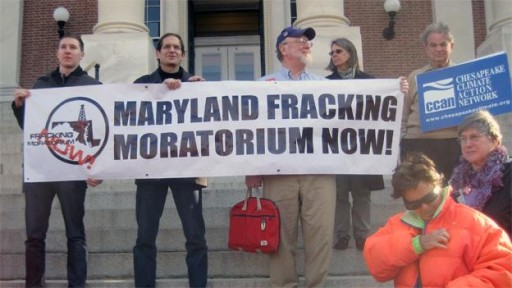 Of course, non of this will stop the opportunists from holding up a jug of brown water claiming contamination at the same time as they are conceding there is no contamination. We can’t really expect a pesky little thing like science to get in their way.

At the same time Cabot is recycling the water; they have reduced methane emissions. The reduction of 85% is impressive in its own right, but to maintain the reduction over three years while production grew by 250% is entirely different. So, how is that air and water quality are still being debated when the technologies already exist to reduce risks to nearly being nonexistent?

The water and air debate is always going to be brought up by opponents of fossil fuel until they have full renewable energy, which means forever. That does not surprise me, but what gets me is the deception, because it is the change hydraulic fracturing has meant for rural communities that fractivists typically oppose. They hide behind supposed, but anything but real, environmental concerns. It is all so typically NIMBY as a philosophy; selfish the core.

The University of Maryland studies play into this theme by suggesting fracking “disrupts the identity of a community.” This not so clever terminology is meant to say “you don’t really want all this economic development do you?” while planting the idea that any change in the pastoral poverty of Western Maryland would be somehow devastating, by which they they mean “don’t touch my scenery as I drive through.” Here is a quote perfectly reflecting the condescending nature of the authors’ perspective and their obvious empathy with the fractivist set:

“The residents we spoke to expressed deep distress over the transformation of their land, their homes, and their relationships with each other as a result of fracking, which also influenced their perceptions of environmental and health impacts.”

Another reason this is hard for me to accept is that Western Maryland is packed full of coal mining. The process of mining coal is by far more disruptive than a gas pad. The constant 24 hour digging, blasting, trucking operations of coal never ends. Fracking operations do have some disruptions in the initial set up of a pad, but then – quiet. This is a dramatic difference of impact on the communities, but for the better.

Coal mine in Allegany County 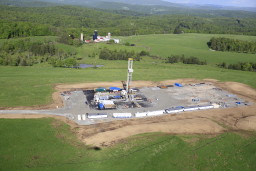 What this study really gives the commission is another reason to debate and moan about moving forward with fracking. The state didn’t need another study and the state doesn’t need more time to evaluate the impacts gas will have on our state. The commission was running out of excuses to move forward and believes that if they continue to drag their feet, a miracle will happen and they can somehow avoid the obvious decision all know should be made to get on with with fracking in Western Maryland where it’s desperately needed. There is no miracle that will save them from needing to make the decision and with the technologies of fracking improving every single day; there is no logical reason to stall. Fracking is the miracle, stupid!