Mark Mathis of the Clear Energy Alliance has exposed the lack of science in far too much climate science, as Robert Bradley nicely explains below.

An ongoing exercise in groupthink is to believe the climate is in crisis because a scientific/political elite says so. Never mind that the Malthusians/ neo-Malthusians have been wrong with their ‘garbage-in, garbage-out’ models ever since the Massachusetts Institute of Technology (MIT) “limits to growth” model in 1972.

Enter Mark Mathis of the Clear Energy Alliance, a student of all things energy and climate and a distinguished communicator (see Appendix below). 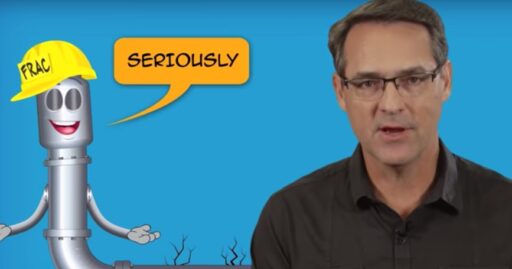 For a scientist, for a climatologist to say, “we know that we’re the cause,” okay, “and the consequences are extreme” — well, we’ve got these giant natural factors, you know, sunspot activity, oceans, cloud formations, these are all extraordinarily complex things, okay? … We’re just now trying to get our finger on it.

Fair enough, most impartial observers would concur, including leading skeptic and mainstream climatologists.

Enter climate activist Sharon Kelly, formerly of the New York Times, who at her blog Nation of Change argues from authority (others’ authority) that the physical science is settled as far as not only human attribution and also the predicament of an existential climate crisis.

a mantra that’s been heard for decades from fossil fuel advocates — but it’s worn increasingly thin as the world comes to grips with the political and scientific reality of the ongoing climate crisis. The United Nations warned in March that the world has “only 11 years left to prevent irreversible damage from climate change.”

Kelly refers to “a 99 percent scientific consensus that humans cause global warming.”

Mathis sees the “mantra” differently. “Let’s continue to work through the science side of it, he states. “[T]his extreme case scenario [of fossil fuel–caused climate change] … is a constant mantra … but the science simply does not back that up.”

Ms. Kelly cites a study on climate change involving “11,258 scientists from virtually every country in the world” that “collectively declared ‘clearly and unequivocally that planet Earth is facing a climate emergency’.”

Mathis might coyly remark that there are, indeed, many thousands of academics and others that do not like capitalism, industrialization, consumerism, and mineral energy. The same “consensus” thought that Peak Oil had arrived, time and again. Malthusianism is and has always been “consensus science.”

What do the scientists say? One answer was recently given in a journal published by Proceedings of the National Academy of Sciences (PNAS). In “The Scientific Challenge of Understanding and Estimating Climate Change” (December 3, 2019), Tim Palmer (Physicist, University of Oxford) and Bjorn Stevens (Max Plank Institute for Meteorology) began their essay:

The idea that the science of climate change is largely “settled,” common among policy makers and environmentalists but not among the climate science community, has congealed into the view that the outlines and dimension of anthropogenic climate change are understood and that incremental improvement to and application of the tools used to establish this outcome are sufficient to provide society with the scientific basis for dealing with climate change (emphasis added).

And did not James Hansen, father of the climate alarm, state in the same journal 21 years ago (“Climate Forcings in the Industrial Era,” Proceedings of the National Academy of Sciences, October 1998, p. 12753):

Sharon Kelly is a climate activist; Palmer and Stevens are in the scientific trenches. (James Hansen too.) Mark Mathis is on firm ground after all.

In another decade of research we will have squared away a lot of our uncertainties about forced climate change. As this approaches we can be thinking about what to do if the warming does indeed appear to be caused by humans and to what extent things are changing as result.

North said the same thing in the last century–and although retired, might give it all another decade of time.

“The analysis presents compelling evidence that 2019 represents a tipping point with the economics now favoring clean energy over nearly all new U.S. gas-fired generation,” Sharon Kelly subtitled her piece. A non sequitur, no doubt, but the work of an activist that wants to fire, ready, aim.

Mark Mathis is President of Clear Energy Alliance, which educates the public on the vital role energy plays in our daily lives. In addition to speaking and consulting, Mark produces short videos on energy issues and is the Producer/Director of two documentary films, spOILed and Fractured.

Editor’s Note: Mark Mathis is a friend of NaturalGasNOW and we love his videos. He is using humor combined with facts tp politely counter the climate science that is anything but, being more about global warming politics and government rent seeking than anything else.

7 thoughts on “Mark Mathis Is 100% Correct: Too Much of Climate Science Isn’t”