The Mariner East pipeline project has been delayed over and over again for what have been frivolous reasons and former Senator earl Baker says it’s enough.

The Pennsylvania Department of Environmental Protection is currently reviewing comments from across the Commonwealth before making a determination on state of the art installation methods being proposed for portions of the Mariner East pipeline.

I myself submitted a comment during the open comment period ending Jan. 28. As agency members gather I encourage each to acknowledge the Mariner East project as a keystone of our state’s energy industry infrastructure future and that the permit modifications being considered are common sense resolutions to complete the project that has suffered years of needless delays. 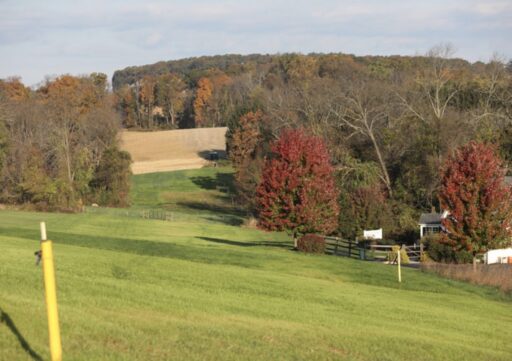 The permit modifications Mariner East operator Energy Transfer has submitted for consideration do not lessen environmental or safety provisions, but merely acknowledge and accept the geological realities on the ground and modify the proposed methods for installation. These modifications are nothing new and among the industry’s best practices.

As a former Pennsylvania state senator and Chester County commissioner, I always felt that any issue involving a policy I dealt with deserved full information, explanation and ultimate resolution, often including compromise between contending parties and agencies. That is why it is important for all the individuals and groups to realize that after years of wrangling, this project is headed for completion.

Mariner East is unique in its scrutiny from opponents and regulators, the latter of which have had a materially positive influence on the project. Since its announced development, Mariner East has undergone significant and thorough regulatory review. In fact a Pennsylvania Department of Environmental Protection release from July of 2017 made clear that the DEP permits originally issued were “among the most stringent DEP has ever issued for this type of construction activity,” yet the project’s opponents are able to come to conclusions ignoring the integrity of pipelines and the industry’s necessary coordination with regulators.

What pipeline – and Mariner East – opponents have wrong is that pipelines are the safest natural gas delivery system. According to a respected industry study: 99.99% of product shipped via pipeline reaches its destination safety. The United States has more than two and a half million miles of pipelines and Pennsylvania is home to a large slice of that mileage, but we are underdeveloped from the sense of supporting the vast energy production we are experiencing as the nation’s second largest producer. The industry has a proven track record of safety and improving the safety of pipelines for energy transport.

Unfortunately, we now we find ourselves well beyond the original timeline of Mariner East being fully completed. Being stuck in this regulatory limbo is not without its costs. Large scale energy infrastructure projects like the CPV Fairview Energy Center in Cambria County relies on offtake from the Mariner East system for electric generation here in Pennsylvania.

The Mariner East system is also a critical hookup for the Marcus Hook Industrial Complex, which is responsible for refining and distributing Marcellus natural gas products to global marketplaces. In fact, the Marcus Hook Industrial Complex has experienced an 87 percent reduction in greenhouse gas emissions through the transition from oil to natural gas.

With that in mind, the upcoming considerations for the Pennsylvania Department of Environmental Protection are especially important. It is beyond time to move the natural gas that Pennsylvania has been blessed with from the Marcellus Shale to those who need it, whether in our own state, in the U.S., or abroad. The Department of Environmental Protection would be wise to consider a swift, and thorough, determination here to finally bring the project to completion.

The Commonwealth has been on the cusp of resurrecting its energy industry to the benefit of millions, but let’s not let pipeline activists tarnish future potential gains. Do not let Mariner East serve as the first example.

This post originally appeared in the February 12, 2020 edition of the Delaware County Daily Times and is reposted here with the permission of the author.

Earl Baker is a former two term Senator (R-19) who chaired the Intergovernmental Affairs Committee and the Labor and Industry Committee.  Prior to the Senate he also served as Commissioner in Chester County for three terms.  Subsequent to his service he was Vice President of Unisys Corporation five years and then another five years as President of Presbyterian Homes.  He is now the Principal of Earl Baker Consulting with clients in business, healthcare and education.  He directs the Executive Leaders Program of the Pennsylvania Business Council and the IMPACT Program of the Pennsylvania Manufacturers Association.  He has authored two books, Heroes & Hypocrites, a book of humorous verse about politics and politicians, and Run To Win! A how to book on running successfully for local and state office.  Both are available on his website earlbaker.com.