The Mariner East pipeline is a huge economic winner for the Keystone State, delivering big benefits from West to East across the entire Commonwealth.

Seems like all we see in mainstream media are articles bashing Energy Transfer’s Mariner East (ME) NGL pipeline projects. Most of the negative press comes from southeastern PA where the pipeline has hit snags in building through Philadelphia suburbs. Imagine our surprise in seeing a guest editorial in a southwestern PA newspaper supporting the ME project, a column that details just how this massive project has benefitted the Keystone State in numerous ways–all across the state. 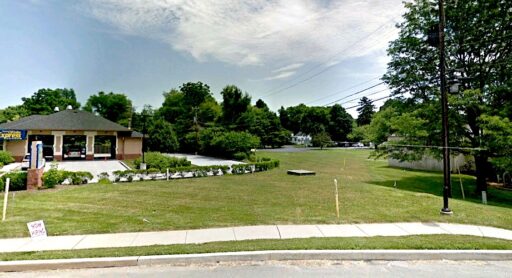 Granted, the following guest editorial was written by the Washington County, PA Chamber of Commerce, which is pro-growth and pro-jobs. But still, the points made in the editorial by Jeff Kotula, president of the Washington Co. Chamber, are spot-on. It’s about time there’s more positive news about projects like ME.

The Pennsylvania Department of Environmental Protection (DEP) recently announced it is lifting its ban on the release of new permits for segments of a number of energy infrastructure projects, including the Mariner East pipeline, which runs through Washington County and Southwestern Pennsylvania. This is welcome news for our energy economy.

Originating in February 2019 from an unrelated project, the Mariner East permit ban was among the longest DEP ever issued. All work on the pipeline, which is a lifeline for our gas fields to get their energy resources to market, was halted for nearly a year. Now with the ban lifted, skilled laborers and others can finally get back to work – finishing a project critical to our state’s economy and vital to transporting our energy to consumers.

Data from the Energy Information Administration (EIA) shows that Pennsylvania’s 2018 natural gas production, primarily from the Marcellus Shale, reached 6.2 trillion cubic feet. This means our commonwealth remains the nation’s second largest natural gas producer. That is why from 2010 to 2018 Pennsylvania’s share of electricity generated from natural gas more than doubled to 36%, according to EIA. This translates to about half of Pennsylvania households using natural gas as their primary home heating fuel and utilizing its 49 underground gas storage sites – the most for any state.

But even with this significant energy production, the state is still losing jobs in the natural gas industry and the number of drilling rigs is on the decline. And why? The answer is lack of infrastructure … and that means pipelines to deliver our energy to consumers.

Supported by ever advancing technologies, pipelines are the safest and most energy efficient method to transport our natural gas resources to consumers. However, without energy infrastructure to get our resources to market, natural gas surpluses are created, and production companies must make difficult decisions to decrease additional investments in new wells and jobs. This is the real importance of lifting the permit ban. Mariner East provides a stable, safe system to get Pennsylvania products to market, reduces energy surpluses, encourages investment and creates jobs.

To demonstrate the importance of energy infrastructure in our state, all we need is to look at Mariner East’s impacts. Mariner East has off-take points from Washington County in the west to the Marcus Hook Industrial Complex in Delaware County. One major customer is the 1,050-megawatt CPV Fairview electric generation plant in nearby Cambria County. This state-of-the-art $900 million facility is plugged directly into the Mariner East line, which supplies the ethane fuel used to power over one million Pennsylvania homes.

Large-scale operations are also equally reliant on the Mariner East system. The Marcus Hook Industrial Complex on the border of Pennsylvania and Delaware is a vast operation that receives, processes, stores and transports natural gas liquids from the Marcellus and Utica Shale formations to customers locally, regionally and globally. They need our gas. Our region needs pipelines. And we need to get the Mariner East completed.

In Washington County, we like to say that “the power to prosper is right under our feet.” We must now take the next step to develop and promote a secure energy delivery system through enhanced infrastructure. Only then will we realize the full potential of our natural gas industry and the jobs and investment that follow in the pipeline.

The “power to prosper” speaks volumes, doesn’t it?