The Mariner East 2 pipeline has already been a big boon to the Pennsylvania economy but the rewards have only just begun to arrive for the Commonwealth.

The long-awaited Mariner East 2 pipeline began transporting energy across Pennsylvania just before the new year. The 300-mile pipe transports natural gas liquids such as ethane, butane, and propane from western Pennsylvania’s Marcellus Shale Region to the Marcus Hook Industrial Complex just southwest of Philadelphia. The resources are stored, processed, and distributed from the facility to consumers in Pennsylvania, regionally, and beyond. 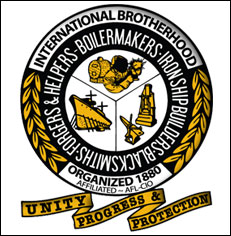 What significance does the new pipeline hold for Pennsylvanians? It’s probably more than you think. The Mariner East 2 pipeline has already injected millions of dollars into the state economy during the construction period. Now that it’s in service, delivering energy resources to consumers, Pennsylvanians will feel the economic jolt of a revived energy and manufacturing sector and all will benefit from more affordable energy costs across the board.

When Philadelphia-based economic consulting firm Econsult Solutions estimated Mariner East’s economic impact in 2018, the numbers it reported were substantial. In 2018, the firm reported the overall impact of construction of Mariner East’s three pipelines would add more than 57,000 direct and indirect union jobs, $9.1 billion to the Pennsylvania economy, and $122 million in tax revenues to the Commonwealth. Energy Transfer Partners, the company who owns the pipes and the complex, added a new fractionation facility to increase processing capacity for all the new energy resources the pipes would deliver to the facility.

After construction of the third and final pipeline of the project, Mariner East 2X, is complete, a total up to 530 permanent jobs are expected to support the pipelines and Marcus Hook expansions. For every year in operation, the potential economic impact is estimated to be as much as $213 million. Compared to similar infrastructure projects, these numbers seem larger than life due to the unique impact Mariner East is having on the revitalization of the Marcus Hook Industrial Complex.

New and repurposed pipeline infrastructure, like Mariner East 2, also has the potential to help revive Pennsylvania’s manufacturing sector. Manufacturing was once the backbone of Pennsylvania’s economy, but has greatly declined in recent decades. The decline in Pennsylvania manufacturing can be attributed to several factors including the Great Recession, the rising costs of energy, and the dramatic growth in government regulations. But if Pennsylvania can properly harness the increasing demand for natural gas, which is expected to grow immensely over the next decade, we can revitalize our manufacturing powerhouse.

Building and maintaining 21st century energy infrastructure to keep up with the increased natural gas demand will help to repower our manufacturing base and related businesses: facilities that supply products for pipeline construction, plants that use natural gas in the development of their products, or any manufacturer that depends on using affordable energy to remain globally competitive.

Some manufacturing facilities use natural gas in the production of materials like steel, paper, and cement. It’s also used as an ingredient in items like fertilizer, plastic, paint, and even pharmaceutical drugs. Increased access to a reliable natural gas supply, as afforded by pipeline projects such as the Mariner East 2 pipeline, will give Pennsylvania manufacturers a chance to rejuvenate their operations and become competitive in the marketplace once again.

The increased access to affordable energy that the Mariner East pipelines offer is not just good for the energy and manufacturing sector, it’s good for every Pennsylvanian because energy products are a part of everyday life. The expanded pipeline capacity will lower the cost of energy for people in Pennsylvania and increase its availability. The Marcus Hook Industrial Complex alone will be able to load 10,000 to 14,000 barrels per day onto trucks destined for the local market, helping to meet domestic needs for propane to heat homes through cold Pennsylvania winters.

Pipeline construction is giving way to an economic ripple effect across southeastern Pennsylvania – one that is bringing hundreds of new, permanent jobs to the region, revitalizing the state’s manufacturing sector, and providing lower cost energy for locals and people around the globe. Let’s continue to harness the rising demand of natural gas for the good of our Commonwealth by supporting the development of state-of-the-art energy infrastructure such as Mariner East 2.

Editor’s Note: Boilermakers Local 13 is an advocate of both natural gas and nuclear power, two energy sources hugely important to tour economy and both of which help to lower emissions.