The latest EIA data on natural gas reserves indicates the Marcellus Shale region is at the head of a glorious shale revolution, leading the way forward.

The Energy Information Administration (EIA) is out with some new data on natural gas reserves that is simply astounding. It shows the Marcellus Shale region is leading the shale revolution by every measure that counts for anything. The region, in fact, is leaving Texas in the dust when it comes to shale gas.

The new data comes in the form of report withe innocuous title of “U.S. Crude Oil and Natural Gas Proved Reserves, Year-end 2017.” It’s anything but.

The easiest way to convey the significance of the Marcellus Shale region is to simply share the principal table at the heart of the report (note the second column labeled “2016 production” should be labeled “2017 production”): 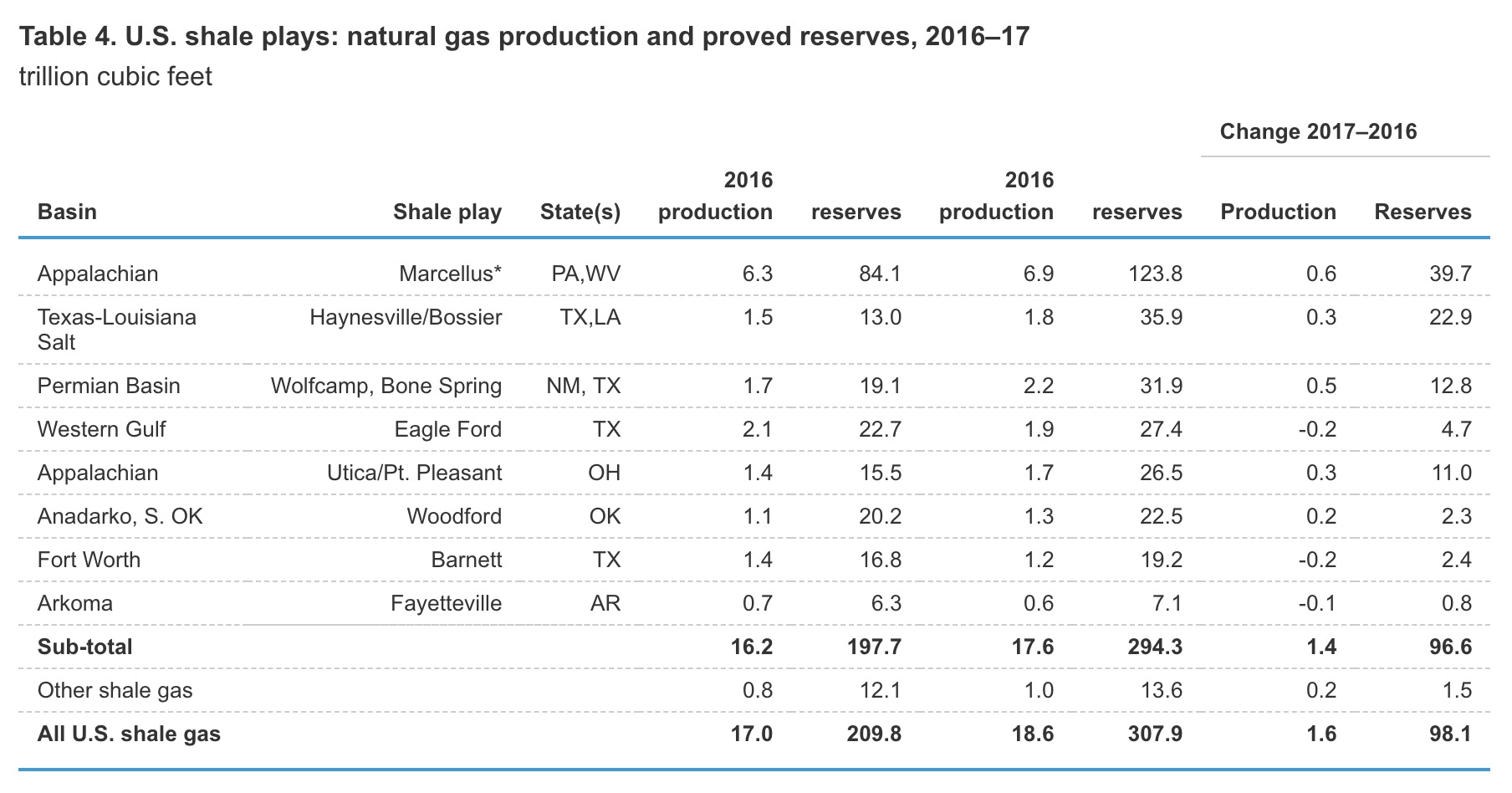 Here are the key points: 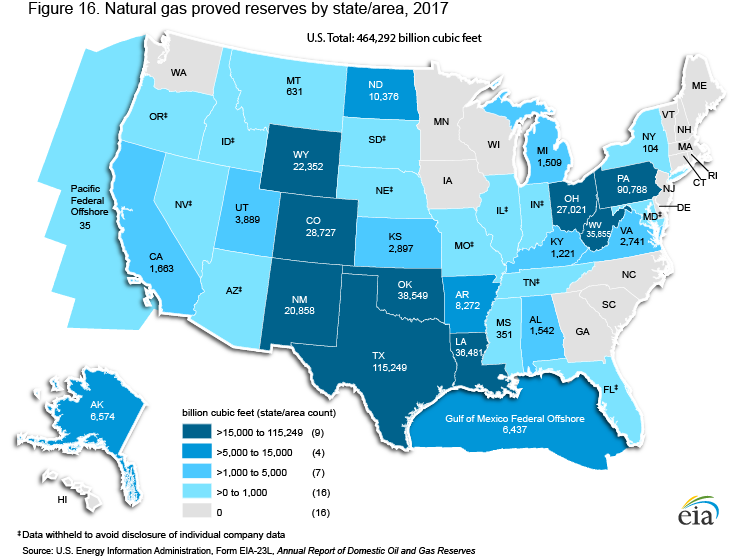 Note there is Texas, Pennsylvania and then all the rest, none of whom come close. But, Pennsylvania is challenging Texas, as the following chart illustrates: 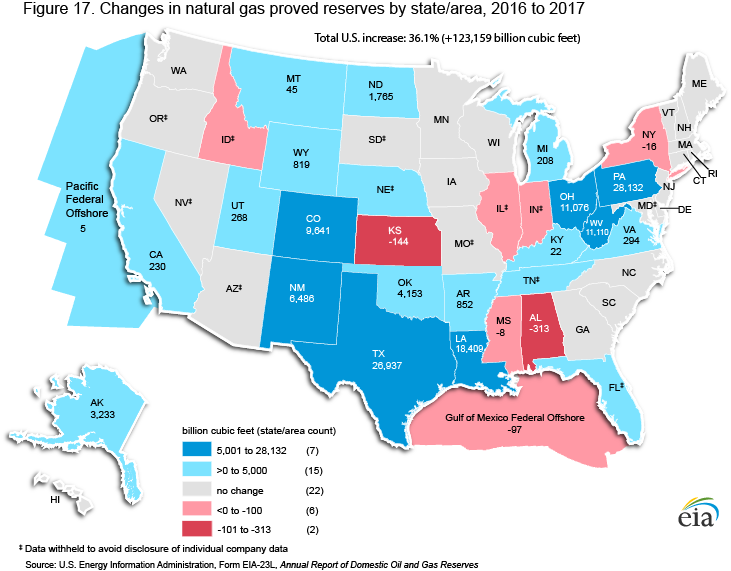 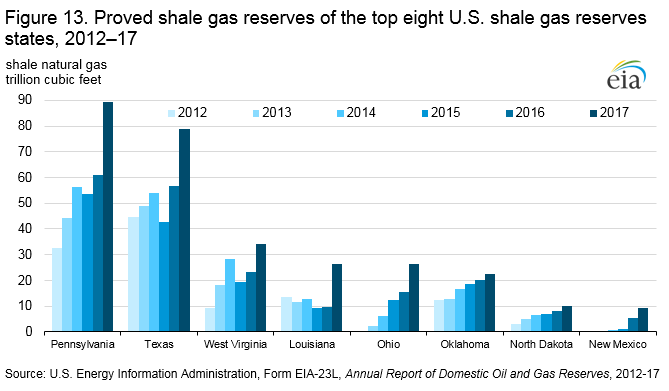 The prospects for Pennsylvania beating out Texas in total natural gas production are also great, as shale is becoming the dominant source of natural gas in the US. It’s no longer unconventional by any standard but, rather, the way gas is produced today. 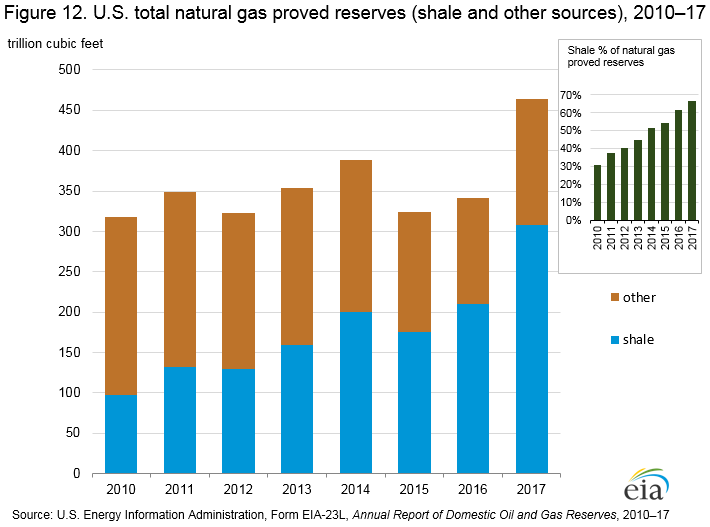 The Marcellus Shale region and, by inclusion, Pennsylvania are leading the way as the shale revolution delivers inexpensive energy, cleans the air and rural economic development. It’s a beautiful thing.