Lest we forget, the Marcellus Shale is one magnificent resource for the future and it’s right below our feet; well a mile or more below, actually, but close.

Not all rocks are created equal.

Millions of years ago, a deep basin known as the Appalachian Basin sat where the Marcellus formation is now. Areas that would become Pennsylvania, New York, Ohio and West Virginia were covered by a shallow sea that collected sediments like silt, sand, gravel, clay and minerals as well as microscopic sea creatures like plankton and algae.

Marcellus Shale is famously dark in color – often referred to as black shale – because of its high organic content. This is also why the Marcellus is such a prolific producer of natural gas; more organic content means more carbon to create gas. In fact, the deepest parts of the basin where more materials could accumulate are now the thickest parts of the Marcellus formation today.

The entire process took around 390 million years. Now, the Marcellus formation rests around one mile under the surface and can be hundreds of feet thick.

The Marcellus is not only immense in size and rich with organic materials, but the formation has low porosity and permeability which causes it to hold tightly onto gas.

Porosity determines how large a rock’s pores, or spaces between sediments are.  Permeability tells us how interconnected a rock’s pores are, which is how materials like gas and water flow through rocks. Rocks with no permeability are like Swiss cheese: there are large pores, but the pores are unconnected and gases cannot escape. A bowl of Cheerios, on the other hand, has large holes and lots of permeability where milk can flow.

The Marcellus formation and other shales are similar to the first image – small pores that are barely permeable. Natural gas is formed from organic materials inside these pores, but because shale lacks permeability, the gas stays put. 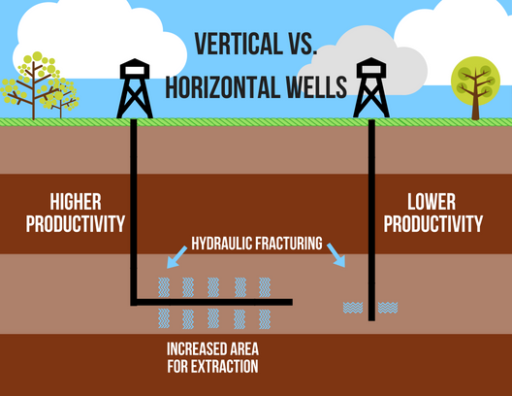 While vertical drilling only reaches one small area of rock deep below the surface, horizontal drilling increases the area that the well touches. The increased area allows for more natural gas resources to be accessed using hydraulic fracturing – up to a mile or more underground and a mile or more horizontal.

Together, horizontal wells and hydraulic fracturing make the Marcellus shale one of the highest producers of natural gas today. They also allow for more gas to be produced from fewer wells and well pads, lessening the number of well pads needed and the cost of construction.

The Marcellus Shale did not just pop up out of nowhere; it has been right below our feet for millions of years, and now we can benefit from the rock’s unique character and rich resources thanks to new technologies.

Editor’s Note: What a great and well-written reminder post of what’s so special about the Marcellus Shale, one of the foundations of the shale revolution.