The Marcellus Shale Coalition filed 71 pages of commentary on the legal problems with the proposed DRBC fracking ban. Read it and weep if you’re the DRBC.

The Marcellus Shale Coalition has jumped into the battle over the proposed DRBC fracking ban in a big way. It filed 71 pages of comments with the DRBC on March 29, which may be found here. There are three elements to the submission; (a) a tough letter from David Spigelmyer, MSC President, (b) a lengthy legal analysis, and (c) supporting technical comments. All are excellent and the message for Steve Tambini, the DRBC Executive Director, is simple; your failure to lead is going to make you the fall guy for having destroyed the reputation of this agency, even though it was your predecessor who took the first fatal steps. 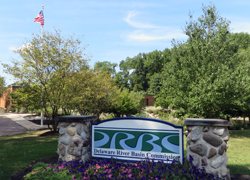 Carol Collier, the former Executive Director of the DRBC, was the individual who decided the DRBC would go a different direction on gas drilling and created the mess we now have. Her vision of the DRBC, contrary to those who went before her, was as a regional super-agency responsible for regulating land use and protecting the environment. She colluded with the Delaware Riverkeeper and its funder, the William Penn Foundation, to engineer a moratorium on gas drilling that would be in place forever but for the currently pending lawsuit from the Wayne Land and Mineral Group.

Steve Tambini had an opportunity to straighten it out and apparently made some moves to do so. But, in the end, he has turned out to be a weaker leader than Carol Collier and left the agency like a canoer without a paddle trying to navigate Skinner’s Falls; batted against first one rock and then another as the politicians have treated the agency like a rubber ducky. He has become the perfect follower and now simply does what he’s told by his Commissioners without any attempt to educate them on the issues, the implications or the likely outcomes. There’s not so much as a thread of independence left in the agency. It is now captive to the Machiavellian pols and the special interests they seek to appease.

Only the courts can now put manners on the DRBC and, as we await a decision on one case currently before the Third Circuit of Appeals, another lawsuit over the proposed DRBC fracking ban begins to take shape. Dave Spigelmyer’s letter couldn’t be more direct. Here are a few excerpts (emphasis added):

To prohibit the development of this critical energy resource, as the Commission seeks to do, defies common sense, sound science, responsible policymaking, and perhaps most importantly the authority of the Commission and the United States Constitution. It improperly infringes on the property rights of thousands of property owners within the basin and relegates them to second-class citizens while depriving their families and communities of the economic opportunities that rightfully belong to them. The Commission’s action is motivated by political considerations and calculations that mock the rule of law while undermining the credibility and integrity of the commissioners elected to serve the public…

The DRBC has no authority to prohibit so-called High Volume Hydraulic Fracturing (HVHF) permanently in the basin. Not only does the plain meaning of the Compact preclude finding that DRBC has such authority, but the long-standing history and negotiations of the Compact offer clear evidence that neither Congress nor the DRBC Compact States intended for the DRBC to have the authority to ban any industrial, commercial or residential use of land in the basin.

Furthermore, despite DRBC’s erroneous assertion otherwise, Article 5 of the Compact does not provide the DRBC with the authority to ban so-called HVHF permanently simply because of the perceived risks of spills. Indeed, the authority found under Article 5 is limited, and whether read individually or collectively, the various sections cannot be manipulated into authorizing the DRBC to impose a permanent ban. To do so, in fact, would not only interfere with each individual state’s sovereignty, but it ultimately would render various other provisions of the Compact meaningless…

It is clear that a majority of commissioners have already made up their political minds on this matter. Indeed, while DRBC staff stressed publicly several times that no final decision or action had yet been taken by hosting multiple public meetings and extending the  public comment period, it is noteworthy that on September 13, 2017 a majority of the  commissioners issued a press release congratulating themselves on banning natural gas development within the watershed and depriving their own citizens of their fundamental private property rights.

Pennsylvania Governor Tom Wolf demonstrated the blatant political motivation of this rulemaking by stating that he “supported this resolution since [he] was a candidate for Governor of Pennsylvania.” Such a statement renders consideration of any actual science and data moot, while relegating the public comment period to a charade. Ironically, Governor Wolf recently extended an agreement with the state governments of Ohio and West Virginia to enhance regional cooperation and further the development of natural gas within the Appalachian Basin.

In the MSC’s view, the DRBC is legally obligated to review and consider fairly the comments submitted to it, without harboring prejudice. Public statements by commissioners of the DRBC that a ban of hydraulic fracturing is a foregone conclusion demonstrate that this rulemaking is not undergoing a deliberative process, open to modification or withdrawal, as required under the rulemaking procedures of the Commission…

The Commission has failed in its most fundamental responsibility: to allow reasoned science and the interests of the citizens it represents to guide its actions and decisions. The Commission unlawfully and permanently seeks to take the property owned by landowners in Pennsylvania and neighboring states without due process or just compensation. It substitutes the political interests of elected politicians for the inherent rights of the citizens they represent by asserting falsely and without justification that natural gas cannot be developed safely within the watershed.

That about says it all but the legal arguments and technical comments also deserve attention, as they debunk every argument made to date for the DRBC fracking ban and make it unmistakably clear where this thing is headed and how it is likely to be decided. Here’s what I take from the legal discussion:

These are the hurdles DRBC fracking ban has to overcome to be successfully implemented and they are many and high. The Marcellus Shale Coalition has done the citizens of the the upper Delaware River Basin right by these comments. The association deserves our many thanks for a job superbly done.