On Black Friday, the Trump Administration released Volume II of the National Climate Assessment. Running 1,600 pages, the report is the second volume of the fourth National Climate Assessment, which was mandated by Congress in the late 1980’s and is required to be prepared every four years by scientists from 13 designated government agencies. It is being referred to as NCA4 Vol. II. 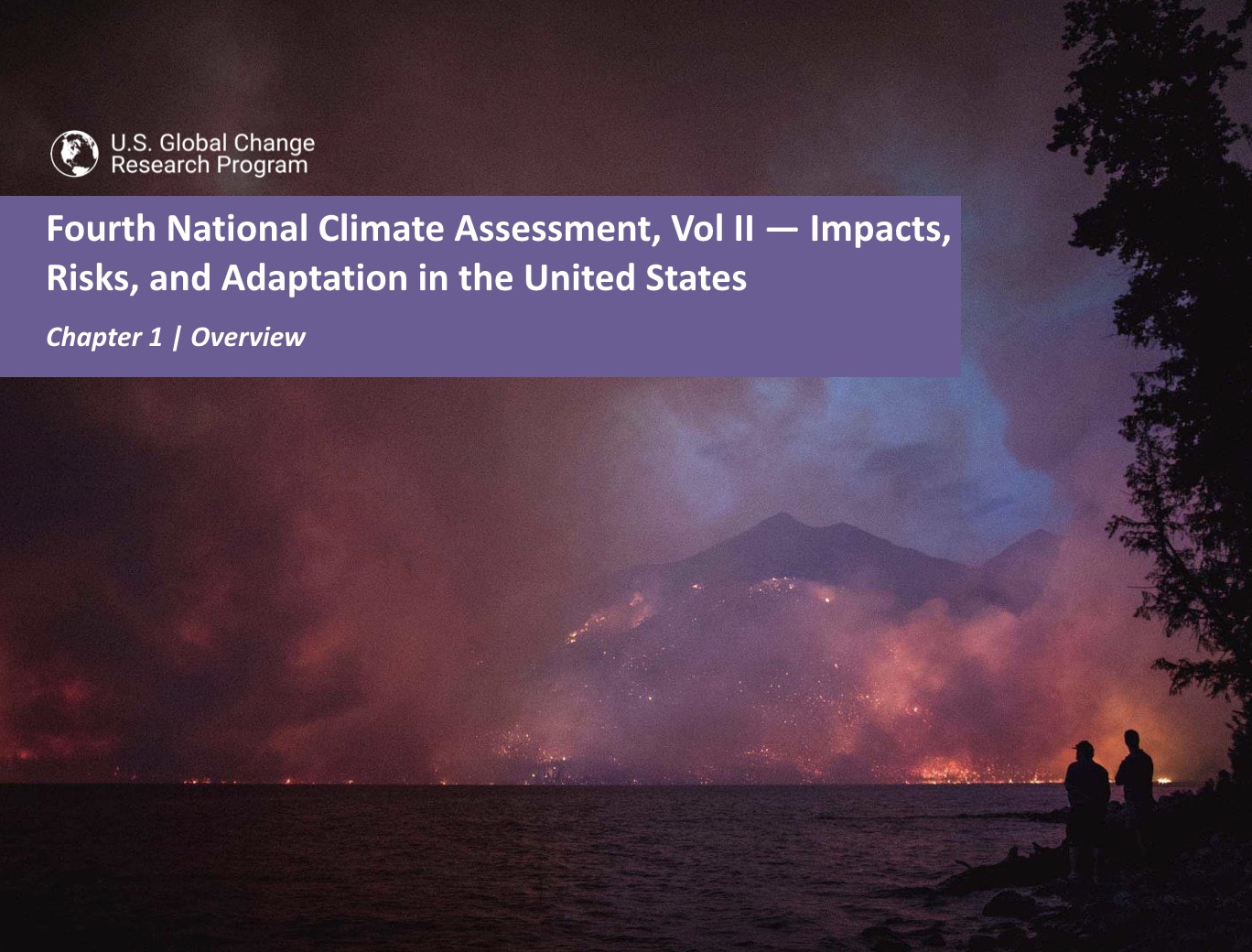 According to initial press headlines, the warnings contained in NCA4 Vol. II are dire. They include:

It is conceivable the initial press reports will turn out to be exaggerated and the actual language in NCA4 Vol. II is more nuanced than what has been reported. This Update specifically is being written before full examination of the 1,600 pages can be made, although we will certainly correct any errors or omissions in what the press has written about the Assessment as soon as a more fulsome review of the report is possible.

However, for most members of the public, the press reports may be the only information that they will ever receive about the Assessment because it is unlikely that most people will take the time to pore over 1,600 pages of dense text. They will only remember headlines like those listed above.

Whether fair or not, this is the environment that the natural gas industry finds itself in during 2018. It must adapt to that reality. While the industry can, and should, pick apart reports and assessments, including NCA4 Vol. II, to the extent that they contain erroneous data or jump to conclusions unwarranted by the evidence, the industry must realize the impact that the overall public mindset has on national, state, and local energy policy and initiatives.

To that end, the industry needs to recalibrate its message. For too long, what little public relations the industry as a whole has engaged in has concentrated almost only on the economic benefits of natural gas to consumers. While certainly not inaccurate, that overly simple message no longer will carry the day. The economic argument now is framed as: “We all can spend $X for energy which will destroy our planet, or we can spend $X time Y and save our planet. Nobody likes paying higher costs for anything, but if it will save our children’s futures, why shouldn’t we do it?”

It is imperative for the industry now to do two things. First, it must concentrate on the environmental case for natural gas, both over other fossil fuels and until so-called renewable energy becomes more universally available. The natural gas industry has a terrific story to tell, but it needs to tell it. The public does not know what the industry has not told it. America leads the world in greenhouse gas reductions since the fracking revolution. We’re producing massive new quantities of oil and gas, yet our greenhouse gas emissions have dropped over 10% to levels not seen since the 1980’s.

There is no harm in admitting that natural gas may not be the be all and end all of energy use to save the planet, but as a bridge fuel it is unsurpassed. If, as NCA4 Vol II states, we must do something positive fast for the environment to lessen any climate change impacts, there is no better way than to build out the natural gas pipeline infrastructure. This will allow the massive switch from coal to natural gas to occur as quickly as possible.

Second, the industry must point out, gently, that currently there is no feasible alternative. All proposals to power our economy via renewables still are speculative at best. Even if it can be done, we are decades away from a realistic plan to power the world with net neutral sources. Germany is a great example of this. In 2010 it refined its renewable energy policy to limit most, if not all, power projects not involving renewables.

Despite this, over the last few years, German carbon emissions have increased, not decreased. Now, desperate for energy, Germany is helping the Russians build a new pipeline directly to Germany and it is involved with Dow Chemical to erect a new liquefied natural gas power plant in Strade. Good intentions are one thing. NCA4 Vol. II makes it clear they are not enough.

If the industry truly believes in itself and what it’s doing, it should take up the challenge. Engage on the playing field where the battle is taking place. Target our message to the mindset of the audience, and don’t be afraid to amid there are things we don’t know. Despite NCA4 Vol. II’s warnings, fossil fuels will be with us for decades more, at least. Wishful thinking about promoting more renewables will not change that stark reality.

Until such time as renewables can effectively and completely power our modern economy, we all will benefit from clear headed policies that encourage increased natural gas development, transportation and usage while simultaneously establishing a priority to develop and implement a nationwide renewable energy strategy. Isn’t that really what we all should want?