Energy Transfer Partners, the company behind DAPL, is showing how to fight fractivism and the radical environmental enterprise with an overdue RICO lawsuit.

This is somewhat old news given the fact the lawsuit was filed two weeks ago, but it’s taken me that long to get through the 187 page complaint filed by DAPL owner Energy Transfer’s against its radical tormentors. A copy of the complaint may be found here and, as usual, I have highlighted the most important parts as I see them. It is a comprehensive allegation that opponents of DAPL, led by Greenpeace, operated as a racketeering enterprise. All I can say is the; it’s about damned time the industry played hardball with this enterprise and this is the way it should continue to fight back against all of fractivism. 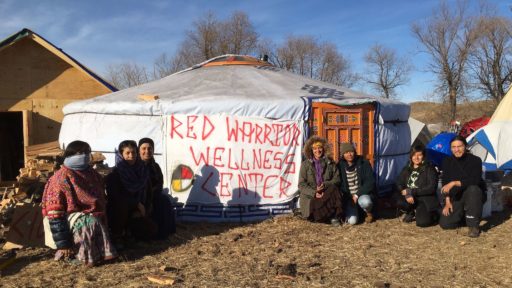 The targets of the lawsuit are trying to dismiss it as a frivolous attempt to intimidate opponents, of course, as they always do because that’s their own standard practice; to project onto others what they themselves do routinely. No one who has read the 187 page complaint, loaded up with details, could possibly reach that conclusion, though. This complaint is extraordinarily blunt, detailed and documented. It reads like a mystery novel in places as the attorneys who drafted it methodically lay out their Racketeer Influenced and Corrupt Organizations Act (RICO) allegations and evidence. Here are the opening paragraphs:

This case involves a network of putative not-for-profits and rogue eco-terrorist groups who employ patterns of criminal activity and campaigns of misinformation to target legitimate companies and industries with fabricated environmental claims and other purported misconduct, inflicting billions of dollars in damage. The network’s pattern of criminal and other misconduct includes (i) defrauding charitable donors and cheating federal and state tax authorities with claims that they are legitimate tax-free charitable organizations; (ii) cyberattacks; (ii) intentional and malicious interference with their targeted victim’s business  relationships; and (iv) physical violence, threats of violence and the purposeful destruction of private and federal property. Energy Transfer is the latest legitimate business targeted by this network.

Over several decades, certain once legitimate not-for-profit groups have been corrupted by money raised from individuals and a network of foundations and special interests willing to “contribute” to advance their own political or business agendas. More recently, many smaller, more violent eco-terrorist organizations and radicalized individuals have begun exploiting the same lucrative business model using the proliferation of web-based fundraising tools to make money, much of which is diverted for personal gain and not used to further any environmental cause.

In its simplest form, this model has two components: (1) manufacturing a media spectacle based upon phony but emotionally charged hot-button issues, sensational lies, and intentionally incited physical violence, property destruction, and other criminal conduct; and (2) relentlessly publicizing these sensational lies, manufactured conflict and conflagration, and misrepresented “causes” to generate funding from individual donors, foundations, and corporate sponsors. These putative “environmental” groups accept grants and other consideration from foundations and special business interests who use the groups’ environmental mantle to advance their own ulterior agendas.

This is about as good a description as I’ve seen of the radical fractivist enterprise I’ve witnessed in six years of fighting back against it. It is followed with extensive details laying out how it all works. I encourage readers to peruse the document for the highlights and make their own judgments but there are several things that interested me on my first read through. 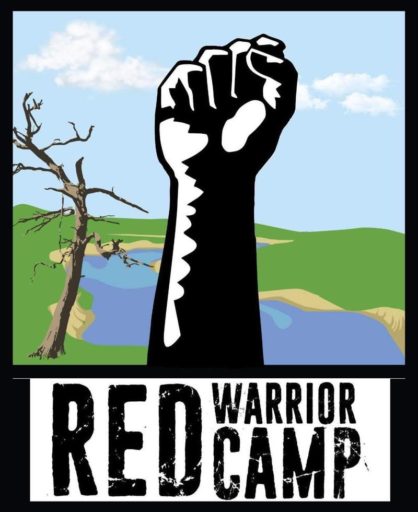 What will happen with this lawsuit? I have no idea. Courts are fickle. Regardless, the filing of the complaint itself is an immeasurably valuable public service in the way of education. Just exposing the Red Warrior Camp group for the radical terroristic enterprise it is constitutes a job well done, especially in this day and age of journalism where reporters simply refuse to see what’s obvious and pretend what is orchestrated is organic,

The complaint also, together with Cabot’s pushback against junkyard plaintiff Ray Kemble and his “pigs to rigs” lawyer, indicates a much needed turn toward taking the offense on the part of an industry much too accustomed to playing defense, rolling over and compromising. The failure of the industry to fight back in New York, instead taking the easy road of writing it off, has resulted in a heavy price being paid elsewhere as fractivists emboldened by their success there and flush with cash from Rockefeller types has jumped on opportunities elsewhere, including North Dakota. You can’t win fights you don’t join. The industry may be slow but I think they’re finally learning.