[Editor Comment: China is looking to dominate production of rare earth minerals such as Lithium and we are making ourselves vulnerable to this new virus.]

After years of planning, China now dominates the world’s production of new generation batteries that are used in electric vehicles and most portable consumer electronics such as cell phones and laptops. As the demand for electric vehicles grows, it is expected that most of them will be built with Chinese batteries, and most of those batteries will be lithium ion, which are also popular for cellphones and laptops because of their high energy per unit mass relative to other electrical energy storage systems. 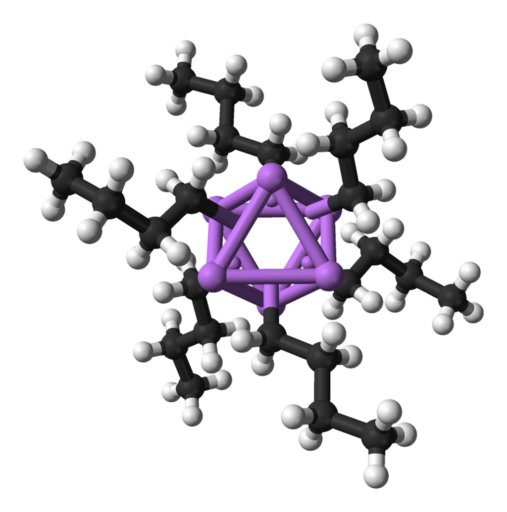 Hexameric structure of the n-butyllithium fragment in a crystal: Another China virus?

For the foreseeable future, the United States will be dependent on Chinese supply chains to produce the batteries that power America’s technologies. That will be particularly true if Joe Biden is able to implement his “clean energy” and climate plans that will transform our energy system, creating an even bigger role for batteries.

In 2019, Chinese chemical companies accounted for 80 percent of the world’s total output of raw materials for advanced batteries. China controls the processing of pretty much all the critical minerals–rare earth, lithium, cobalt, and graphite. Of the 136 lithium-ion battery plants in the pipeline to 2029, 101 are based in China. The largest manufacturer of electric vehicle batteries with a 27.9 percent market share is China’s Contemporary Amperex Technology Co. Ltd. (CATL) founded in 2011. Its chairman recently indicated that the company developed a power pack that lasts for more than a million miles.

China has only 1 percent of the world’s cobalt reserves, but it dominates in the processing of raw cobalt. The Democratic Republic of Congo (DRC) is the source of over two-thirds of global cobalt production, but China has over 80 percent control of the cobalt refining industry, where raw material is turned into commercial-grade cobalt metal. Furthermore, China owns eight of the 14 largest cobalt mines in the Democratic Republic of Congo and they account for about half of the country’s output. An American company once owned the largest DRC mine, but sold it in 2016 to China Molybdenum.

China mines only 6 percent of the world’s manganese, but refined 93 percent of it in 2019. Most manganese supply is concentrated in South Africa, followed by Australia and Gabon. North America produced zero manganese. Ukraine has a small operation, but it is not capable of producing feedstock for the battery supply chain.

Unlike the other minerals, the nickel mining industry is fairly evenly spread around the world and 35 percent of the chemical processing is outside of China; China controls 65 percent. Electric vehicles account for about 7 percent of overall nickel consumption today, but that would skyrocket under plans to electrify vehicles as proposed by Joe Biden.

China has focused on building capacity at every stage of the battery supply chain, thereby controlling the processing of almost all of the critical minerals. China’s approach recognizes that you do not need to own the raw material sources to control the global flow of trade in the supply chain. With Biden’s plans, the United States will be dependent again on key minerals for its energy system and this time the dependency will be with one country—China.

According to the U.S. Geological Survey, the United States imported 78 percent of its cobalt, and all of its graphite in 2019. It could take 20 to 30 years for the United States to catch up with China. It could also entail the development of new mines in the United States, which have historically been opposed by the same environmental groups and politicians who have urged the United States to electrify its vehicle fleet. It is clear that electrification of the U.S. economy and its transportation system will mean the “Chinafication” of these important parts of our economy.

Editor’s Note: Make no mistake; Lithium — the stand-in for all rare earth minerals used in renewables — simply represents the next threat from China and it a virus. It’s an economic virus, in fact, that is intended to destroy us.

2 thoughts on “Lithium May Well Be the Next Chinese Virus to Threaten the U.S.”