America’s energy revolution is bringing huge economic benefits, but there are still many who oppose it simply to protect their own self interests.

America’s ongoing oil and natural gas revolution is delivering big benefits to our economy, our environment and to our nation’s security. As the world’s top energy producer, America is leveraging this position of strength to grow good-paying jobs and economic opportunity here at home while firming up important trading partnership with key allies abroad. The increasing use of natural gas in power generation is also improving our environment at the same time.

This positive shift is a win for the America people and a blow to nations that previously used their energy resources against the U.S. as a political weapon.

Thankfully in Washington, American energy dominance is a central focus of the Trump administration’s policy priorities. With smart, jobs- and consumer-focused policies at the federal level as well as in energy-producing states, our economy and global political muscle will only grow stronger.

Anyone who follows energy trends hears a lot of debate around new pipelines, and how anti-fossil fuel activists want to stop infrastructure development that’s critical to creating jobs and boosting America’s manufacturing sector. We see much less discussion in the energy-related news media about how refineries and existing pipelines are responding to energy revolution’s shifting market dynamics and the benefits these actions bring to consumers. 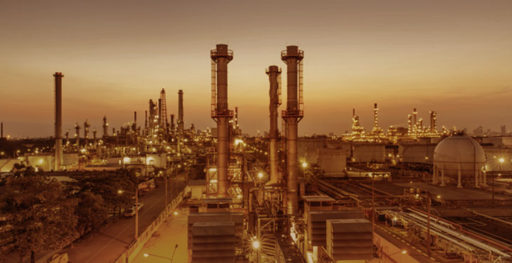 In the Midwest, refineries have made massive new investments – literally billions of dollars in capital – to expand operations to process more North American crude in recent years. According to Morningstar, these refiners can now process 300+ more mbopd today compared to 2010. And it’s a trend that will likely continue forward.

But more competition can be a scary thing for companies that fear change and have not planned for the future, and some are working aggressively to stop this positive progress from benefiting more Americans.

Throughout 2015, we saw aggressive push-back from some refiners during the debate to lift the decades-old ban on American oil exports. Prices will spike at the pump and jobs will be lost, they claimed. However, since that Jimmy Carter-era ban was lifted two years ago – on a bipartisan basis, no less – none of those claims have played out. In fact, that policy shift has now resulted in the United States becoming a major player in the international crude markets for the first time, enhancing our government’s leverage in negotiations with other countries.

With Midwest refiners ramping up output, current and new pipelines are adjusting accordingly because, well, that’s what free markets do.

In Pennsylvania, state regulators this week are considering one such commonsense, market-driven pipeline proposal that should be a no-brainer for approval given the clear consumer benefits it will provide.

Some strange bedfellows have emerged to oppose this project.  And while blocking pipelines and other key energy projects has become a full-time job for many activists, it’s not “keep it in the ground’ers” leading the opposition. The Laurel Pipe Line, after all, is already in the ground, having safely moved fuels from East Coast refineries to points west for the past six decades.

Instead, several businesses are working together to block the proposed partial reversal of this pipeline, claiming – you guessed it – that jobs will be lost and prices will increase for consumers.

The problem is, the facts don’t really support those arguments. Westward deliveries from East Coast refiners whose output keeps falling have dwindled (note that they rely heavily on OPEC- and other overseas imports). Midwest refiners, however, want to use that pipeline to reach more regional consumers.

Philadelphia-area refiners – including those who’ve received heavy taxpayer subsidies – want the state to again prop up their business by maintaining westward flow on a section of pipeline that’s increasingly underutilized. And fuel retailers with a hold on certain markets want the state to help them preserve that position – and keep competition at bay no matter the potential benefits to consumers.

Reversing Laurel between Pittsburgh and the Altoona area – as its operator, Buckeye Partners LLC, has proposed – would bring an additional 40,000 barrels a day of lower-cost, American-made fuel into Pennsylvania. This is a market-based business decision that would definitely benefit consumers.  Blocking those benefits to artificially protect selective business interests that have failed to keep up with the energy revolution would be the worst form of government picking winners and losers – a scenario that always harms consumers.

While many policymakers, academics and leading free-market organizations have voiced support of this project, others are clinging to the less productive status quo. Perhaps most surprisingly, some are Republicans who ironically claim to support enhanced competition and free markets, talking points that make no sense when one considers the position they’ve staked out on this issue.

Energy policies – in Washington and in states, including Pennsylvania – should put American consumer’s first, not special interests and corporate rent-seekers. Letting Laurel move forward with its proposed flow reversal is a no-brainer for good energy policy, because it’s a business decision driven by the markets, not by regulators.

One thought on “Let the Market Drive Our Energy Revolution, Not Special Interests”