David Morabito is fighting a Goliath we know as Gov. Andrew “Corruptocrat” Cuomo, his DEC and their fracking ban. His case details a travesty of justice.

It hasn’t gotten a lot of attention, but Attorney David R. Morabito of Rochester, New York and his wife are owners of property in Allegany County, just north of Potter County, Pennsylvania. It has some Marcellus Shale and what is probably, based on recent Shell wells across the border, some much better Utica Shale. Our “David” in this case, who happens to be a trial attorney, has been unable to develop his land for natural gas and has decided to take on one very big ugly “Goliath” who readers of this blog know as Andrew Cuomo’s political machine.

Yes, David Morabito is taking the Corrupotocrat’s political machine to Federal court after being denied not only by Cuomo’s Department of Environmental Conservation (DEC), but also his ever more political courts. The majority of the Third Department appeals court that rejected Morabito’s state lawsuit was, in fact, appointed by Corruptocrat, so it’s hardly a surprise they rejected his claims as merely “academic”—a characterization far more appropriate as a description of the reports DEC relied upon to do its fracking ban.

I’m not qualified to evaluate Morabito’s case (takings claims are notoriously difficult and that’s part of it) but I know this much: he has throughly documented the travesty of justice that is the New York fracking ban in a compelling way. His legal filing is must reading for anyone who wants to truly understand what happened to New York landowners. 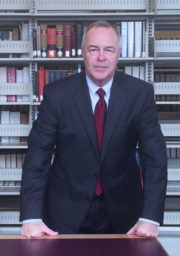 Here is a link to my highlighted copy of the Mirabito complaint, which is a public document, of course, but not one I suspect a lot of folks have read. What Morabito, very simply and in easy to grasp language, does is to methodically lay out the narrative of a gigantic theft of property rights. He argues it’s a land use taking (difficult to prove if there is residual property value remaining) but does so using the language of inverse condemnation familiar to those of us who have been involved in highway condemnation cases where partial takes of remaining property value are frequently involved. More importantly, Morabito argues a violation of due process; a denial of equal rights, if you will.

The due process aspect of the complaint, in lay terms, is essentially the case for New York’s fracking ban being pure politics; arbitrary and capricious in every way. I don’t believe anyone else has pulled it all together so well.

Morabito has done so by laying out the history and using the original draft Supplemental Generic Environmental Impact Statement (SGEIS) to demonstrate Cuomo and his DEC had already analyzed the impacts of fracking to the nth degree and concluded every potential significant adverse environmental impact was or could be mitigated by regulation and the imposition of conditions on permits. Then, Cuomo and his hacks decided it would be good politics to ban fracking and threw out all that to rely upon nothing but speculation that served his interests at the time, making a mockery of the entire SGEIS process.

Here are some of the key points from the complaint; all self-explanatory: 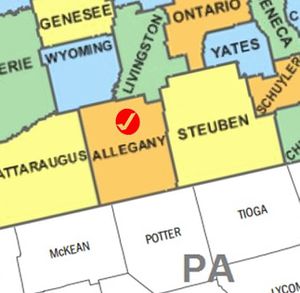 …the New York State Department of Environmental Conservation had previously filed Notices of Continuation with the Department of State that extended the rule-making process in order to give the New York State Commissioner of Health, Dr. Nirav Shah, time to complete their review of the Revised draft Supplemental Generic Environmental Impact Statement (Revised dSGEIS). It was alleged by the Department that the previous extensions were necessary, in part, in order to have consultation with “outside experts” of whether the Department had adequately addressed potential impacts to public health. Dr. Shah’s health review was completed during the Fall of 2014…

…the Commissioner of Health’s study was in direct conflict with the extensive studies, for the past twenty-five (25) years, by the Department which set forth that hydraulic fracturing could be done safely in the State of New York…

That’s the essence of the complaint, but here’s more:

Simply, the rules and regulations promulgated by the Department were more detailed, more concise, more stringent and had a greater impact in preserving water resources of the State of New York than any other state in the United States and the Federal EPA rules and regulations…

Unequivocally, the decision of the Defendants in barring the Plaintiff(s) the right to obtain a permit or the right to commence the process to obtain a permit to conduct high-volume hydraulic fracturing and conducting their own HVHF on their own private lands is arbitrary, irrational, capricious, meritless, not based on science, technology, best management practices and constituted a Taking in violation of the United States Constitution… 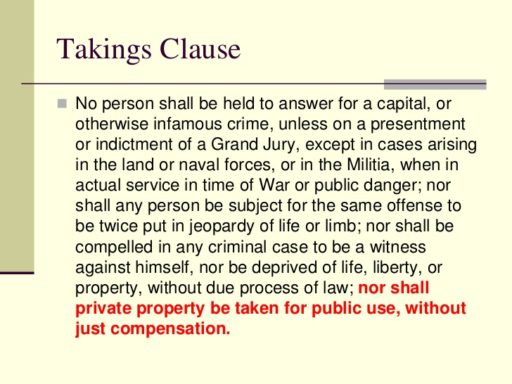 The New York Department of Health (DOH) is charged with protecting the public health of New Yorkers. The report that was prepared for the “decision” to ban HVHF is completely devoid of any facts to indicate that high-volume hydraulic fracturing is an unsafe practice in the State of New York and, more particularly, on Plaintiff(s)’ properties. The report sets forth that the scientific information was insufficient to make a determination of what, if any, health issues would be impacted on allowing the practice of conducting high-volume hydraulic fracking (HVHF).

Morabito also exposes the fact Cuomo’s politicized Department of Health turned the entire question of hydraulic fracturing’s safety upside down—classically demanding proof of innocence rather than guilt—thus ensuring there was always some risk that could be speculated:

The Conclusion in the Executive Summary, on Page 12, ultimately sets forth that “While a guarantee of absolute safety is not possible, an assessment of the risk to public health must be supported by adequate scientific information to determine with confidence that the overall risk is sufficiently low to justify HVHF in New York. The current scientific information is insufficient.”

Further review of the DOH study clearly established that there was no basis to their conclusion that HVHF on Plaintiff(s)’ properties, or in the State of New York was dangerous to the public health…

Pursuant to the Federal cases and New York State cases, either criminal or civil, these “alleged” studies and the individuals who conducted said studies would not even be able to testify under the Frye or Dauber threshold as there is no scientific reliability for any conclusions of any of the studies quoted in the DOH review. 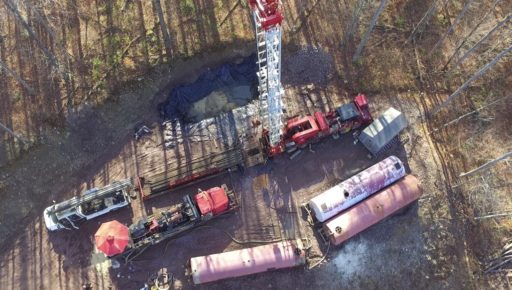 On Page 18 of the Report states “Peer-reviewed epidemiologic studies were not found that employ robust study designs addressing possible associations between HVHF activities and adverse health outcomes while providing adequate control for confounding and bias.” In other words, DOH could not even find any other scientist that would give a peer-review verifying the inconclusive, insufficient and deficient studies.

Moreover, upon review of the sources of DOH, it appears that the vast majority of their basis was from “anti-fracking” sources. Even the “anti-fracking sources” could not even validate their own allegations of public health issues.

Study after study offered by the DOH report clearly establishes that there was no connection or correlation of public health issues as a result of HVHF. DOH used unpublished reports prepared by environmental activists’ organizations that are anti-fracking that could not establish the health issues. The DOH review in the “study” used the following terms:

“casual relationship . . . may overstate the findings”;

“ no association was found”;

“the reports were “unclear””;

“the sample was self selected and there was no assessment of baseline health status or comparison with a similar populations”;

“no air or water monitoring data was presented”;

“the symptoms reported were common in the general population and can have many causes”;

“the results did not adequately account for potential confounders”;

“uncertainty about the strength of the study conclusions”; and

“authors noted that greater specificity and exposure estimates would be required to further explore the reported associations.”

…The DOH review also took studies initiated by other States that allow HVHF and could not draw any negative conclusions or assessments that HVHF would be dangerous for the public health of the residents of the State of New York or on Plaintiff(s)’ properties.

…it is absolutely devastating that the Defendants would use this study as a basis to ban HVHF gas exploration in the State of New York. The DOH review had absolutely no verifiable information or evidence that would indicate any negative consequences of HVHF on Plaintiff(s)’ properties. However, the studies… which occurred over 25 years, consisting of concrete science, historical facts and environmental studies, paid for by New York State taxpayers, were ignored.

…it is respectfully submitted that the Defendants used unreported studies that were never peer-reviewed by other scientists but simply by environmental groups that were against fracking is a frivolous act of waste and abuse to the taxpayers of New York State. The residents and citizens of the State of New York deserve more in their government than to make major decisions impacting many thousands of landowners, and in particular the Plaintiff(s), involving many billions of dollars of natural gas exploration extraction.

Not only would the lifting of the HVHF ban have positive economic impacts on the Plaintiff(s) but it could bring prosperity to the Southern Tier of New York which, in essence, is poverty stricken. The DOH in its “review” admitted that it had insufficient information, inconsistent information, conflicting information and a lack of information to make an intelligent decision to ban HVHF. It is hard for Plaintiff(s) to grasp that the Defendants and political officials would rather have their own political ambitions addressed rather than the needs of the residents of the State of New York, Western New York, the Southern Tier of New York and on Plaintiff(s)’ properties.

Morabito goes on to make his legal arguments supporting a conclusion this is a taking and a violation of his due process rights. The latter argument is especially compelling. How he will do is anybody’s guess but his 95 page complaint accomplishes one very important thing. It lays out, with striking clarity, the travesty of justice that has occurred with Governor Corruptocrat’s very arbitrary, capricious and political fracking ban. That alone is a public service of superb value.