The Delaware Povertykeeper and other hired gentry class bullies are preparing to fight the Consitution Pipeline again as prospects for FERC approval rise.

Anti-fossil fuel radicals are making noises, threatening noises, about how they may react when and if (as seems likely) the Federal Energy Regulatory Commission (FERC) decides to overrule New York State and allow the Williams Constitution Pipeline to finally, after five years, get built. 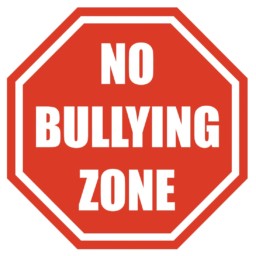 We won’t recall the entire history of Williams and FERC disagreeing over whether or not NY’s action in blocking the Constitution project was illegal. You can read that history here.

The current situation is that following a recent decision by the D.C. Circuit Court of Appeals, FERC decided to reconsider its earlier decision on Constitution. The D.C. Circuit ruled in another case that states (like NY) cannot keep asking project builders (like Williams) to withdraw applications for water crossing permits to “restart the clock” ticking (like they did with Constitution).

Such applications must be ruled on in one year, according to federal law. The court found pressuring applicants to withdraw and resubmit applications, thereby restarting the clock for an additional one year, violates the spirit and letter of the law. NY used that shenanigan against Williams with the Constitution project.

FERC is now rethinking, in light of the D.C. Circuit case, of whether to overrule NY and allow Constitution to move forward.

That situation has radicals like THE Delaware Riverkeeper and Stop the Pipeline up in arms:

However, the head of the Delaware Riverkeeper Network, Maya van Rossum, whose organization has intervened in cases challenging Constitution, called FERC’s move to reconsider its decision a “line in the sand kind of moment,” adding that it’s a “bridge too far” that trumps states’ rights and could provide an easy path forward for other pipeline projects in the future.

“What may be too early to say exactly is the how, and all the partners that hop on board and what will be the arguments and approaches that are used,” she said of the potential response to any gains made by Constitution. “But I don’t think it’s too early to say that there will be tremendous uprisings in opposition.”

If FERC were to waive New York’s WQC review, there are still other issues to work through. The project needs a new Section 404 permit from the U.S. Army Corps of Engineers, and it’s unclear how long that review might take. Constitution’s FERC certificate also faces a challenge in the U.S. Court of Appeals for the Second Circuit by several environmental groups.

Attorney Anne Marie Garti represents Stop the Pipeline, formed to oppose Constitution. It is one of the groups challenging the certificate. She said the organization doesn’t believe the Hoopa Valley decision will result in a waiver of New York’s authority. But she declined to discuss the strategy if that happens, noting only that “you can be sure we would not roll over.”*

What, exactly, does van Rossum mean by “tremendous uprisings in opposition”? Is she referring to lawsuits? Or something more ominous, like angry mob action? Or, something akin to Biff in this scene:

And what does Garti mean by “you can be sure we would not roll over” with respect to Constitution. Is she saying that she and those opposed to the Constitution will refuse to obey the law if FERC decides it’s OK to build the pipeline? What does “not roll over” actually mean? Please explain.

We’ve seen this movie before. Lawless people behave in a lawless fashion. They bully. They make threats. They intimidate when they lose lawsuits and regulatory decisions. We must stand up to this kind of intimidation and threats and push back. Hard. Legally, of course–but make no mistake, we won’t cower before malcontents. We have the LAW on our side, and we (on our side) obey the law. Regardless of whether or not we like the outcome.

Editor’s Note: Yes, the bullies lose at the end of the day; they always do. They’re simply gentry class tools employed to slow the progress of natural gas development while their employers can grab more land and pursue more corporatist green energy scams. It’s all about the land and green rent-seeking and always is when you dig deep and follow the money.