[Editor’s Note: Laterals just keep getting longer as drilling moves out underground and stays confined to a small well pad on the surface.]

Deep Well Services (DWS), headquartered in Butler County, PA, is living up to the company name. DWS is one of our favorite oilfield services companies, born right here in the Marcellus/Utica. DWS specializes in “snubbing” work–completing those super-long laterals you read about. Earlier this year the company drilled three more record-breaking wells–the longest onshore wells ever drilled in the world! The current record-holding well drilled by DWS, completed just last quarter, is located in… 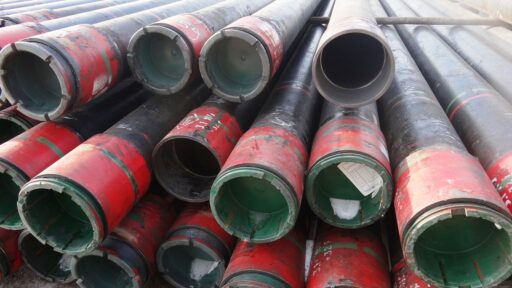 The new world record-holder is a Utica well located in Ohio, according to DWS spokesman Matt Tourigny quoted in the American Oil & Gas Reporter article excerpted below. The well has a horizontal (lateral) that reaches 19,883 feet, or 3.8 miles. When you include the vertical portion of the well and measure the entire length of the hole from the tippy top of the well to the “toe” or the very last part of the well (called “measured depth” or MD), the distance is an amazing 30,746 feet, or 5.8 miles! Can you imagine pushing pipe through a 5.8-mile hole? Incredible.

Who owns the wells and where are these super wells located? So far the producers have not revealed their identities. We don’t know or we would blab it to you. What we do know is that the locations for two of this year’s three new record-long wells (both Marcellus wells) is somewhere in southwest PA. The new reigning champion for longest onshore well is located somewhere in eastern OH. When and if we find out the identities of the companies operating these wells we’ll let you know.

Meanwhile, read about this exciting news below. The excerpts come from an article, appearing in The American Oil & Gas Reporter, which is long and gets a bit technical, but it’s all good stuff. Congrats to CEO Mark Marmo and our friends at DWS for the great, world-record work they continue to do!

In the spring of 2016, the Purple Hayes No. 1H in Ohio’s Utica Shale play made history as the longest lateral ever drilled on shore in the United States. It was a “moonshot” moment in Appalachian Basin horizontal development, opening a brave new world in extended-reach architectures and establishing a number of benchmarks for drilling and completion operations.

But after the drilling rig and frac spread moved off location, a specially designed hydraulic completion unit (HCU) moved on to perform an unheralded but integral part of the wellbore construction process that was every bit as impressive: milling out 123 composite frac plugs spaced every 150 feet apart along the 18,544-foot lateral and running the production tubing in a post-frac pressurized downhole environment.

The HCU used on Purple Hayes was the first of its class. It incorporated a number of purpose-engineered components to enhance the rotary and pressure control capabilities of the integrated rig/snubbing unit, allowing it to safely achieve a plug-back total depth of 26,868 feet, according to Matt Tourigny, vice president of marketing and innovation at Deep Well Services, a Division of Sun Energy Services LLC. “We began developing a next-generation HCU solution in response to the job requirements on Purple Hayes,” he says. “Frac plug drill-out operations had never been attempted at that kind of total measured depth. It was five miles from the surface to the toe, and the lateral was more than 3.5 miles long.”

Jump forward to 2020, and the same base HCU design engineered for Appalachia’s first “super lateral” once again is helping operators accomplish the incredible, pushing lateral lengths and total measured depths beyond those achieved on Purple Hayes.

“In the second and third quarters alone, three wells set new records for lateral length and MD,” Tourigny observes. “No basin in the world is drilling and completing long laterals like Appalachia. Five years ago, 6,000 feet was a long lateral. Today, 20,000 feet is a long lateral, and 15,000 feet has become routine.”

Editor’s Note: Longer laterals below ground means less disturbance above ground. This is what I said over three years ago about this:

The biggest benefit of longer laterals, though, is the open space they help protect. It’s not only the minimization of land disturbance that’s important but also the fact landowners can capture the value of their natural resources without selling the farm or the woods. Longer laterals means ever more income from ever less disturbance. Farmers can keep farming, in other words and large landowners don’t have to sell their land to pay taxes. Land can be economically productive with the ever shrinking footprints. No other type of land use or economic development produces so much with so little and the ratio just keeps improving.

There’s no better open space program around than gas drilling, in fact. That’s why I have told several people on both sides of the debate that there’s no need to drill within the Upper Delaware River corridor near where I live. It’s less than two miles wide and a gas company could drill under it and capture the resource without ever touching anything close to it on the surface. When you’re a mile and a half down and three miles out, there is no impact. It’s just a win for both sides. That’s why I love the gas industry. It’s non-stop innovation with benefits for everyone – even fractivists.

So, now we’re going up to five miles below ground, which means the gas under Windsor, NY, where Jim lives, could be harvested from a well pad in Pennsylvania. I think we’ve found a solution for the Southern Tier! Governor Cuorruptocrat would never approve, of course, but it could easily be done!