We’re off to a good start since my last post and I want to thank the contributors so far for their generosity and commitment to be heard. Some of you have written checks because you don’t go online with your credit cards and I thank you for those checks, too.  Landowner Advocates of New York is a registered not-for-profit corporation but no donations by either check or credit card will be deposited until such time as we raise the minimum funds required to launch a lawsuit and resolve our tax status. But, a big “Thank You” in the meantime!

Some very good news in the meantime; I have been invited to speak in Albany on our plight and talk about Landowners Advocates of New York. The date is October 19th and the event will be sponsored by landowner advocate groups from here in New York and across the country. I will soak up this expense as it will be a privilege to represent you.

Make no mistake, Landowners Advocates of New York. is not about me, It is about everyone who has been denied their right to lease their land simply because we live in the most corruptly governed state in the nation.

I don’t know about you but I am tired of the lack of representation in Albany, in the media, and in public. We need voices groomed on our experience since 2008 and who have never quit the fight and have grown because of it. We don’t accept the falsehood that as long as Andrew Cuomo is in office we don’t stand a chance. I am pleased to be one of those voices and to have kept fighting, as many of you have done as well. Defeat is what the powers to be want us to accept, but with your donations we can get the attention of the media and the public!

We have here an opportunity to have a fellow landowner, an attorney who works for one of the best litigation firms in Upstate, New York. His office has successfully won previous cases on this very issue in a New York Supreme Court.

I am not so humble as not to pray for victory or beg for your help. We will get to court on a taking if you send in just $10 for five acres or less, $20 for ten or less, $1 for every acre over $20 or whatever amount you can afford. It is not me you’re supporting; you’re supporting yourself and justice for the New York landowners.

At this time please make all contributions through GoFundMe. Again I Thank You! 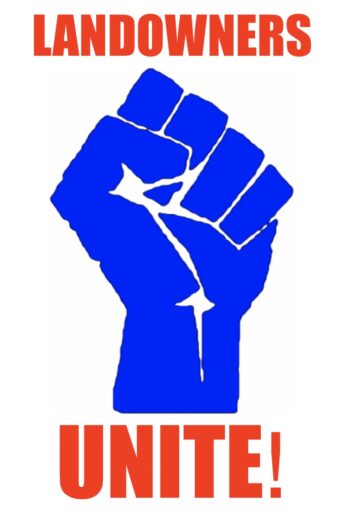 One thought on “Landowner Advocates of New York Moving Ahead, Says Furman!”