The Keep It in the Ground folks are engaged in a campaign of lies and litigation designed to tie up the system in knots and impose an ideological agenda.

The “Keep It in the Ground” activists behind Juliana v. United States—the “trial of the millennium”—are also the driving forces behind the “necessity defense” trials of the “valve turners” and other eco-terrorists—the “holy grail of climate activism.”

And, both of these litigation strategies are part of a “coordinated litigation campaign” designed to “force the managed decline of fossil fuels.” 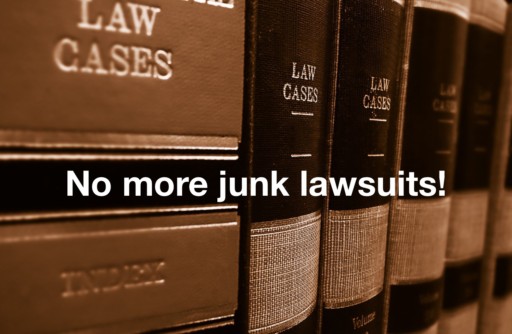 The legal principle at the heart of both of these litigation strategies is the “public trust doctrine,” which maintains that the government has the responsibility to “hold in trust for public use some resources such as shoreline between the high and low tide lines, regardless of private property ownership.”

In Juliana v. United States—the lawsuit brought by Our Children’s Trust on behalf of a group of young people against the White House and several federal government agencies—the plaintiffs allege that the defendants “deliberately allow[ed] atmospheric CO2 concentrations to escalate to levels unprecedented in human history,” thereby causing “substantial impairment and alienation of their public trust resources.”

Our Children’s Trust also invoked the public trust doctrine in the amicus curiae brief they filed on behalf of the Delta 5, a group of activists who sought to invoke the necessity defense in their trial for blocking trains carrying Bakken crude oil in Bellingham, Washington in 2014.

These Keep it in the Ground (KIITG) activists have turned to the courts because existing laws and regulations on the federal level and in all 50 states routinely thwart their extremist “Keep It in the Ground” mission. They are attempting to do an end-run around existing law and set a precedent by convincing just one sympathetic jury that the public trust doctrine grants the activists the authority to disobey laws.

Setting such a precedent is just the beginning of their litigation strategy. According to Mary Christina Wood, who is widely credited with developing the litigation strategy based on the public trust doctrine, the plaintiff’s in Juliana are asking the court “to order an enforceable plan for decarbonization and drawdown [which will] require massive funding—perhaps in the trillions of dollars.”

This legal strategy is not the fanciful musings of an activist grad student. Every major KIITG activist—from Bill McKibben to James Hansen—is intimately involved in both the Juliana case and the necessity defense litigation strategies. In fact, James Hansen is a plaintiff in Juliana, “acting as guardian for future generations,” according to the suit. And his granddaughter is one of the youth plaintiffs in the lawsuit.

Now that the U.S. Supreme Court has ruled that Juliana can proceed to trial, and KIITG activists are redoubling their efforts to get a necessity defense case heard by a jury, there is no doubt that this legal crusade will continue for years to come.

Editor’s Note: My opinion on global warming is akin to that of climate scientist Judith Curry, who sees evidence of man-made warming but finds the the case for it to be wildly over-stated and the proposed remedies irrational when the issue is put into perspective. I also take it a step further by pointing out anyone worried about global warming ought to be a fan of natural gas because it’s achieved far more to reduce emissions than anything else. Having said that I find the attempts by “Keep It in the Ground” to hype the issue despicable.

This coordinated litigation strategy is nothing more than legal bullying on a grand scale; all financed by extraordinarily wealthy special interests disguised as philanthropists. The junk lawsuits are accompanied by junk science. Here’s an example. Yet, the findings of this junk science were accepted uncritically by most of the press and they passed through peer review. This is why it’s so hard to have a rational discussion on the subject.

Enough already! If global warmists want more support they need to stop bullying, stop lying and pay attention to what’s really getting the job done — natural gas. They also need to recognize fracking made it possible.